Everything typed below this was a KNOWN issue with the Closed AND Open BETA, and it is still here, with the Early Access to the Full Game.

Game is maxing out my CPU at 100%, and my CPU ain't cheap. Meanwhile, my 1070 is only at 10% usage. So it's not balancing between CPU and GPU correctly, and I dove through all the settings for twice as long as I actually played the game, hoping to find a simple fix without any progress. I'm running at mid 40s - 62 FPS tops, and it doesn't change at all, regardless of me setting graphics settings to Low OR Ultra. And CPU is at 100% even with me NOT streaming, and having Spotify AND Discord killed. So there is definitely some sort of issue here.

One of the previous Madden games would max my CPU at 100% as well, and when I turned off VOIP and some other setting that has NOTHING to do with performance, it stopped doing so. So MAYBE it's some dumb * like that again (both are EA games), or the game needs some sort of optimization balance, because there is absolutely no reason for my Graphics Card to be CHILLING at 10% usage while my CPU, which is a higher end piece of equipment than my GPU, is actually just killing itself.

If I could get 50-60 FPS and NOT have my CPU maxed out, I'd be fine with it. It's the fact that my GPU is barely being used while this game is overloading my CPU for no reason.

i7-7700k Kaby Lake (4.2 GhZ Base Clock) with a ASUS ROG STRIX 1070-OC-8GB along with 32-GB of RAM (This setup runs every other game I play just fine. Including games that are very heavy on your hardware, like Escape From Tarkov, ARMA with a ton of Mods, DayZ with a ton of Mods, Minecraft with a * ton of Mods, Battlefield 1 and V, and the list goes on.

Plus I can stream AND record these games at the same time and still not even be close to having my CPU at 100%. Yet this game is at 100% CPU with no recording or streaming happening, no Discord, no Spotify, nothing. And again, my GPU is CHILLING at 10-15%.

Update: This is already being investigated by Devs.

I will mark this as a solution to notify players replying to the thread. 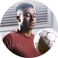 Got any ideas on a fix?

It has to be the game having an issue with our stuff more than it is our builds just not working for some reason, right? Considering I don't have any issues with other games.

Sure wish we could have had a proper BETA, where glaringly obvious issues like this would have been fixed...

Product: Battlefield 2042
Platform:PC
Please specify your platform model. PC
AMD or Nvidia Model Number RTX 3080 Ti
Enter RAM memory size in GB 32GB
Are you using any software with an overlay? No
Which part of the game is the issue happening in? Multiplayer
Which part of the mode? Conquest
Please select your region North America
On which server did this happen?
When did this happen? (dd.mm.yy hh:mm)
Summarize your bug The game doesn't use more than 50% of my GPU or 70% of my CPU and my frames are stuttering pretty hard. Doesn't matter whether I have my game at max settings or lowest.
How often does the bug occur? Every time (100%)
Steps: How can we find the bug ourselves? Try the game with a 3080 Ti (?)
What happens when the bug occurs? Low frame rate (60) at 1080p & inconsistencies of smooth rendering
What should be happening instead? not this lol

Low frame rate and low GPU usage on a 3080 Ti. Not CPU bottlenecked. Hitting 40-70 FPS whether my game is on low or max settings. GPU isn't going over 50% usage in any situation.

@TTV_miniHAWKn00b I tried so many things during the beta with 0 success that I haven't bothered to try dive so deep into it today. Closed the game for now, needs a patch or some sort of response from devs
Message 8 of 853 (45,174 Views)
Reply
4

I understand that the day one patch still does not come out as the official launch date is November 19, we hope there will be an improvement in the optimization.

Same thing as in the beta.

Why can't they just add an option for smaller render distance?

It is rendering every character on the map for me..