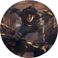 I started to getting exactly the same symptoms after switching hardware (CPU, RAM and MOBO) so I think it might be hardware related or actually pinpointed to something close to it.

I was playing fine without this issue on a pretty weak configuration of i5-4570, 8GB of RAM, and RX480 and I didn't get this issue even once...

but when I got my Motherboard back from RMA, I switched back to Ryzen 7 2700X and 64GB of RAM atm, but I'm pretty sure it was also happnening back in the day while I was sitting on 16 and 32GB kits.

It leaves either some RAM Frequency problem, CPU handling of it, or some driver related. I hope that I will find some solution, but I thought it would be nice to actually leave my speculations on this.

Either way... I'm pretty irritated on this, cause the game runs very smoooth right now, but these crashes ruining it for me again... lately all I'm doing is troubleshooting things related to this game, instead of enjoying the game.


My bet would be either my Ryzen/RAM, pretty much sure about something to do with the RAM in my case, but it could be something else... I will make another reply If I would manage to fix the issue in my case.


EDIT: 1 Fun fact = After changing hardware in a span of 30 minutes max between playing Apex on old and new configuration, there was a update of 30MB... and I don't think it was some bugfix update, but something related to my hardware change, so now I'm "Repairing" My Game through Origin after second Crash, and it seems that I need to download 13.71GB of data... which is interesting... so it's worth a go... 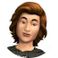 There are multiple causes of crashes, but my crashes where fixed for month now just by setting EasyAntiCheat service in services.msc to restart if the service fails.

I had a long story of crashing before and nothing fixed it, after playing multiple other games using EasyAntiCheat i noticed that those games crash too with same symptoms and no logfile.

Im playing month's now with full Overclocks/MSI Afterburner/Geforce Experience/Overlays and can stream without any crashes.