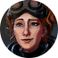 Product: Apex Legends
Platform:PC
Please specify your platform model. PC
AMD or Nvidia Model Number Acer Aspire E17 series Processor: Intel Core i5 7200U, Intel Core i7 5500U Graphics Adapter: NVIDIA GeForce 840M, NVIDIA GeForce 940MX
Enter RAM memory size in GB 7.9GB
What is your gamertag/PSN ID/EA Account name? Sagekko
Please provide your squad mates' gamertag/PSN ID/EA Account name if possible.
Which Legend were you playing (if applicable)? Bloodhound//Octane
Which Legends were your squad mates using (if applicable)?
Where did the issue occur? In the lobby (waiting area before the match)
Which part of the map or menu were you in? If you don't remember the exact name, please describe the area or what you were trying to do in the menu. Got disconnected in lobby, got disconnected during matches. Insane lag during both. Disconnected with code:leaf
What were you doing when the issue occurred? E.g. respawning a squad mate at a beacon, using an ability, a squad mate left the game. Trying to load in, dropping, just playing the game...
Did your squad mates also experience the issue? Yes
How many matches had you played in a row before the issue occurred? A few, like 5. Now it continues to happen, match after match, all damn day.
When did this happen? (dd.mm.yy hh:mm) 08.06.19 11:00am-4:30pm EST
How often does the bug occur? Often (50% - 99%)
How severe is your issue? Major impacts to gameplay
What happens when the bug occurs? When I'm trying to start the match, the brief "Apex Legends" Screen that opens before you pick your legends sometimes will open, then re-open, then re-open again and again until it disconnects me usually with [Code:leaf]. Sometimes I'll succeed through the choosing legends and the lag will begin on the drop. Players appear not to be moving, then appear in another location, delayed responses to pings and clicking, etc. Normal lag stuff, just really severe. Sometimes the lag won't begin until during a match, but once it starts, it doesn't stop until you're disconnected.
What should be happening instead? I can't expect absolutely no lag, it happens, but the constant disconnecting and severe lag is really depressing. I'd expect less disconnecting and lag, something on your end must be wrong.
Steps: How can we find the bug ourselves? I don't know much about it, but maybe inspect or restart your servers? Not really sure.

This is an example of how it might begin during the match; I began the match just fine, dropped at runoff and then lag began when I entered the pit to loot. There were 6 squads left in Elite, I opened a legendary loot tick and got a fully kitted r301. Then immediately after I left the pit I was disconnected. [Code:leaf]. I don't know what's going on with your servers, but it's been an issue today and I'm really upset. I have been disconnected 21 times today. It's incredibly frustrating.

I know this is going to be addressed in the next patch but good lord it's getting annoying. Season 2 hype and the hunt challenges brought me back to the game, even to th epoint where I was willing to set my hatred of the OP energy weapons aside but Code:Leaf is driving me away again.

When this game is good..it's DAMN GOOD but when this sorta stuff happens? It's just demotivating.

I can never get into a match with my little brother. We can play literally any other game online with no problems at all but when we try to do apex together it just refuses to work. I don't know what respawn has done with their connections but for some reason it just will never work when we try and party up. We can play with random just fine but when it's the two of us it just crashes every time

It’s not the games devs fault respawn in not involved with ea’s side of things. It’s the servers I’ve done a UOtrace used a diffrent login I use a lan (Ethernet) cable I clear MAC address everything. Nothing has worked instead of ea giving ninja that 1million they should have used it on their servers instead!

I’ve called ea multiple times and still no solution I’ve done all of the connection error stuff it’s simply the servers, instead of EA paying ninja 1mil you guys should have spent it on upgrading/ new servers....

Code leaf is an unknown disconnection

Are you on console or PC?

Every other game is a code leaf!

Love how they ask to please check your internet connection as if this was an issue on my end!