When is this Code NET stuff going to be fixed? The game is unplayable at this point, Code NET crash nearly every game, sometimes up to 5 times in a single match. Many times I can jump straight back in (hoping that Im not dead from being in the middle of a gun fight or outside the ring) but occasionally followed by Code LEAF.

Everything in my network has been reset multiple times. Game has been reinstalled and moved from External HD to Internal several times. Alt Mac addys cleared. DNS set to suggested addresses. 2 different xboxs have the same problem, wifi or ethernet or even CELLULAR HOTSPOT. Installed on PC, didnt crash just didnt find a match after a while of waiting so I quit out but it ran through the tutorial fine. (whereas Ive gotten crashes in the lobby or while opening packs). Havent tried my PS4 yet, but Im getting tired of doing the work for them.

Ive also downloaded the program suggested in some threads that tests ping and packet loss... very low ping and no loss. Running out of things to check on my end.

Searching code NET indicates it is strictly server side... but Ive seen posts about this dating back years. So what gives? Why is this the only multiplayer server I have problems connecting to? How much more money do I need to spend on a free game in order to be able to play it? I play Apex because I really enjoy it, the movement is more fluid than anything else, its hard to even go back to playing COD after spending time with it. But why cant a company this big manage their servers? And why do these posts keep getting marked "solved" when nothing is fixed? 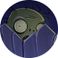 @blastmyburgerApparently these steps for the "workaround" work only for the non Code:Net issue. So seems like we are stuck waiting on EA and Respawn to figure their stuff out. I'm on PC but same thing is happening to console players regarding Code:Net.

@proteinbrains my apologies, i didnt mean to hijack a post, or my post was moved and consolidated into this one. was trying to start one from scratch but apparently im not smart enough to even figure the technical issues forum out lol
Message 13 of 34 (400 Views)
Reply
0

I'm having the same issue on ps4 ever since yesterday.  I was trying to start a ranked game with some friends but was unable to becuase it kept showing my teammates as being bronze IV even though they aren't.

So I decided to try to reboot the game to see if that would solve the issue.  Ever since then I've been unable to get into the game at all as I'm having the exact same issue as the OP.  I've invested hundreds of dollars into this game and now I'm unable to play at all which is especially disheartening as I'm currently on holiday and was looking forward to ranking up and leveling my battlepass.

I haven't heard anything from respawn or EA on this very serious game destroying bug and its very disappointing.  I don't believe the issue is on my end as all of my other online games and services from other developers and publishers are working just fine.

my psn is camel-fingers.  Please fix this bug ASAP EA/Respawn.  There's no excuses for a billion dollar franchise from a multibillion dollar company to have this many server issues 2 years running.

Just thought Id jump in and let people know... after 3 more crashes last game I found a way into live chat. Gave him the breakdown of my setup and all that ive done on my end. after conferring with his team, they are aware of it being a known issue and there is nothing to do on my end at all. It sucks. Hopefully its fixed soon. But yeah, just a waiting game guys

@VinnieMac_RgQt Mate, you're not getting it are you? Game crash suggests you played the game.
OP and the rest of us can't even start the game. Stop hijacking this post with your unrelated content.

Also, it's been a week straight since my last successful login to my account. Clearly they are not working on this issue hard enough. Tried every help channel. Telling me to wait it out is just lazy support work tbh.
Message 16 of 34 (334 Views)
Reply
2

@Parrotox-Youtube uh here we go. "problem elitism" is obnoxious and you should get over yourself. I tried to start a new thread (reading may be tough, but sound it out, i stated this). If you dont like the message, thats fine, i wasnt talking DIRECTLY TO YOU. keyboard warrior-ing doesnt prove anything. CODE:NET means something specific, connection is being lost server side. How some of us are getting through momentarily, i dont know. Am i defending them, absolutely not. im relaying the message because its frustrating to all of us. Id hardly call picking up a gun and running a few feet "playing the game" its not minecraft. Sitting in your parents car, turning the steering wheel back and forth and yelling "VROOM VROOM" isnt driving. its been several weeks since i started receiving this error so i get it. but taking your adolescent rage out on me isnt going to help you
Message 18 of 34 (317 Views)
Reply
0

@VinnieMac_RgQt Wow a lot of projection in your message mate. There was no hate, anger or problem elitisim in my message. Starting a new thread on exisiting issues is the reason they don't get noticied.

And out of respect towards OP and urgency of this thread I'll leave it at that. Your issue has had its specific threads in the past. Go mention your issues there. Cheers
Message 19 of 34 (315 Views)
Reply
0

How is it possible that this is still and ongoing issue over 4 weeks later? Even after they claimed to have released a patch that should have fixed login issues. Mind-blowing how absolutely terrible the devs are in this game.