Having the same issue.  Tried everything suggested here to no avail. Really hoping they get this purple nightmare figured out.

I'm having a similar issue that the screen is going black when the game triggers Dolby Vision and nothing fixes it. The game is unplayable in it's current state on my LG C8 tv.

Try to disable HDR in Windows and change resolution to 1080p in game.

So after I posted my fix that worked for me... It just stopped working today when I tried it 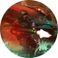 TCL 55P605 as my third monitor. GTX 1080. Through Pioneer Elite receiver (don't recall the specific model but one with full 4k, HDR, and Dolby Vision support)

Can't run the game fullscreen at 1440 or any variation of 4k (not that my card could even handle it if i wanted) without the pink artifacted visuals as it attempts to trigger HDR.

I can run 1080p fullscreen and it clicks over to Dolby Vision. Works in a pinch but I'd rather not be limited to that. Dolby Vision's implementation in this game, frankly, looks awful. With overly bright/contrasted and oversaturated hotspots wherever there are bright light sources, especially in otherwise well-lit areas.

I've tried just about everything I'm willing to do to address it. Disabled Windows' HDR features, changed output color settings and dynamic range in NVIDIA Control Panel, tried every combination of tabbing, maximizing, plugging and unplugging, shifting screens around my monitors, etc. I'm not digging through config files (though if there's a simple line I can change, I'm all ears) or trying to disable it on my TV for this one game. Especially considering upon further research it appears to be an ongoing issue with Frostbite games.

And I've seen the official BioWare response that a toggle is coming on the 22nd. A couple of thoughts about that:

I have a GTX 1080 and a Samsung 4k monitor, and here's how I get around the purple screen:

I default to Borderless Window.

Switch from Borderless window to Fullscreen and accept changes...for me this changes the colors to a washed out, low contrast version of the proper colors.

Switch back to Borderless Window and accept changes...for whatever reason this returns the colors and sharpness to what they should be.

Its a bit of a pain, but it only takes a few seconds...for me at least it'll do until a proper fix is implemented.  Hope this helps!

Ok so I definitely solved it for myself. However it is tedious.

My solution: (I am not at my PC so this is by memory)

BEFORE YOU DO THIS!!! Make sure you set all your graphic options, keybinds etc to how you want them.

Save your copy. Now delete the profile_options and make an ADDITIONAL copy of the file you just edited naming it "profile_options" DO NOT USE THE FILE YOU EDITED! No matter if you set the file to read-only the game will change it. You always want a backup of the file so you can simply delete the game edited version and replace it with yours because it is quicker than editing all the values each time.

Now launch the game and enjoy. However each time you exit or if you alt-tab out the game will reset your options. Meaning you will need to copy your file and replace the system updared one EVERY time... It is a tedious pain for sure.

Re: Pink and purple screen when switching to full screen, please help!