7 day suspension with no warning... a year later permabanned

7 day suspension with no warning... a year later permabanned

Hello, I received messages from EA services telling me about "Hateful speech" . I was instantly banned without warning while my other friend received a warning. Me and my friend were in duos expressing our feelings and I said “that’s so gay to me” when in actuality, I meant “thats so gray to me”. I misspelled a word and received an instaban. Nevertheless, I do not believe that this is worth a Permaban. I have contacted EA Customer service on my case a few hours ago and their response was, "We have looked further into the matter and decided that you will stay banned. Do not contact us again as you will get no response." Bringing personal feelings and emotions into a case when your job is to be fair in repercussions should be a thing but it's not with EA. A warning should've been issued to me, same as my friend. Not a ban. I’ve previously received a suspension for a week, one year ago(with no prior account warnings/violations either.)  Prior to this ban we were called racial slurs by other teammates multiple times in a match, and nothing happened to them. Isn't the entire point of dedicating a team to overview bans to be able to deliver accurate justice sentencings for wrongful terminations? Upholding one action and holding the other accountable is inexcusable, and both should be met with swift, accurate, precise, verdicts on account status. Once again, not bias and personal feelings. Please commit a thorough investigation of my case, I have spent over a thousand hours and hundreds of dollars on this account, and due to a common minor error and miscommunication on EA’s part, I was punished to the most extreme status without warning. And even though I misspelled the word "gray" to "gay", I didn't even know Gay was a bad word? Respawn continuously supports LGBTQ and now simply saying Gay in a normal conversation (no insults) results in a permanent ban.

And before you guys suggest I submit a new appeal, I understand the whole procedure, however, it hasn't been very effective for me at all. EA's customer service refuses to hear me out and wants to shut my case down immediately. Although I explain my situation in-depth, add as many attachments to prove my stand, and state how unfairly I am being punished to the extreme, I just get the same automated replies. "Please do not expect further responses on this matter."

Honestly, I feel like I'm not being heard and they want to get rid of my case as soon as possible without a care for how much time and money I put into my game. I understand that I had said the bad word "gay", and I admit that I made a small mistake and shouldn't have said it in the first place. It was out of pure frustration. It was not my intention to go from a 7-day suspension to a permaban. I think this is a little too extreme. It's so frustrating, I wish there was more help I can get beyond the Customer service on EA's website because they gave up on assisting me. I feel like I'm never talking to a real person because they dismiss me immediately with no regard even though I am a loyal consumer and supported it's the company for over a year now.

If our TOS team has denied multiple appeals @icyhotD then there is nothing that anyone in EA can do to change this.

Should you create further appeals then they will be closed by our TOS team.

Going to lock this thread now. 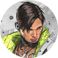 UA states that you may get warned.

They are allowed to instantly terminate your license once you've violated their agreement, legally, this seems correct. (IANAL)

I can pretty much already say that these forums won't be a help to you, these are community-ran forums which means that account issues are 100% not dealt with here.

Now of course I can't check your account for what you've done, so personally I can't really say whether or not this ban was justified.

I've heard some cases of users that had gotten banned, only after a lot of appeals did they get reviewed and unbanned.

I personally do not endorse sending a lot of appeals to the team as it would just fill up their system.

Of course, what you want to do with that information is up to you, though I am not responsible if you decide to send a lot of tickets to EA.

Usually when the ToS team decides to uphold your punishment, it's typically a permanent decision.

Hi there, thanks for reaching out to me about my current situation. From the first time I saw that I have gotten banned, I sent out an appeal, and not a few minutes later, they rejected it without any explanation nor statement on why. They just tell me not to reply back to them. I feel like I am being brushed off. If it is justified how about giving me an explanation or letting me talk to a real person? Botted responses are getting me nowhere. Provide me a phone number maybe, or Live chat. This whole email back and forth thing is completely useless because it's full of bots.

I received a Permanent ban decision for a typo? That's insane. "Gay" is a bad word? Crazy. How about they check my chat history and give me a response. There is no ToS team, it's only bots.

"I can pretty much already say that these forums won't be a help to you, these are community-ran forums which means that account issues are 100% not dealt with here."

Well, sir. You have given me more input in this forum than I have gotten through various emails with EA's actually Customer Service..

Honestly, their filters have been kind of whacky recently IMO.

I don't think I really agree with EA for what they are doing right now, I'm sure this could be improved.

Again, I don't think there's much you can do.

Though some users have reported that sending multiple tickets or contacting them via their socials (e.c Twitter) has gotten them unbanned as their ban was falsely given out.

Can't vouch for them, nor do I endorse this behaviour, though again, you can do what you want with that information.

There are phone numbers and live chats, though I don't think they are used for managing user data as typically that's handled by the ToS team.

Honestly, this might become quite the bumpy ride for you.

I do hope you can have your issue resolved with them, I know it can be hard.

Hey @XHelperZ spamming out live support or spending multiple cases will not help in any way with a TOS ban and can in fact result in further action being taken for spamming our support.

Please do not continue to recommend this as a support option.

If our TOS team has denied multiple appeals @icyhotD then there is nothing that anyone in EA can do to change this.

Should you create further appeals then they will be closed by our TOS team.

Going to lock this thread now.