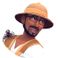 I installed Win 10 to a brand new ssd drive. I then downloaded Origin. It crashed three times. I followed the instructions to clean and retry. After four attempts I got one that booted with some stability... Now Sims 4 is installing.

After every game module is loaded I get Error; 327683:0 one after another. I don't hold out much hope that this will be playable at all after all the hurdles I had to jump through.

I'm up to 20 modules installed now, couldn't you just have a single box to tell me the same error code had happened 20 times rather than making me close the same box again and again?

Really awful resource allocation. Just on the 32 module installs Origin used from 95.0 to 99.8% of the processor! This causes all programs to stutter badly, including Origin, yet of the single 32 Gb memory module, Origin (in it's infinite wisdom) decided to use... 400mb?

Feels and looks like the program was written by one guy in a shed in the 1990's... will he be rolling out an update any time this side of 2030?

As compared to (cough) Steam (cough) that took 20 minutes to install itself and then fetch all my game files from the cloud! As a bonus I could watch streaming media... at the same time with no problems!

More problems. I finally downloaded all the packs and started the program, only to be told that my game packs were installing!

I quit the game and looked at origin. It's only started loading game packs AGAIN... from scratch! What is it doing?

@tommynocker001  If you can't get your packs installed through Origin, you can try the EA Desktop App instead:

It's still in beta and doesn't have all of Origin's functionality yet, but it's more stable in some ways than Origin is.

Please let me know if you have any more issues with your Sims 4 content.