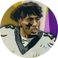 Transforming into a werewolf for the first time is fine.  Any subsequent transformation crashes the game.  I have only experienced two transformations since the initial one (involving fights with vampires, and transformations on full moons), both of which have crashed the game.  I also got a crash when going into CAS in-game.  NPC werewolves seem to transform without issue, though they do so in the same manner that a sim changes outfits...so the coding is likely not the same as an active household sim.

1.  Removed all mods and cc

Not sure what else is left to try at this point.

While we're on the subject of Sims 4 issues, I also encountered the following issues since the recent Sims update, delivery, and Werewolves installation:

1.  Sims not sleeping more than a couple of hours.  (There are no noise-makers anywhere such as kids, pets, tvs, radios etc)

In the end, I just uninstalled the Werewolves pack.

I was genuinely hoping that after the My Divorce Stories fiasco, there could only be better times ahead.

Oh, and if EA could solve the black photos issue after 3+ years, that would be amazing.  (And no, I don't use any storage things for photos as I learnt my lesson when University came out.  Yes, I changed the UI scale in options.ini).  Photos go black in personal inventory or on walls when a sim leaves the lot, or when I reload the game).  Kinda kills the vibe for players like myself who enjoy story-telling and generational gameplay.  I think players would probably have preferred that small treat over the dumpster fire that was My Divorce Stories.

On the plus side, from what limited experience I had, Werewolves is actually a really decent pack.

Any help would be appreciated.  I'll also accept commiserations and snacks.

@Eurotrashks868  Please run a dxdiag and attach it to a post.

For the other problems you list, some of them are well-known issues, either in general or after the Werewolves pack was released.  For example:

Thanks for the reply and the links.  Attached is the dxdiag.

@Eurotrashks868  First of all, Dell offers a newer graphics driver for your laptop, one dated June 2:

Please download and install it and then restart your computer before doing anything else.  While your current driver is not all that old in absolute terms, it's older than the full release of Windows 11, and that may be causing problems.

The Sims 4 errors in your dxdiag are unfortunately not very specific: they basically say TS4_x64.exe crashed because it crashed, and the crash is due to an access violation.  Since the info is so generic, the place to start is with basic troubleshooting, a lot of which you've already done.

You mentioned resetting the user folder, but not whether you added anything to the new folder.  So if you haven't already, please let the game create a(nother) new Sims 4 folder, don't add anything to it at all, and see whether you can recreate the crash in CAS or during the werewolf transformation.  Please start a new save rather than transferring over an existing one, just to be thorough.

I'm also curious whether you see a difference between fullscreen and windowed modes.  It shouldn't matter, but it's still worth testing.

If you still get a crash, please try playing in a clean boot:

When you reboot your computer, go through the Task Manager's background tasks shutting down anything that doesn't absolutely need to be running, for example MSI Afterburner or Discord.  If you accidentally kill the wrong process and it doesn't restart itself automatically, just reboot your computer again.  Don't open anything other than Steam and Origin while you play.  And if you use an external mouse, keyboard, or headphones, please test with the peripheral(s) disconnected entirely, at least the first time; if everything is fine, you can add them back and test again.

I checked, double and triple checked drivers in the Windows Update feature and was told every driver was the most up to date.  You gotta love Windows lol.

I had actually tried the window/full screen option previously.

Tried your suggestions but no joy.  I think at this point, I'm just gonna do what I can to salvage families and lots, rebuild what I can, and start fresh.  I guess I just have a corrupted save.  Do you know if familial relationship etc remain intact in this scenario.  I'm betting cash money it doesn't, but thought I'd ask.

@Eurotrashks868  Familial relationships won't remain intact outside of a given household when you move the sims to a new save.  I know MCCC has commands to add back relatives if you want to go that route.

There are still a few things you can try before ditching your save though.  One is just to revert to an older copy, that is if you have one that's unaffected:

You could also try removing only the werewolves pack, loading the save and saving your progress without the pack present, and then reinstalling the pack.  Obviously, try this on a backup copy of your save so you have the original if and when you need it.  To uninstall Werewolves, just delete the GP12 folder; Steam should detect that it's gone and let you reinstall it later.  The folder is here by default in a Steam install:

I had moved most of my old saves onto an external drive the other week...which then had a disk failure, so I only have my most recent of saves.  I have resigned myself to starting over and have managed to move my families and lots over into a new save.  Now comes the ordeal of recreating the various family connections.  Yay.

I appreciate all your efforts to help with my issue.  Here's hoping that they work for others who experience similar issues.