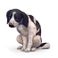 I play on disk and have already tried every other option for forcing updates including uninstalling and reinstalling all disks (I have only done this once though). Everything worked fine the last time I played and downloaded the game in 2021 so I'm very confused about why it's different now. It wants me to update so I can play with the generations pack, but on the front page pop-up, it says that my game is up-to-date. Do I need to buy a new base game disk?

Not sure if it is needed but I play on a Lenovo laptop with a disk reader add-on but this hasn't affected my game in the past.

@brokenbr4straps  Use the Super Patch, which was released by EA for this exact purpose.  You can find it here, under "Cumulative 1.67 Base Game Super Patcher":

In case you're wondering, you do NOT need to use Origin or the EA App, so if you have either and it tries to update Sims 3, cancel the update.  An all-disc install still works fine.

@brokenbr4straps First - there is only one physical disk for the base game that I know of. When you install from this disk SecuROM gets installed with root privileges and is considered a rootkit. It also installs SafeDisc. You need a disc in the optical drive to play. You need to find and install the 1.67 manual supper patch. Once the patch is installed the game should patch to version 1.69. This patch deactivates SecuROM and SafeDisc. Since Sims 3 release the DRM went from SecuROM to Origin to recently the EA app. Do you have Origin installed? Are all your games redeemed? If your games are in Origin they should be in the EA app. If you have your game redeemed to show in the EA app you can uninstall the disc version and you can get the download version which will download and install to version 1.69. No more SecuROM or SafeDisc as the EA app is the DRM for this game. The EA app is much different then the download manager that the game was released with. Origin and the EA app are like Steam. The EA app has to be running and you need an internet connection. You will need an internet connection to get the download version, patches and packs anyway. On the back of the jewel case the disk came in it says an internet connection is required. To redeem the activation code on the back of the manual you need to create an EA account. If I remember correctly there was an update just before each new pack was released. Now here's the thing - SecuROM and SafeDisc were poorly supported and after some time Microsoft and Apple decided not to support them in their operating systems. At that time EA created Origin to replace the DRM and just recently EA created the EA app to replace Origin. If you downloaded in 2021 you dl'd the version 1.69. from Origin which is why it worked. The discs are good for coasters. Yes you can install from disc but you 'll probably only get the base game. If you want expansion packs you need to get the patches or get the download 1.69 version

@puzzlezaddict I've already tried that and nothing happens. I have no blockers on my laptop and everything else sims related downloads fine. Do you know if it could be due to my location? I am located in New Zealand and I am wondering now if maybe the patch only works for those located in the US? The version number my sims 3 currently has is 18.0.126.021001

@roberta591 I got the games as hand-me-downs from my cousin years ago so the codes have already been used. Do you know if maybe this will have some effect on it?

Also, not sure if this matters, but because of the expansions I have installed the game only runs if I have my sims 3 university disc in instead of the base game one.

@puzzlezaddict   I get a message the the super patcher can not be securely downloaded. When was the last time you tried it? I tried Firefox, Chrome, and Edge.

add: btw there is no updates tab in the launcher.

The poster says he gets a message to update the game - the update page does not work AND you don't need it if you have a legitimate copy and an EA account. On the back of the jewel case it says to activate this game to an EA account (I just read it) and it says an online connection is required. If this poster can post to these forums that tells me he's online. So it's not a stretch to guess way he doesn't have an EA account and if he has an EA account then he can ACTIVATE THE GAME AND GET THE DOWNLOAD VERSION AND HE DOESN'T NEED THE PATCHES!

@brokenbr4straps If your cousin used the codes - the code can NOT be reentered. These codes are exactly what they are - activation codes. Once a code is entered into the system it can not be reused. The super patch should be worldwide. For some time now the patch page has not worked right. The one page says to use the updates tab in the game launcher - there is no updates tab in the game launcher. I tried the the 1.67 super patch and I get an error that the file can not be securely downloaded. I tried three different browsers and get the same message.The patch page is out of date. if you have a legitimate copy and is activated to your EA account, you don't need the disc. If you install this game from your account it will install the latest version. SafeDisc works on the principle that you need the latest released to market disc in the optical drive to play. But again this went away with the 1.69 patch. What you need is a legitimate activation code activated to a legitimate EA account.

@brokenbr4straps  When you say nothing happens, do you mean that the Super Patch doesn't download, or it doesn't start?  After downloading it, you actually need to run it, and probably to manually point it to the game or specifically to TS3W.exe.  I had no problem downloading it just now, or at least starting the download; I didn't bother to let it finish.  I'm also using Firefox, but the most important thing is to use a different browser than the one where you've set up blockers or anything else.  This is the direct download link:

It should work for any region—the xx at the end of the patch number is where the region would go, but this is supposed to be universal.

If it's necessary, I can download it and provide you a link; just let me know.

Since your packs were already registered, you won't be able to play through Origin or the EA App, at least not without access to the account that owns the packs.  But that's fine, you can still patch the game and play using the discs.  The only difference is that you won't have access to the few online features such as Simport and badges.

@roberta591  I try the link every once in a while just to make sure it works, but since you mentioned it, I tried just now, and the download started fine.  I'm using Firefox.  And really, no one needs to play through Origin or the EA App.  The discs still work fine, and many of us would prefer not to depend on a game launcher for access to our games.

@puzzlezaddict   I did get the 1.67 super patcher to download BUT I still got the "file not downloaded: Potential security risk" message. I had to change the security settings to get it to download. Also as I'm reading the back of the jewel case the Sims 3 disk came in "acceptance of end user license agreement required to play." It is known that if you never patched the base game not all expansion packs would work. And if you need a disk in the optical drive to play not many computers today have a way in internally install an optical drive. The three computers I just built to replace aging computers don't have drive bays for an optical drive. I still stand by my answer that the fastest and easiest way is to download and install for your EA account.

@puzzlezaddict  Yeah, I tried that link already. But went ahead and tried again with all the possible browsers. It doesn’t even attempt to download, I even tried it on a different laptop that JUST had the sims 3 on it and literally nothing else and even that didn’t do anything. I’m very confused hahahaha