Hey guys! So I've figured out the problem!

This worked for me so I hope it does for you too.

You need to go into Documents > Electronic Arts and then drag The Sims 4 Folder to your desktop.

Then, play your game and try it out to see if the problem's fixed (Note: Your saved games and all settings will have gone at this point, but don't worry you'll get it back in a second!!!)

So if it's working now, open the folder you dragged to the desktop and the NEW The Sims 4 Folder that will be in the EA Folder.

Then, drag Custom Music, Saves, Screenshots, Tray and Mods (if they aren't outdated as it will just mess up the game!) And everything should work!

Lemme know if this works for you all!

And that made your lots reappear in your old save games ?

Yes, so far it's all working just fine.

This solution is only partially working for me.  I'm on Windows 8 and bought Get to Work on 08/25.  I had started a new game before I bought GTW and hadn't finished my setup yet.  I like to use a set of Sims I've created and have used in many games, about 6-8 families, moved mostly into one world, but with one family in each of the others, then do randomly-generated sims to set up the rest of the households in all worlds.  I then use a couple houses I created from scratch and the rest downloaded from the gallery, using Maxis-curated content. I do modify each of the lots to work with the sims I'm populating them with, getting them objects that will help them to achieve certain goals. I set up my own or Maxis-curated lots for the other types as well, so that I have four representative lots in each world.  I had New Crest almost set up when I decided to go ahead and buy GTW, so I did that, then went back and set up a couple retail lots, one in the promenade and one in New Crest.  I got all of New Crest set up, the promenade set up with all retail content, and a couple of households and lots added in the other two worlds, then played a couple of New Crest households, ending with the retailer household, a father and daughter.  I do fairly frequent "Save As" saves so that, if something goes wrong, I only lose an hour or so of gameplay.

As you might guess, I'm a long-time simmer;  I got the original game only a few months after it came out and have played every one since, with a handful of Maxis expansions and stuff packs, though not all, and, with Sims 2 and Sims 3, quite a bit of third-party mods, including a number of my own.  I have never, in all those years, run into a problem I couldn't fix myself by seeking answers on EA and third-party forums.

This time, the first time I reopened my game after I bought and initially played GTW, I found that my lots were all gone.  My households were there, but the New Crest map looked like it did originally, except that there were households at each of the lots.  I found I could not load the final game-saved file, getting the message that the file I was attempting to load was created in an older version.  But, I was able to load from a "Save As" set that was less than an hour older.  I looked up some suggestions and tried them and at one point got a few lots back, but they weren't playable. If I gave my sims a command, they just stood there.  If they had walked just outside their lot, they couldn't get back into it.  If they were inside it, they couldn't do anything.  I found these instructions and was able to load the same hour-old save-as set I had tried before (a fresh copy) after allowing everything to rebuild by removing the The Sims 4 folder....  I played for several more hours, and even exited fully and came back in once just to be sure it would work. It did while I was setting up.  I could go in, set up a few lots and households, play the household just a tad - say to complete the "new neighbors" scenario - then move on to the next.  I was even able to fully exit and reopen the game a couple more times.

I was able to complete the setup the way I wanted and saved off each household and lot to my library, then started playing a "real" game.  (I do a lot of playing, briefly with each family, while setting everything up the way I want it, but it's not "real" gameplay, to me, yet, because I don't have everything ready yet. On the off chance that the problem was somehow related to GTW content, or, perhaps, New Crest, I decided to play a guy I had used as a scientist before as a doctor, but play him out of Willow Creek. I played a couple hours with that household, did a couple days as a doctor and had a baby (the wife, not the same character) and aged it up.

2 things I noted while playing:

1) If I added objects to lots (build or buy) I could only get them re-positioned by using the < > keys.

2) I thought I saw an invisible sim, just briefly - that is, a thought bubble floating along at ground level.  But the sighting was so brief, I wasn't positive it really happened.  What do I mean by that?  Remember the glitch in Sims 3 where if a sim was trying to wear clothing that wouldn't work in the game, sometimes individual sims would disappear, whether your own or AI sims, but you could still see their thought bubbles, floating along the ground.  it also appeared to be contagious.  Once you had it, until you isolated and removed the offending garment, other sims, particularly AI sims, would disappear, or at least seem to be walking around underground with just their thoughts showing.  If you were able to interact with them and could get them to change clothes, they would reappear.  But once you got rid of the problem object, everybody was back to normal. Sometimes you would have to go back to an older save or start a new game after you fixed the problem to get rid of all the invisible guys, or you get reset them using testingcheats, when you figured out who they were.  But, other than the fact that you can't easily interact with invisible sims, it didn't destroy gameplay.

That's what's causing the initial "old game" message and the weird disappearing lots, I propose.  But I have no idea what it is, and I'd really, really like to be able to play with the setup I spent so many hours building.  Since I saved each household and each lot in my library at the end of my last gameplay session that was working, I can probably load each, one by one, and play and see if I can further isolate.  BUT, I suspect that there's something glitchy about GTW since so many people are reporting the problem right after they load GTW.  My guess is that if I start an entirely new game from scratch at this point, I would be able to get beyond the glitch and start playing.  But if someone at EA could look into it, I could greatly appreciate it.  I do have two entire sets of Saves content saved that I could give someone and I would be very much willing to provide additional information and test different ideas, if anyone has them.

At this point, what I am going to do is to do some isolating on my own by starting yet another entirely new game, then loading some of the same lots and households.  But, if I can't come up with something soon, I'll probably just scrap it all and start over AGAIN!  This would make me very sad, and very much more inclined to just go back to Sims 3 and give up on Sims 4 altogether. 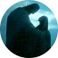 Hey MaisieRea7 I followed your instructions but for some reason I only got my mods back none of my households back I am not really sure why but I can't the old sims 4 pack either any ideas on what to do as I really wants my households back???

This just happened to me. I went to main menu, loaded a previous save (before my house was gone) recovered it and my house is back YAY!

@awlechick  Are you saying that you had this issue?

If so, it would be very helpful if you could provide your save.  SimQARobo has been asking for saves from affected players if they still have one from before the houses disappeared.  More information is here:

I don't work for EA. I'm just trying to help fellow players with their games.
Message 28 of 30 (593 Views)
Reply
1
Highlighted

This just literally deleted everything on my entire sims game. I lost weeks of work. How do I fix this???

@GeneralBolas  If you moved your Sims 4 user data folder to your desktop, your saves and other content are intact but not currently being read by the game.  Sims 4 will only read the data stored in Documents\Electronic Arts\The Sims 4.  So if you copy over one of your saves, you should see it again.

If you're still having issues with the game, it would be best for you to start your own thread and describe exactly what you see, and what you've tried so far.  This thread is several years old.