@roberta591 I uploaded a picture of my power supply and a report from cpuid cpu-z.

EDIT: I'll give a link to my picture since u can't see stuff on it really well when I upload it here, because it's so small, I hope it's not a problem. My power supply: https://prnt.sc/fdcmru

EDIT 2: I can't connect my monitor via HDMI cable or DVI cable (when I try to choose another input than DisplayPort in my monitor's options menu, it just doesn't work. Only DisplayPort works, I don't know how to fix it)

@Nika444  If I was working on your system the first thing I would do is pull the ssd and install use a 1Tb hard drive and see how the game runs. The Antec power supply should be good although I stopped using Antec because of a failures after a year of use. Also I am concerned that you say only displayport works. This could indicate an problem. I would try a different monitor to see if hdmi works. It seems you have only one memory module. This makes the motherboard run in single channel mode. With two memory modules the motherboard would run in dual channel and give you a performance boost. You have some nice hardware  - I just think it needs some tweaking.

I do not work for EA or associated with EA other then helping other users in the forums.
Message 12 of 14 (89 Views)
Reply
0

@roberta591 My game is already installed on my 1TB drive, but there is no difference. I only have one monitor (which is a gaming monitor, so i don't know why it isn't working..) so I can't really try with another one. Also, what are those memory modules? Do I have to activate it somehow or it is just build in my CPU or something?

@Nika444  The vast majority of people install the game on the same storage device as the operating system. Right now you have the operating system on the ssd which makes that your system device and I am concerned that there is free space issues and timing issues as the system switches between the ssd and a conventional hard drive. My gaming computer has a Gigabyte motherboard with a conventional 1Tb hard drive and I don't have any issues. You have two different technologies for storage. Displayport was meant to be an upgrade to VGA. I have my GTX 960 video card connected with HDMI and I don't have any issues. Again right now it seems you only have one 8Gb memory module in one slot - if you have two 4Gb modules plugged into the proper memory slots on the motherboard you would still have 8Gb of memory - only the motherboard would use the memory modules in dual channel mode providing a performance boost. I see several issues that need to at least looked into and/or addressed. You say the monitor doesn't work with HDMI - If the monitor has an HDMI post and your video card has an HDMI port it should work - this could be an indication there is something wrong with the monitor. Using the memory module in single channel instead of dual channel is a loss of performance. Ssds are fast and fun to experiment with but I have seen timing issues that degrade performance and some ssds need to have the code in them upgraded because of performance issues and the fact I feel the ssd is too small for a the average consumer to manage. If you are off loading your games to a secondary data drive your game will not benefit from the ssd. This just creates more issues and maintenance. IMO your system needs to be evaluated as there may be more then one issue

I do not work for EA or associated with EA other then helping other users in the forums.
Message 14 of 14 (78 Views)
Reply
0
New topic
Twitter Stream 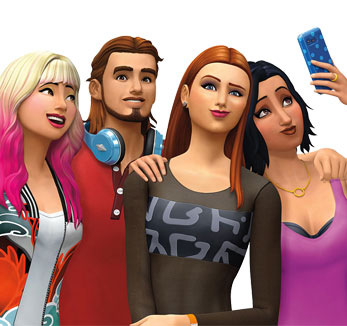