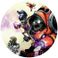 Product: The Sims 4
Platform:PC
Which language are you playing the game in? English
How often does the bug occur? Every time (100%)
What is your current game version number? 1
What expansions, game packs, and stuff packs do you have installed? I have all expansions. The issue is the game is crashing since the last update about a week ago. Was doing it 10 mins into the game, now its doing it 3 hrs into the game what can i do stop this?
Steps: How can we find the bug ourselves? I dont know.
What happens when the bug occurs? The game literally turns off and all things i was working on disappear
What do you expect to see? Nothing. Literally all the work is gone.
Have you installed any customization with the game, e.g. Custom Content or Mods? Yes
Did this issue appear after a specific patch or change you made to your system? Yes
Please describe the patch or change you made. The latest update on sims 4 i believe is causing the game to crash. I stopped playing for a week to see if the game would sort it out and it did it 3 hrs into my game and i lost everything i was working on in the new star wars game.

There is zero warning, just disappears and my game is lost. I really think its the new update that just came out a week ago. Before that i had zero problems and everything was running great.

@garbonzobean123--try moving your Mods folder to the desktop. then restart the game and see if you still crash. many mods/cc will need updating after the patch.

also worth a try to repair your game through Origin.
Message 2 of 2 (412 Views)
Reply
0
New topic
Twitter Stream