Sims 3 not launching on Windows 10

Sims 3 not launching on Windows 10 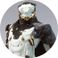 I have just created a new Parallels VM on my Mac to play The Sims 3 until the new 64-bit version is released.

It's a brand new Windows installation and the game has been downloaded via Origin but when I try to launch the game, nothing happens.

I've tried the compatibility settings and running as admin - nothing works!

It's not a big deal, I know the new Mac version is on it's way, I'd just really like to be able to play it for the first time in a long time!

@ldthomson  Have you ever had two EA/Origin accounts merged?  There's an issue related to merging that can prevent people from opening the launcher.

I will say though that when installing Windows on your Mac, Bootcamp is a much better bet than Parallels, for a variety of reasons.  One is that the system doesn't have to split the resources between two OSs; another is that the Parallels graphics drivers are pretty bad, while the Bootcamp ones are generally fine.  If you have the drive space to do a separate Windows install, that would probably be the better choice.

Still, if you'd like to stick with Parallels, please run a dxdiag and attach it to a post.

Funnily enough, yes, I had that done at the weekend because my Sims 3 copy was registered under a really old account I had no access to anymore.

Is there a fix for it? From reading the forums and stuff, I thought perhaps the latest 2020 update for W10 was part of the issue.

I’ll consider Bootcamp, it’s mainly just so I can play until the new Mac version is released - I didn’t think it would be this time consuming to work through, I’ve wasted the entire afternoon today trying to make it work!

@ldthomson  Bootcamp is supported by macOS and takes very little time to set up, at least when it works.  But it's a moot point if you can't get the game to open at all.

The issue with account merging is that the base game product key doesn't transfer properly, for whatever reason, so Origin blocks the game from launching at all.  The only way to fix it, if this is in fact the issue, is to contact EA customer support and ask that someone look into the status of the base game key, not just whether it's on your account but whether it's active and usable.

If a support rep doesn't understand or doesn't think this is a real issue, you can link these two threads:

It's still possible that this is a Parallels issue and not one with your product keys, but it would be impossible to know for sure without testing in another Windows environment.  If you'd like me to take a look at a dxdiag, feel free to upload one, and I'll see whether there's anything obvious that can be addressed.

Yeah, I'm familliar with the process - I just like to keep as much as possible between Windows and the hardware inside my Mac since the last time I did this with my old MacBook was the only time I had a complete drive failure 😂😂

I'm in the process of doing this in my office today, I'll see how I get on with it but may well have to raise it with EA - it can't be a coincidence that you bring up having accounts merged when this is exactly what I've had done...

I did find evidence of the same behaviour on another thread - I forget if it was before or after I posted this one. Fingers crossed EA are actually helpful, my experience with their online agents is inconsistent at best.

@puzzlezaddict So it looks like that's it - today I left my MacBook running the Bootcamp setup process while I was working, fired up the game at lunchtime and it won't start.

I have been told that totally losing access to the game is a COMMON SIDE EFFECT of the merger of EA accounts and that I agreed to or accepted the risk entailed, based on the following paragraph which I was sent during the chat over the weekend with the agent who did it:

In order to merge your accounts, I’ll need to remove your games from one account so we can add them to the other. When I do this, you may lose the progress, saved data, and stats from your games that’s saved to your account. This includes: any content you’ve saved to the cloud any online and multiplayer data, such as Battlefield stats or FIFA Ultimate Team content any purchases you’ve made on the account we’re moving the games from, including in-game currency and anything you’ve bought using in-game currency any EA games you’ve downloaded and purchased on Steam or Epic and potentially any offline saved data. I can only move full games, so any Alphas, Betas, or Demos will not be moved to your new primary account. Once we merge your accounts and all of your content is in one place, all of your old accounts will be deactivated. Now that you know what will happen when we combine accounts, do you understand these risks and agree to an account merger?

The agent I spoke to today has said:

Not being able to play the game is not a situation that we would like for our players and we understand the frustration that might come with it but this is a thing that occurs quite often when mergers are performed.

My understanding of that paragraph is that stats, beta games, saved content or downloads may be lost, but this DOES NOT state to me that I will lose full game titles. I have since been dismissed by the agent in question, Serban, who "apologises, for the inconvenience".

This is totally unnaceptable - he has told me there is nothing he can do to help. Does anyone know how I can put this in front of one of the community admins or managers to have it investigated??

EA's online support is so inconsistent. The first person I spoke to tried to make out that the problem was account related, I went back and spoke to someone else (after being disconnected) and was told to re-install Origin (although this is a fresh install of both the client and Windows) which didn't resolve the issue either.

I was then fobbed-off and told to take it to the forums for the community managers to investigate.

My machine has a fresh install of Windows 10, now running natively (rather than through a hypervisor) and in both instances, using the same version of Windows, the game downloads and finalises but does not run when I click Play in the Origin client.

@ldthomson  I will try to find someone who can look at this for you.  The support agent you talked to is flat-out wrong: you should absolutely not lose access to the game itself, or any expansion or stuff packs, from an account merge.  (Store content doesn't transfer, and of course you'd need to transfer your saves and other user data yourself.)  Players have been requesting merges for years, and aside from this particular (unfortunately uncommon) error, they almost never lose access to their games.

I'll get back to you, or someone else will.

Too right he was! If I could download and attach the transcript of the chat here, I would - I literally broke down everything in that paragraph and highlighted that nothing in it indicated I would lose any games AND HE STILL denied it!

To say I was frustrated...

Thank you so much. I feel like, at this point, since the Mac version is coming, it's almost a waste but my ADHD is hyperfocussed on it and my Mr Fix-it attitude has been triggered so I'll get to the bottom of it, one way or another!