Re: The Sims 3 Expansions and stuff packs disappeared from launcher

Yeah, I'm having a problem where my packs will show up as installed via origin and I can only launch the game via origin no matter what shortcut I use and they won't appear in the launcher. Only 3 packs. The earliest three that I have

I've moved your post to this thread, please, take a look to my post here for more information: http://answers.ea.com/t5/The-Sims-3/Sims-3-expansions-missing/m-p/6085793/highlight/true#M222711

Let us know if you have any questions 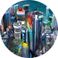 So I bought a code through an eBay seller with good reviews. I bought Sims 3 university. I got the code, added it to my origin, added it on the launcher, and it worked fine. I only played with it once. I come back to my computer to play and it's gone. It is on in the launcher or in the origin launcher, and my other expansion packs are showing up and running fine. University is completely gone, and I can not re enter the code as it says it's been used (which I know that, I used it).
Message 183 of 285 (442 Views)
Reply
1

I added the Sims 3 Seasons Expansion Pack to Origin via a game code I had purchased, and at the time it installed and worked perfectly up until I encountered a problem with Origin where the launcher refused to open, meaning that I had to uninstall and install it again in order to make it work(I am not sure what caused it).

When I tried installing Sims 3 again with the expansions I own(all of them except for Island Paradise) I noticed Seasons wasn't in the download queue. When checking the tab with the Expansion Packs it said that I haven't bought Seasons. When I log in to my Sims 3 Community account it clearly says on my profile page that I own Seasons.

What has caused this and what can I do to get it back?

@virginxpure  I would recommend contacting the seller and ask for a refund as EA is rejecting the code they sold you.

I do not work for EA or associated with EA other then helping other users in the forums.
Message 185 of 285 (424 Views)
Reply
0

I do not work for EA or associated with EA other then helping other users in the forums.
Message 186 of 285 (419 Views)
Reply
0

@Zeiruu  Where did you buy Seasons?

I do not work for EA or associated with EA other then helping other users in the forums.
Message 187 of 285 (433 Views)
Reply
0

I bought it from a store selling other game keys, in other words a third party site.

As you are describing the same situation we are discussing in this thread, I have merged your posts here. Please, read this post for more information: http://answers.ea.com/t5/The-Sims-3/Sims-3-expansions-missing/m-p/6085793#M222711

After Updating Origins a few days ago I noticed that my Sims launcher is missing Expansion Packs.

I've only bought my games in two places. I either bought the physical disk from Target or the Digital copies straight from origins.

When I am in origins it says all the games are installed.

But when I open the launcher it doesn't show all the games.

This doesn't make sense to me because I played all the games just fine a few weeks ago.

It only changed after updating origins.

I've tried installing as well as repairing. Nothing seems to work.

Can someone give me an answer? EA has not been helpful at all.

I've tried to reach out the them several times and they have not responded once.