Same. I haven’t even played the game yet, though it still says that message. I don’t have the holiday pack, either.

Did you try the suggestions in this thread ?

I had this exact same problem. I know my answer is late but i looked on this forum while i was researching how to solve this problem. None of these answers helped me because i didnt want to wait another couple of hour to uninstall and reinstall. So the problem that i had was that my version of Origin was outdated. If you have this problem uninstall current version of origin and get the latest version. All fixed
Message 203 of 216 (2,367 Views)
4

Re: error when trying to launch. 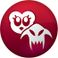 I can't figure this out please help. Its hasnt ever worked before. I have no idea how to make it admin. Im only 12 so I dont think I necessarily should? Anyways please help me. I also don't have other games
Message 206 of 216 (2,055 Views)
0

Show your parents this and have them do it.

Please uninstall Origin. Then go to the following link to download the latest version of Origin:

Install this and the error should go away.

I managed to solve the problem with a rather drastic solution, I wouldn't recommend it if you haven't tried out all the other propositions in this thread.

So for context, in my case I played Sims 4 for a long time ( +400 hours ), had 14 extensions/packs/kits... you named it. And I didn't played for a while, when a week ago I had this urge to play again. There was this new kit out, the "First animal" kit and I brought it then download it. The Sims 4 and Origin had already made automatically all the updates so once it downloaded, I tried to play the game. Tried, being the key word here. Nothing worked. I tried literally everything in this forum, one by one, uninstalling/reinstalling both automatically and manually.

I even tried another solution who worked for some, deplacing the folder 'The Sims 4" into another path ( there is some video out there about this ). I downloaded CCleaner... Nothing. Couldn't make it work. The helper in the tchat was friendly, but couldn't give me a good solution either. I was just fed up.

So what is this "dramatic solution" I'm here for?

I formatted my whole computer. Meaning I deleted everything ( after saving a backup on another hard drive of course ) and reinstalled windows + other applications ( Origin and The Sims 4 in those applications, obviously ). It's a hardcore solution, yes.

BUT I recommend it for those who are pretty sure some weird things are going on on their computer, like viruses walking around, those who's computer is real slow ( generally caused by said viruses ), ... All of you who even thought about formatting your computer sometimes soon, well, this works!

I knew some viruses were happily living their old days in my computer, and I was going to delete/reinstall everything within the following months because my computer was so slowed down and bugging everywhere. It just happened earlier than I thought.

Just to warn you guys through, this is going to take a day to two days to do ^^

How do you check if origin  running?

You can see it in your System Tray or in the Task Manager.