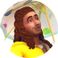 Product: The Sims 4
Platform:PC
Which language are you playing the game in? Italiano
How often does the bug occur? Every time (100%)
What is your current game version number? 1.54.120.1020
What expansions, game packs, and stuff packs do you have installed? All except for: Outdoor Retreat, Toddler Stuff, Moschino Stuff, Realm of Magic.
Steps: How can we find the bug ourselves? I don't think this is possible to replicate, because some bugs occur differently for each gamer.
What happens when the bug occurs? Sims (whether using cc/mods or NOT) can't perform the command and come back in a state of "debug" when using TVs/bath soaks and muds/massage table and chair (from Spa Day).
What do you expect to see? I expect to see a fix from the official developers soon, because it seems there is no solution since I've been waiting for months and I pay for these games as much as other gamers, who can enjoy their own games without bugs.
Have you installed any customization with the game, e.g. Custom Content or Mods? Yes
Did this issue appear after a specific patch or change you made to your system? Yes
Please describe the patch or change you made. After June 2019 patch.

I've also submitted this question on my own language's HQ (Italian) but no one has found a solution after 3 months yet.

After June's patch, indeed, I have encountered many interactions problems with sims trying to use TVs (the only working interaction is "watch a movie" from Movie Hangout), bath soaks and muds (regular baths and "take a shower" work), massage table and chair. All the interactions are cancelled and my sims are immediately respawned as in a "reset" status.

It's not a cc/Mods-related issue because I've already tried clearing the cache and starting a new game without cc/mods and the same bugs occur in the same way. So, please, help. I also would like to purchase Island Living and University (when available), but I know there are many other problems coming with the new packs and I really think it's the new patches' fault and I am scared to further upgrade my game to September's one.

Thank you in advance.

Did you also rename the entire user folder ?

Could you please attach the last exceptions you're getting ?

You will either need to c/p the content of the file or create a .rar file and upload that.

@crinrict No, I did not rename anything.
I've added the ".rar" file (sorry, it seems the message got longer).
Message 3 of 41 (587 Views)
Reply
1
Highlighted

These are all rather old ones. Could you delete them and trigger the error again and see if you get new ones.

@crinrict Thank you. I have not the time to follow the factory reset at the moment but I can only try with triggering a new last exception.
Message 5 of 41 (563 Views)
Reply
1
Highlighted

I'm attaching two last exception files. One with cc/mods activated and the second one without cc/mods. Again, the error occurs either way.

Tomorrow I'll try with the recommended resetting method. Thanks again.

@Shareliara I know, but I'm afraid (and I'm almost sure) that updating my game will cause even more problems as it actually happened to many other gamers, who after September's patch cannot even use build/buy mode and switch to life mode. I want to solve this issue first because, as I explained above, the errors were born with the patch from June.

Try the reset and update your game. It's best if you update first and then do the reset.

Users that have the issues you describe probably use outdated mods.

@crinrict I've updated the game. Should I try to see if everything is alright before resetting, or should I directly use the resetting method? Thank you.
Message 10 of 41 (494 Views)
Reply
0
New topic
Twitter Stream