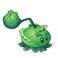 I guess I'll cut right to the chase. After the July 20th, 2021 update, my game has quite a few glitches. These are off the top of my head, and I'll add to this list as I remember the rest of them.

- The science career always rewelcomes my sim to the lab, despite her having worked there for weeks

- In the science lab, random piles of ash keep spawning? And nobody but my sim sees them as dirty! So when I tell other sims to clean, they don't clean them. Why are there ash piles?! (See attached)

- Plants in the science lab are never able to be harvested.  They just won't grow any fruit, vegetables, herbs, or flowers.

- Not sure if this is a glitch because I've never played using alien sims before, but is there some reason why my sim doesn't recognize the alien babies he's raised (since they were infants) as aliens? His wife got abducted and pregnant, she came back and had twins, and I had them 'adopt as caregiver' when they aged into toddlers. However, he has been caring for them since they were infants and they have never used their disguises, so is there some reason why he only knows one of them as an alien AND took quite awhile to have the realization that this strangely appearing blue child with black eyes from his virginal wife was an alien? (And why hasn't he realized the other one is an alien?)

- My sim lives in an apartment, and her neighbors continuously say she's being loud even when she makes no noise. She doesn't own a TV or radio, and was literally eating dinner when all of a sudden the neighbor was banging on the door complaining she's being too loud? Then she gives them an attitude and says that she has a life and they don't. Girl, your life involves putting toddlers to bed by 8pm and eating dinner quietly. Wow, what a cool life.

- Why do ghosts have needs? What are they gonna do if I starve them, die again?

- Sometimes, I'll tell my sim to do something (ex. feeding a toddler), and he just ignores me and deletes the command

- My sim won't pee at his job. He'll be there needing to pee the entire time, then come home and pee himself. Is there just no bathroom there?

- At trimester 3 of the alien pregnancy, you'd think that my sim would realize she is pregnant, but it still doesn't click. She remained confused the entire time, and honestly, I'm confused as to why she is confused. No idea what's going on, huh? Not even after you're in labor?

- Toddlers are glitching forward when they walk

- I have tried the game vanilla, but the glitches and 'oversights' are still there. When I don't play vanilla, the only script mod I use is MCCC, which is updated with every new game patch. I probably should've included that information originally! 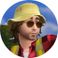 I hope it's okay to add my list of glitches to your thread? If not, do tell me and I'll delete them.

- The menu buttons are all off. (Centering on the house has the 'send money to your shop' icon, the inventory has the calendar icon and so on)

- Flowers will be dry, bugged and full of weed every day and the gardener will stop midway in his job. (Had 6 sims working on the garden simultaneously and still didn't manage to tend to every plant in time to not have them die, though usually gardening only takes one sim up to three hours a day, so gardening seems to have gotten slower as well.)

@danigurrl98  Some of these may be bugs; feel free to check the bug forum for existing threads.  At least one is by design: plants only produce harvestables if the lot they're on is active at 5 am.  Some of the issues may be due to your mods, so it would help to test without them.  (Female sims don't get pregnant by alien abduction in a vanilla game.)

@Taaya  The user interface issues are likely due to either UI Cheats or a TwistedMexi mod.  Try removing those, if you have them, and deleting localthumbcache.package.  For the other issues, please test without any mods at all.

@danigurrl98  My point is that your game clearly has some mod-influenced behavior, so it's impossible to even know what the vanilla issues are, let alone start troubleshooting or talking about bug reports, until you know how the vanilla game acts.  As another example, I know of mods that address the problem of plants only becoming harvestable at 5 am, and if you have one of these but it broke after the recent patch, that would explain why your sims used to be able to harvest at work but now can't.

It's not that I don't want to help, but mod issues need to be taken to the creators, and bugs need to be reported on a clean game.

Oh, then I probably should have mentioned sooner that I tested the game vanilla after seeing so many issues, and they were still present. My bad for not saying that to begin with, it probably would have helped you understand the situation a little better! I have been working with (talking to, not actually "working") the MCCC team on any errors regarding bugs, but it turns out that the glitches I have had aren't being caused by mods. But to be safe, I still tested a new save going vanilla. I don't have any script mods aside from MCCC which is updated regularly, and if playing the game with everything turned off still gave me the same issues, then I think it's safe to report them as being caused by the update.

@danigurrl98  If you'd rather troubleshoot on the MCCC Discord, that's understandable.  But if you'd like to troubleshoot here, please list the issues you see in a new save that's never seen mods.  Even though you've removed mods, the old ones may have lingering effects, for example the fact that your female sim who's pregnant by alien abduction is not acting as expected can't be a bug because females can't be alien pregnant without mods.

I'm not trying to be difficult, but it's hard to figure out what to do about issues that might have originally been caused by mods.

I don't work for EA. I'm just trying to help fellow players with their games.
Message 7 of 8 (82 Views)
Reply
0

That's a great idea, so I'm going to make a new save without any mods whatsoever, add toddlers, have a science career, and see what happens. One thing I do know about the alien pregnancy issue though, is that it happens to other people too. It isn't the pregnancy itself, it's that nobody automatically recognizes the children as aliens, aside from their parent, and when they finally discover it- they usually end up feeling "wounded." That might just be by design, but I think it's worth bringing up to the sims team because it seems like an oversight on their part. ANYWAY, TLDR; I'm gonna create a new save and double check that every issue is still relevant.