hi, so i have been experiencing a bug wherein whenever i try to click on my households, their icons won't show up and i cant even get inside of the house and play the characters at all. it started when i downloaded mods. on the first three days, the game was working well, but the error code has been showing up from time to time. and then the next day, i downloaded a new set of mods and voila, the bug happened. i tried to search for possible solutions such as removing local cache, disabling the mods, and removing the mods that made the bug happen, but it's still the same. i even tried to repair and update the game thru origin. it has been over a month and i miss playing my sims, please help

another thing, i opened my sims today and then after loading, the screen turned white. the bg music is still playing but it was nothing but a white screen T.T it only happened today

Make sure everything you use is for the current patch level.

Merged your post with the main thread on the error. 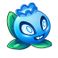 @SimmerStruggles  Please move your entire Sims 4 user data folder out of Documents\Electronic Arts and onto your desktop.  When you launch the game, a clean folder will spawn with no content.  Don't add anything to it yet; just start a new save and see whether you can play normally.  Let me know either way.

Your existing saves will be intact, but the game won't read them.  You can put them back later.  First though, let's find out whether a new save works in a clean folder.

I don't work for EA. I'm just trying to help fellow players with their games.
Message 74 of 84 (332 Views)
Reply
0
Highlighted

I did that. But I'll try again last time I tried it didn't work it still shows the error

restart your computer, and repair the game: open your Origin game library, right-click on the Sims 4 icon, and select Repair.  Start with another clean user data folder, and see whether you can play a new save.

I don't work for EA. I'm just trying to help fellow players with their games.
Message 76 of 84 (276 Views)
Reply
0
Highlighted

Hello I updated the gam and like everyone else my mod/cc working.

All my mod’s are up to data I put a lot of hours in to checking each one. Cleaning out my entire mods folder and placing back in. I don’t know what to do at this point. It works without the content. Is EA patching out content on purpose or is this just a accidental?

@Kgamer8000 This is usually caused by an outdated event mod. Not sure if they have been updated but you need to remove those until they are. 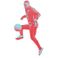 @AshleyAnnette420 sorry about that mate. Please post this matter in the right forum. This is the FIFA Mobile Forum
Message 80 of 84 (163 Views)
Reply
3
New topic
Twitter Stream