Another fix is two posts later in the same thread: someone found that their system had allocated 0 MB for temporary internet files and set it to 330 MB instead.  A more thorough description is in this post:

Even if neither approach works for you, please let us know, since that's useful information to have. 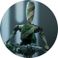 Thank for the response,

I couldnt change the allocated memory, it said i only could get between 8-8 (weird). But i ran a Ccleaner again and suddenly i got 144 fps again. I dont know what happend cause i ran a ccleaner earlier. But i guess it works now :D

Have a nice day

I have a high end PC, but on the loading screen, the game is running at 1 fps. I haven't found any way to fix it, I even tried uninstalling and reinstalling.

@natetaylor03  Is this just on the loading screen, or does it persist in-game as well?  Try playing while your computer is not connected to the internet, as in, disable wifi and/or unplug the ethernet cable.  You can sign into Origin and put it in offline mode, then disconnect before launching the game.

Whether that makes a difference or not, please run a dxdiag and attach it to a post.

Running it offline worked is there any way I can run it without disconnecting from ethernet?

@natetaylor03  It may or may not be related to your fps issues, but your C drive is very low on space, with only 11 GB free.  While it's entirely possible that this isn't causing any problems, it's impossible to rule out.  So if you can, try clearing at least another 10 GB.

If you have both ethernet and wifi enabled at the same time, try disabling one or the other and see whether it helps.  If not, try installing a new driver for your ethernet.  I can't tell by the driver version whether you already have the newest one from Intel, but by the date, it looks like there's a newer version:

So far, this has only helped people with Realtek LAN chips, but it's worth trying.

Another fix that's worked for a few people is described here:

Someone also reported that running CCleaner (more than once) helped, but it's not clear what exactly was removed that might have been a problem.  Running CCleaner for no reason isn't a great idea unless you know what to remove and what to leave, but you could try clearing the caches for all your browsers, including Internet Explorer.  Origin still uses IE in at least some cases, even if you don't.

The temp internet files worked thanks so much.

Ccleaner is the only thing that worked for me

I have updated my Realtek driver. It hasn't made any change.

The only change that seems to make a difference is unplugging the ethernet cable or disabling it in my network settings.

When I go to change my browsing settings I get an error that I can only have the value between 8 and 8 so it doesn't work.

It's really unfortunate this error still exists, especially considering things like The Sims Gallery which requires being online to use.

I managed to solve this issue through a combination of the stuff posted here, and a questions I asked on a different site.

My value was set to a different user's profile.

The other fix that was suggested was going to Control Panel > Network and Internet > Internet Options, then on the General Tab clicking Settings (in the Browsing History section) and changing disk space to use. Mine was set to 0, and trying to change it resulted in an error, which I fixed by following the steps above.