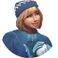 After the November 2019 update, my sims have had this glitch. I've tried doing everything, I cleared the cache, I removed my mods, and I even completely backed up and restarted my entire game. Even when my game is completely base game and no former saves or gallery downloads, my sims still look like this. I'm wondering if this is an issue anyone else has had and that you could help me fix this. I'm on macOS Mojave if that helps. Thanks so much!! 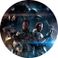 @Abby_Microwave  I've merged your post into the master thread for this issue.  Please see the first post for troubleshooting suggestions.

I don't work for EA. I'm just trying to help fellow players with their games.
Message 53 of 437 (732 Views)
Reply
0
Highlighted

Do you have any Mods or CC? If so move your Mods folder to the Desktop and delete localthumbcache.package. Then test the game.

If it works now check for updates to your Mods and CC. Add it back a little at a time while testing until you have found all that are broken.

@anib00 I merged this with the main thread although you don't seem to have the checkered Sims. It should be the same issue

Also, would it be ok, if I added your screenshot to the first post of this thread as well as a blog post I'm planning to make in my blog (not associated with EA)

Yes, I have mods and I did take them out of my Mods folder but that sadly didn't change anything. I even turned off the mods inside my game but the skin and hair are still broken.

skin missing on all sim

Product: The Sims 4
Platform:PC
Which language are you playing the game in? Deutsch
How often does the bug occur? Every time (100%)
What is your current game version number? 1.58.63.1010
What expansions, game packs, and stuff packs do you have installed? Everything except MFPSP and RGSP.
Steps: How can we find the bug ourselves? All the sims, played by me or randomized in the game, are missing their skin.
What happens when the bug occurs? They have white and red checkered skin.(The skin that appears when the game can't find a pattern)
What do you expect to see? I would like the normal skin colours back.
Have you installed any customization with the game, e.g. Custom Content or Mods? Not now. I've removed them.
Did this issue appear after a specific patch or change you made to your system? Yes
Please describe the patch or change you made. I installed the resent patch. I also added University, ROM and BNSP.

It first appeared in my normal save game after the new patch. I also tried creating a new sim but had the same issue. Going into "creat a sim" and trying to change the skin colour of an existing sim also doesn't work.

Did you save the game after first seeing this? If so that save is permanently damaged.. Start a new save to test with.

Re: skin missing on all sim

@chillypopc762 Merged your post with master thread on the issue

Please right click on the game and hit repair game.

@SnowsoulGamer  I've merged your posts into the master thread for this issue.  Please see the first post for suggestions.