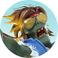 @ohhkimmibaby Hello, all my doors and windows are also broken. Have you solved it?
Message 192 of 253 (928 Views)
Reply
2
Highlighted

@kikinizzy This update also broke a couple of doors and windows that are NOT cc, (Get together). Just FYI...
Message 194 of 253 (865 Views)
Reply
1
Highlighted