Let's remember that we're all Simmers and we all want to be able to play a game we love. Please keep that in mind as you post 'cause we're all on extra excitement already!

It's natural for every player to want to know if/when the platform they prefer to play on is going to get an update. Unfortunately we simply can't comment on roadmaps that have not been announced. I realize this is frustrating, but I really hope you'll understand our position. If we speculate about what might be, or could be, or won't be, then to a certain extent we are making a commitment that we might not be able to deliver on. It is preferable to have all options open, allowing us to invest effort wherever we determine the most need exists.

macOS players, please let me be as clear as possible about what's in this release: This is a compatibility release that will work on macOS releases that require 64-bit applications (it will ALSO work on macOS releases that support 32-bit applications, but as a 64-bit application their support for 32-bit won't matter). This release also anticipates the eventual end-of-life of OpenGL that Apple has begun warning about beginning in the Mojave release when it was announced that OpenGL is deprecated in favor of Metal ("deprecated," in this context, typically means "works as expected for now but is unlikely to receive any support other than critical fixes that may become evident. You should move off of this technology as soon as possible before we remove it.") While addressing these basic technology issues we've uncovered additional technologies that required updating (replacing an outdated WebKit library, making it easier to install and manage via Origin, rearranging where some files are stored in the file system). We have not made in-game changes except where absolutely needed, and these changes are almost guaranteed to be invisible to you. The biggest changes you should see in this update are: It now runs on newer macOS (yay!), it is easier to install, if your game is especially complex or you have a lot of DLC then the game will utilize more of the available RAM on your Macintosh. Having more memory available to work with, and moving to a new graphics interface in the operating system, MAY have some performance improvements. I make no promises.

Windows players, I know you want 64-bit. I really understand why and all the arguments you're making to justify the ask are valid (well, OK, most of them). You don't have to convince me that it would be very much appreciated and has been desired for a long time. We are not doing a Windows update at this time. We have not announced any plans to do so. Please see above for why. Please also see the paragraph just above this one for a better understanding of what is and is not changing.

I see all EPs except Supernatural (I have LE); KPST, Diesel, Decades and Movie SPs have also joined the party. 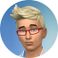 @MaxisJoe All the love. Thank you for letting us know.

All mine besides generations are showing up, but there's no release date on mine like I've seen on other players'. Should I be worried?

@_gracepartonnDon't worry, everything will be released on time, keep the faith!

@fwmello I'm really concerned about it

The Sims 3 64-bit Metal party at my place tomorrow!

Please do not send me private messages unless I ask you to. I promise that you will get help faster in the public forum. Thank you.
Message 820 of 4,043 (836 Views)
5
New topic
Twitter Stream