Yeah, there are lots of hoops to jump through getting the game to run pre-Catalina. All the links you need are in the stickied FAQ on page one of this forum

If your GPU isn't in the GraphicsCards.sgr and GraphicsRules.sgr files you can also add it manually - https://bluebellflora.com/2018/07/24/sims-3-mac-players-i-need-your-help/

@daisyorgana IDK -- I guess I got lucky.

@taenbro @jbd00  It doesn't matter at all whether a graphics card is supported by Sims 3.  In fact, it's much better to get a new, fast card that's not supported than to try to find an old one that's in the databse, which hasn't been updated since 2013.  Adding a card to the game's .sgr files takes a couple of minutes.

@taenbro  If you'd like suggestions for a new PC, feel free to post in the Sims 3 PC tech section.  If you'd like a new Mac, this section is the right place, but it would be better to start your own thread, so the discussion doesn't get lost among all the 64-bit questions and comments.  Either way, it would be useful to know how much money you'd like to spend.  And in the case of a PC, please let me know whether you're thinking about getting a prebuilt computer, a custom build, or building one yourself; or whether you have no preference.

@jbd00  I'm not trying to be dismissive, but a Radeon Pro 560 is absolutely not high-end; it's actually on the low end of the range of current gaming graphics cards, a bit slower than an Nvidia 1050.  It's a fine card, and I have one too, but it can't even keep up with the dedicated cards I could find for $150 or so.

And that list you linked from Mod the Sims is not of supported cards, it's how each card could be expected to perform with certain packs installed.  None of the newer cards are officially supported, yet the mid-range and higher cards can run the entire game just fine.

@ashbymcdonald @RoSimRo Yes definitely mods and CC as well! I didn't know mods existed for The Sims 3 until I couldn't play it, but they help a lot with the graphics issues and how sims look haha

Hey Sims( 3 )ers! I wasn't going to post an update until tomorrow, but then I thought "Why be a creature of habit? Let's shake things up!" So here I am today. Not tomorrow. Today.

The traditional bullet points (brought to you via Copy & Paste):

The longer version of things:

Wow! What a month! It's been hard to keep track of all the different great points and questions you all have. I'll see what I can do to address some of the questions (at least the ones I remember):

When is this going to come out? It's not early 2020 any more! That's a darned good question. I've raised before some of the unforeseen challenges that have come up in 2020 so I won't rehash them. What I will say is that software development sometimes takes longer than we'd like for it to. I have no public schedule I can share. I will say, however, that I've been doing testing on a 2017 MacBook Pro running Big Sur beta. Make of that what you will, and know that the dev team knows you want this as soon as possible. Please also know that WE want you to have it as soon as possible too.

Is this update for Windows too? I can't comment on product plans or roadmaps that have not already been announced. This is not a coy way of winking and saying that there is a secret plan, nudge-nudge. It's saying that we haven't announced anything and that we  can't comment on non-public roadmaps nor can we comment on rumors. What we HAVE announced is that this release is for macOS, that it makes the macOS client be 64-bit, that it adds support for Apple's Metal (and Metal v2) graphics APIs. I've also mentioned before that we're trying to swat some of those pesky bad experiences that have cropped up over time.

EA should totally update TS3! You're right. It's a great game and we are unhappy that it no longer runs on modern macOS systems. So yes, we're updating it. Good call!

It's X's fault this doesn't work anymore! This one is hard to respond to. An older program not working on modern operating systems isn't really a question of "fault," but rather change in the underlying technologies that it depends on. Without getting too into the weeds about APIs and computer science, the issue is that technologies older programs depend on evolve or can become abandoned on some operating systems. Yes, this is frustrating, but it's not really a question of any developer's ability to future-proof against change (or any platform vendor's ability to indefinitely support older technology). Think of the changes something like this - pretend that you bought an awesome diesel truck in 1989. It's sweet. Lots of power. Makes a deep rumbling sound even when it's just idling. But over time diesel falls out of favor and is replaced by gasoline. Some filling stations still have a diesel pump, but most just have gasoline pumps. And then, over time, electric cars take over (in our analogy we're in the fuuuuuuture now). Most filling stations no longer have diesel pumps at all, and only one or two gasoline pumps. All the filling stations have six quick-change battery exchanges, one gasoline pump, and no diesel pumps. Turns out your truck isn't going to work now. No fault of the truck manufacturer, or you, or the filling station, etc. It's just ... things moved on. Maybe the new electric trucks have double the horsepower of the older diesel trucks AND come stock with a really cool Bluetooth head unit. Your options now are to replace the truck with a fancy new electric one, or to retrofit that old truck with a new electric motor and batteries. (Yes, this whole analogy breaks down when you get into "But Apple, and also But Microsoft" but hopefully it illustrates a point).

Stay safe, friends. Keep the faith! We'll get through this release together. 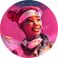 Hi @MaxisJoe I would like to suggest something. First please allow us to change UI size like in TS4. High resolution monitor with typical size will result in tiny UI. Second please stop using vert- scaling and switch to hor+ scaling instead. It hurt ultrawidescreen / multi monitors gameplay.
Message 529 of 4,043 (7,993 Views)
6

@enterprise1927 I was just thinking of asking for this exact feature as someone who plays the game at 4k this would be amazing for the ui to be made to scale with resolution sizes currently playing with the smaller unscaled ui is possible but having a feature to adjust its size like in the sims 4 would be amazing.
Message 530 of 4,043 (7,650 Views)
4
New topic
Twitter Stream