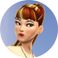 So whenever I try to open the Origin app on my Mac to play the Sims 4, the home page keeps on loading infinitely, which is very weird because this never happened before.

Do you think this is because of the new patch?

I tried launching the game through the Origin website, which worked but some of the Sims' faces appeared marked with a giant red "?" (even the ones without CC) and even some of the icons for expansion packs shown on the home screen of the game and different neighborhoods were marked with the grey llama image (shown in the screenshot). Again, this has never happened before.

I also tried reinstalling Origin, which did not work.

Re: The Origin app on my Mac won't work.. Infinite loading problems?

For the question marks - https://answers.ea.com/t5/Technical-Issues-PC/CURRENT-ISSUE-Several-Issues-after-incomplete-Installa...

For the Llamas and incomplete packs - https://bluebellflora.com/2020/06/17/repairing-sims-4-packs-in-origin/