@Bluebellflora is this just for the newer el Capitan? Because I have had sims 4 on my mac since 2015 and I've never had issues until now
Message 121 of 158 (213 Views)
Reply
0
Highlighted

As you can see from this thread I have moved your post to, the game is currently not working well in El Capitan. You can either update to High Sierra and get back into your game or wait until hopefully EA fix it.

@Bluebellflora just updated my mac book to high sierra & everything is working fine as of now! thanks so much for you help

Re: Strange Lines Coming From Sim

This exact thing happened to me and i figured it out today. El Capitan isn't working with sims 4 right now you either need to update ur mac to High Sierra 10.13 or wait for EA to figure it out. I updated and it works so far so good

@dotigyal Did you ever figure out a fix for this problem? I just starting playing my game again after a few months and the exact same glitch is happening to me. The only thing I changed was updated the game when I opened Origin last weekend. I have spent a few hours trying to get mine to work, I've tried (not in any order):

I'm at work right now but when I get home I will post my computer specs. I'll also post a screenshot of the glitch I'm experiencing.

Few screenshots showing the glitch, first one on a lot with no house on it, a few at the park in Willow Creek. 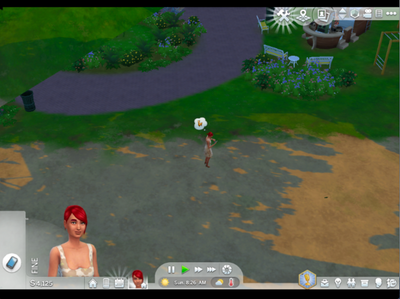 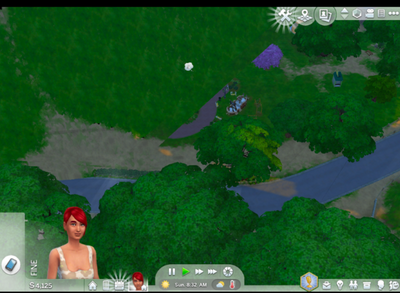 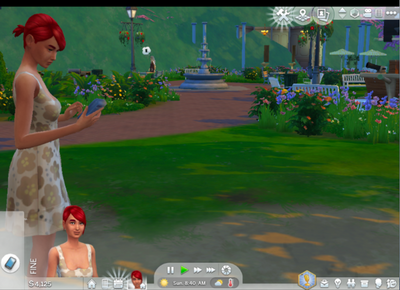 I also forgot that when I was playing around with the game trying to get it to work last night I got this message after my computer crashed. 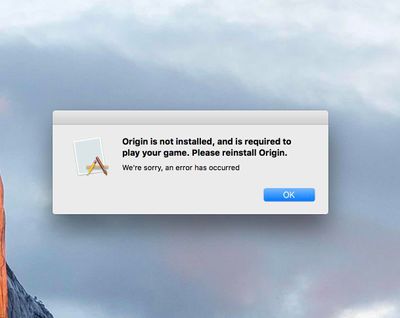 If I tried closing Origin and then reopening it a dialog box would come up and say that Origin was open by another user and would have to be closed before I could open it again. If I restarted my computer and reopened Origin it would open.

I can start and load the Sims, load a neighbourhood, load a household but once I get to the lot it glitches. Then it crashes or I have to force shut down my computer because the screen freezes with the rainbow wheel turning indefinitely.

When I played my game last in the summer I had no issues at all. I've been playing the Sims since the first game and I have never had these issues before. It's so strange. Hoping something can be done to get my game working. I was so stoked to play.

I’ve recently tried to play Sims 4 again after a few years away, it has always worked previously on my MacBook with no issues whatsoever but now I’ve began to play again as soon as I’m in gameplay I’m constantly getting glitches(images attached). The glitches can happen during any part of gameplay and not just on the sim itself. It also quite often freezes during the plum bob loading screen.

I’ve repaired the game several times, tried laptop mode, uninstalled and reinstalled and also tried graphics on lowest and resolution on lowest but it still glitches or freezes.

Also checked that my mac is updated and it is. Rarely use my MacBook so the memory/storage isn’t full.

Any help would be great! Thank you

Re: Glitch and keeps crashing

Re: Glitch and keeps crashing

Yep! Have attached further information about my Mac