So I just bought the Sims 4 Vampires Game Pack and it started to download and I just played sims while I was waiting. I noticed after a while that it didn't seem to be doing anything. I checked and it said it was downloading 0 per second. I paused and then resumed. The estimated time got higher and higher until it stopped at 9%. I canceled and tried again. It stopped in the exact same point. I deleted my cache and then it stopped at 4%. It just won't download at all.

Anyone got a solution or had this problem?

I've been wanting this pack since EA first mentioned it.

Have you tried all the troubleshooting steps in the Origin/Mac thread? http://answers.ea.com/t5/The-Sims-Mac/MAC-Origin-Troubleshooting-and-Information/m-p/5371659#U537165... 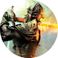 i need help, i have tried everything to download vampires.