@mkbucklin  Do the .ebc files in DCCache actually disappear?  Those files contain bundled store content, but if one of the bundles gets corrupted, it can affect the game's ability to read all of them.  (The .dbc files are custom content and can be ignored when dealing with this issue.)

If you see the .ebc files in DCCache but your store content isn't loading, please remove all the .ebc files, as well as any installed store worlds in InstalledWorlds and ccmerged.package in DCBackup.  In fact, unless you want to upload items to the Exchange and you want custom content to stick to it, just delete the entire DCBackup folder.  Then install a couple of store items, see whether they show up in-game, quit, restart your computer, and test again.  Let me know how it goes.

I did as you said, and I went into my packages & downloads folders to delete them. I noticed they had downloaded as .sims3pack in my packages folder. The item I downloaded and installed from the store didn't show up in game and when I quit the game it showed as not being installed in the launcher.

@mkbucklin  When you install store content, it shows up in .ebc files in DCCache.  Are those files still intact?  If so, please remove all of those, as well as the other files I listed.  Then download and install one store item and test it.

I did all of that and it still doesn’t show up in game and it doesn’t stay installed.

@mkbucklin  Do you have iCloud enabled and set to automatically sync the contents of Documents with cloud storage?  If so, please disable the auto sync function.  This article is for a different issue, but the relevant settings are the same.

If that doesn't help, please move your entire Sims 3 folder out of Documents > Electronic Arts and onto your desktop, open the launcher to create a clean folder, install one store item, and see whether it shows up in-game.  If it does, quit, restart your computer, load the game again, and see whether it's still there.  Let me know either way.

And if the store content disappears again, please let me know whether you have a third-party antivirus or a cleaner app, and which one(s).

I do have a cleaner called Malware Bytes. Will that affect it? I will try what you suggested later because I am not at home but thank you for the suggestions.

@mkbucklin  Malwarebytes shouldn't delete anything without your explicit permission, so no, that shouldn't have an effect.  I was referring to either antivirus apps that might block access to or remove files in the Documents directory, or apps like CleanMyMac that automatically remove files labeled as duplicates or temp junk.  Either one could cause this type of issue. 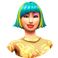 Hello! I'm having a weird issue I haven't seen anyone discuss yet.

I followed your initial guide, and after I deleted all of the 5 cache files from my game (as well as deleting the cache from my internet browser), it worked for a while! I was able to successfully install about 30 pieces of new cc. However, for some reason it then stopped working - and I still have a lot of other cc I want to install.

Now, the uninstalled cc is still showing up in the launcher, but it will not let me install it. Each time I try to install the new cc from the launcher, the new window just never opens up, I get a spinning wheel of death, and have to force quit the new launcher window because it stops responding.

Oddly, each time I now try to go in and delete the 5 cache files before trying the process again, only 4 cache files appear -- scriptCache.package seems to be missing.

@kwado2  The scriptCache file should be there, but I wouldn't worry too much about it, at least not by itself.  Please go through the launcher's Installed Content tab looking for any cc you didn't mean to install.  It's possible you downloaded some bad cc without knowing it and that this is preventing you from installing more.  If you do find an item you didn't want, uninstall it, restart your computer, and try to install another cc item.

If that doesn't help, please let me know whether you have iCloud enabled and set to automatically sync the contents of Documents with cloud storage.

@kwado2 @puzzlezaddict the script.cache file appears after the game is launched, it won’t appear if you haven’t actually pressed play and opened the game. @puzzlezaddict Ive tried a lot to fix my problem and until they release an update fixing everything I’m just going to give up because my computer runs pretty slowly and it’s just frustrating. Thank you for your help, I’ll just stick to CC and no store content.