[CURRENT ISSUE] Sims 4 does not launch in macOS Sierra

[CURRENT ISSUE] Sims 4 does not launch in macOS Sierra

November - last edited May by

After the November 12 update, I cannot get Sims 4 to launch on my Mac.  Specs:

With a clean game folder or otherwise fresh options.ini in place, the right half of my screen would go dark, and the left half would show an enlarged version of what the right half of the desktop would normally look like.  With options.ini set to open the game in windowed mode, the TS4 window hung on a white screen indefinitely.  In either case, the computer did not respond to cmd-optn-esc, and if I tried to tab or click on something else, it eventually restarted itself.  When I once left my laptop alone for 12 minutes, it was still frozen trying to load TS4, and I had to hold down the power button to shut down.

I tried these troubleshooting steps, none of which worked:

That was probably just because the Metal driver didn't load in safe mode, but still not what I wanted to see.

Every time I checked, the game did spawn a clean folder, but the Origin last played date never updated to reflect my attempts to load the game.

For what it's worth, my graphics card itself is likely not defective:  This Mac is Bootcamped, the game loaded normally in Windows, and GPU-Z says the card performed as expected.

I don't work for EA. I'm just trying to help fellow players with their games.

Re: Sims 4 does not launch in macOS Sierra

- Marking this as solution for visibility, we are NOT considering this issue fixed -

Thanks for the detailed reports and the information you have been sharing here so far, knowing what you have tried and what systems it's happening on is very helpful!

At the moment, if you are experiencing this issue, a solution would be upgrading your macOS version to High Sierra or newer:

Thanks for the detailed reports and the information you have been sharing here so far, knowing what you have tried so far and what systems it's happening on is very helpful! Thanks also for trying different troubleshooting steps, and for sharing that updating your macOS helps.

We are investigating this, if you are still experiencing this issue, would you share Origin logs with us to help with the investigation? If so, please, follow these steps to get them:

For anyone who hasn't already, if you are getting that exact error, the following information would also be helpful:

Product: The Sims 4
Platform:Mac
Which language are you playing the game in? English
How often does the bug occur? Every time (100%)
What is your current game version number? Can’t open game to check
What expansions, game packs, and stuff packs do you have installed? All except for free guitar
Steps: How can we find the bug ourselves? It happens when I try to open the game from origin
What happens when the bug occurs? I click play in origin and half the screen turns black like the game is going to launch, but then everything freezes and I have to turn of my computer to escape. If I try to open it in a window then it just stays a blank white window and I can’t do anything but move the arrow until I turn my computer off and on again
What do you expect to see? My game starting
Have you installed any customization with the game, e.g. Custom Content or Mods? Not now. I've removed them.
Did this issue appear after a specific patch or change you made to your system? Yes
Please describe the patch or change you made. The November 12 2019 update 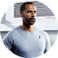 When I opened Origin today, the new patch was automatically installed. After that I tried to open my game. The screen turned black and I got the spinning rainbow wheel of death. It never made it past that black screen. Then all the sudden half the screen was black, and the other half was my desktop background. Force quit wasn't working so I had to manually restart. Tried opening it again and the same thing happened. I have an iMac, the desktop not laptop. It's in great condition. Never any issues. I don't have any mods or CC. Is there any way to fix this?

@jmaloney330 What version of macOS? Which iMac? Can you provide information about the Graphics card?
Message 4 of 480 (7,299 Views)
Reply
0
Highlighted

According to "About this Mac"...

@jmaloney330 That's very helpful. Thanks! You're on macOS Sierra (10.12). That release contains Metal 1. If you're willing to try things I'd love to know what happens if:

1 ) Try launching in full screen mode or, if you have been, in Windowed mode.
2 ) Have you tried moving the Electronic Arts folder in your Documents directory to the Desktop, then restarting?
3 ) Would you be willing/able to update to macOS High Sierra (10.13) which supports Metal 2 to see if the newer version of Metal makes any difference?
Message 6 of 480 (7,285 Views)
Reply
0
Highlighted

I'm about to go to sleep, but I will try these things tomorrow and get back to you. I really appreciate your suggestions.

I have tried launching the sims 4 after this patch update and I am unable to launch the game. I get stuck behind with a half black screen and the rainbow wheel or nothing at all sometiimes, just a black screen.

I have re-downloaded origin

I have tried moving the Electronic Arts folder in the desktop folder from the documents folder.

Any help is appreciated

Re: Macbook blank half screen

@foxtrotunicorn Are you using the internal display or an external monitor?

This build works for me but is failing for you. We are using the exact same computer. The only difference I see is macOS version (and you didn't report on memory/RAM):

Is there any chance you would update to macOS 10.13? I believe that's when Apple shipped Metal 2. I'm wondering if the root of this could be something broken in Metal 1 and fixed in Metal 2.

Tomorrow, if I have some time, I'll install 10.12 (Sierra) onto an external drive and see if I can reproduce your behavior.
Message 9 of 480 (7,253 Views)
Reply
1
New topic
Twitter Stream