So frustrating! To think how much money people have spent on this game, just to not be able to even play it on their brand new machines. So insane to me. 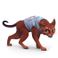 How annoying! I was not reviewing the forum so at the beginning I thought that maybe some CC or mods caused this. The game was just quitting itself, usually with weird noise coming from my laptop. But no worries, I just started to save it every sims' day so I don't lose a lot of playing. Then, everything began to stop at 5:06 AM sims' time. From that point I couldn't click on anything. Now I can only bring camera to see my family but that's it. The world is still working as you can see the sun going up and down, the weather changing etc. But that's it. So I tried absolutely every possible solution that you could find including reinstallation of everything and at the end in the main menu I got notification that there is a global issue and link to this thread.

Tis issue has been firstly reported one or two days after new game was released and still there is no working workaround. Where are ANY comms to the public posted? How is the resolution going? Should we keep checking or you have ANY ETA?
This is just ridiculous as we pay a lot of money for game that was firstly released when it was not even ready (I mean that base game is awful and you need to buy several packs to be able to normally play and have fun with it). And then you buy another pack when it's released and you can play like for only one day.

I don't mind waiting but I'd love to hear more updates about this issue for EA.

@SimGuruNick posted, you can see the link in the accepted solution on page 1 for visibility. This is a public forum as is the official games forum that Nick originally posted in, he also posted on Twitter. There are no hidden forums or requirements to register. EA also added a message at the main menu when you launch the game a few days ago saying they are aware of the crashing issues. Maybe you clicked it away without realising?
- The Sims 3 Mac Forum - | - The Sims 4 Mac Forum -
- Origin Reset Tool for Mac - | - Current broken Mods List -

There are some known issues with specific model Macs.


So frustrating! To think how much money people have spent on this game, just to not be able to even play it on their brand new machines. So insane to me.

Exactly. Brand new machines have hardware that may not yet be supported in the game files such as GPUs. They also may be running outdated OS versions and drivers from when it was factory installed and into the consumer's hand.

Is the -nosound workaround not working for you? Which Mac do you have?

Can you please post the graphics issues you are having in a separate thread.
- The Sims 3 Mac Forum - | - The Sims 4 Mac Forum -
- Origin Reset Tool for Mac - | - Current broken Mods List -

i’m having the same issue on my 11 Mac Pro. Game crashes as soon as i click build mode everytime! The game is unplayable.

Are you sure it is this same issue? It doesn't sound like it but does sound like an issue from a while ago on certain model Macs.