Re: who can help me, what happened to my sims4?

Moved your post into this thread on the issue. Please see the opening post on page 1 for workarounds.
- The Sims 3 Mac Forum - | - The Sims 4 Mac Forum -
- Origin Reset Tool for Mac - | - Current broken Mods List -

@sannalaver  I've merged your posts with the master thread on this issue.  Please try the steps in the first post on page one, and let us know whether any of them help.

Re: [CURRENT ISSUE] Codes instead of text/ Blank text and bubbles

Hello! I encountered the same problem. My game was in Chinese version and I used MacBook to play the game. Starting from the end of last month, my game was full of codes and numbers instead of words.

Then, I tried to change the language back to Chinese by changing the game properties in Origin, I found out that the game was still in English but not Chinese.

I tried to remove Strings_ENG_US.package in The Sims 4> Contents>Data>Client and kept Chinese as the language chosen in the game properties but the game showed codes and no text again.

I also tried to change to other languages such as Japanese and French but the game also showed no word but codes. If there is Strings_ENG_US.package in the folder, the game was in English instead of the language I chose.

Besides, I tried to remove all my mods and reinstall Origin and the Sims 4 but the problem still exists. My Origin is in Chinese and it functions well.

Would you please help?

Re: [CURRENT ISSUE] Codes instead of text/ Blank text and bubbles

So, suddenly the text bubbles in my game was empty or replaced by weird numbered codes.

I found this link:
https://answers.ea.com/t5/Technical-Issues-PC/CURRENT-ISSUE-Codes-instead-of-text-Blank-text-and-bub...

I play on MAC not, PC, so I followed the instructions for Mac:

Now, I did this, whilst lice chatting with EA, who told me that this was the correct way to fix my specific problem. However, this made my game unplayable. When I clicked on "Repair Game", and tried to open the game, I got a note that said:
Unable to start:
Initialization error at start up.

Has this happened to anyone else? Now it´s impossible to even open my game, after following the instructions EA confirmed??
(And yes, I removed all the mods prior to this, hoping that alone would make my text bubbles appear normal again. Did not do it)
Really, really appreciate answers!!

Re: Empty text bubbles on Mac - Followed instructions, but can´t open my game

I've merged your post into this ongoing Mac one on the issue. There are a couple of other suggestions in the OP, please give them a go.
- The Sims 3 Mac Forum - | - The Sims 4 Mac Forum -
- Origin Reset Tool for Mac - | - Current broken Mods List -

All text in game has been replaced with squares

So, I have updated my game to the newest patch 01/21/21 and of course, when you open the game for the first time, mods are disabled. So when I come into the game, all the text in the game has been replaced with these square characters. This is absolutely weird and unlikely. Please help, this is so unusual. 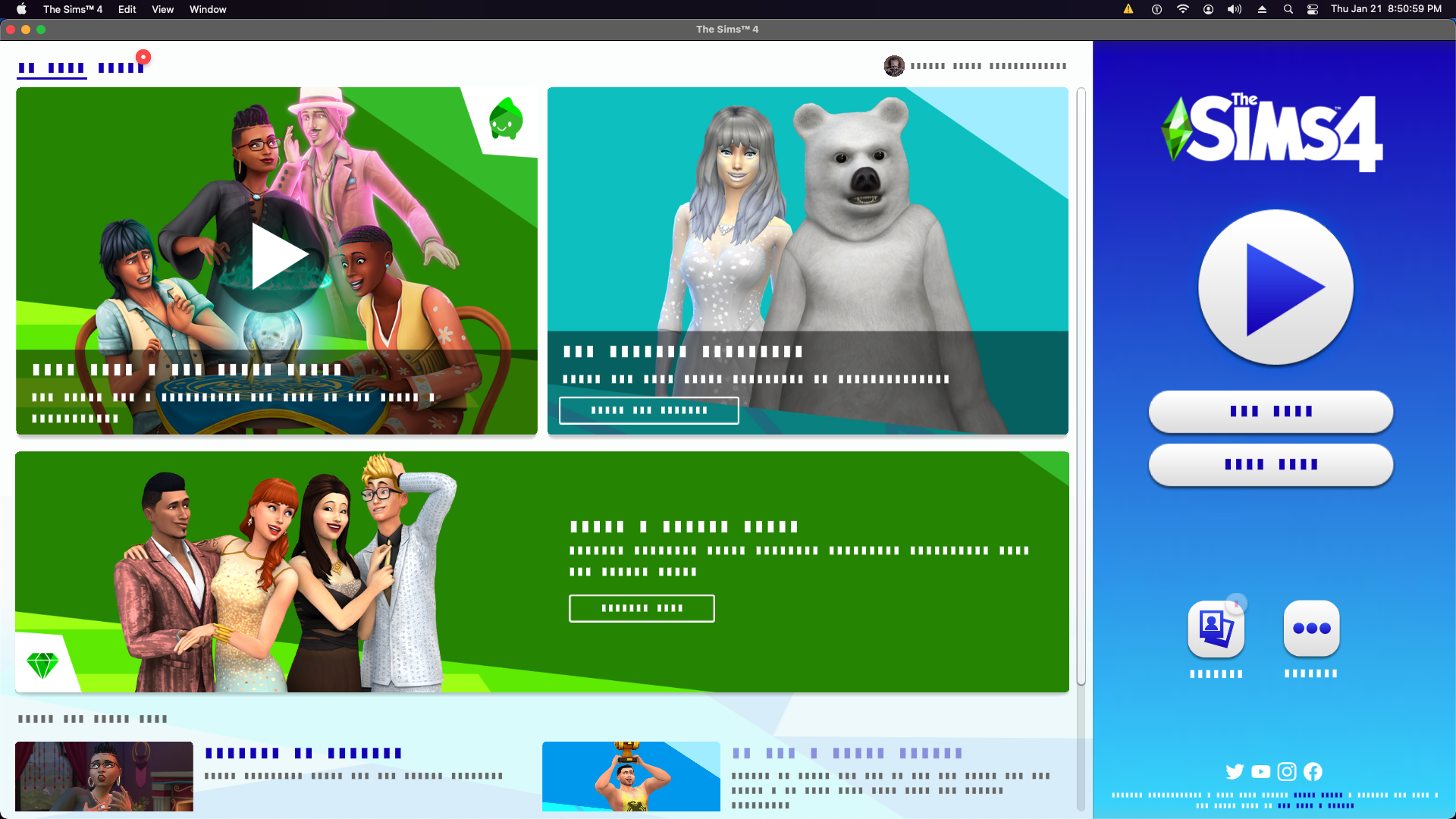 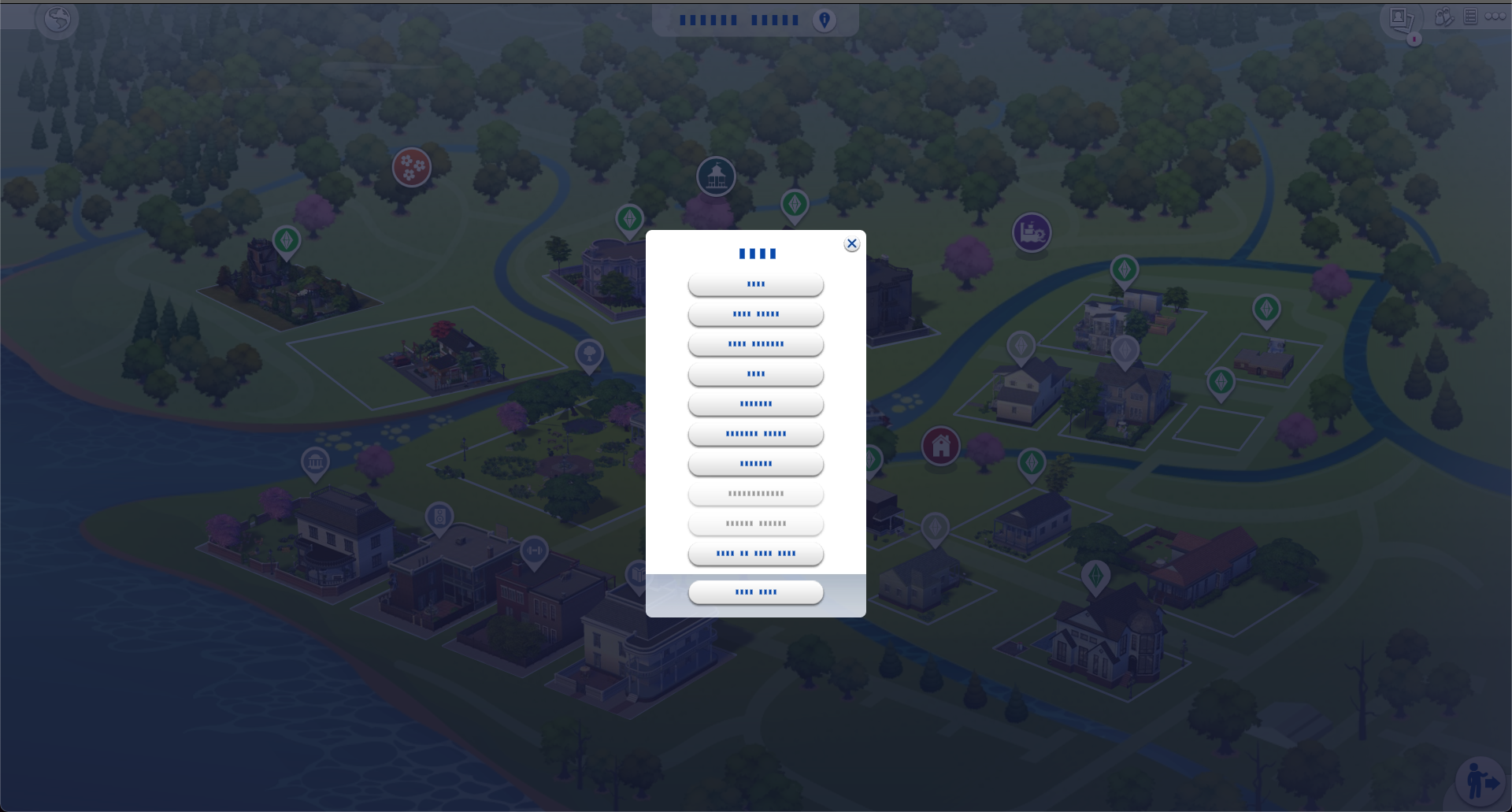 Re: All text in game has been replaced with squares

Have you repaired the game? Right click on it in your Origin games library and click repair game.
- The Sims 3 Mac Forum - | - The Sims 4 Mac Forum -
- Origin Reset Tool for Mac - | - Current broken Mods List -