I was originally merely a "Me Too" on this category, but today for some reason and now with all EPs I could testingcheats teleport my sim into the ocean whereas before when I had the base game only installed I could not.

He was really under the water though and couldn't do much as I couldn't direct him anywhere other than a Go Here onto dry land.  After a few sim minutes he probably missed the usual supply of oxygen that would be available and decided to start swimming around and enjoying himself out there autonomously, but things just didn't look right -- as he was swimming it looked like the game was jerking him back and forth, trying to fight against something. Although this last bit could be my imagination if other players aren't seeing this.

Ponds I don't have a problem with (fishing), just the ocean thus far.

@MissMannie  Thanks for reporting on the open water.  Please click Me Too and post in this thread (that I just made) for the collecting insects issue:

@igazor  It's interesting that you say that.  I sent a sim to the future and could "go here" or "fly here" (while wearing a jetpack) in the large reservoir surrounding the main town.  He landed sort of under the water and seemed fine; he eventually started swimming on the surface when I told him to go back to dry land. 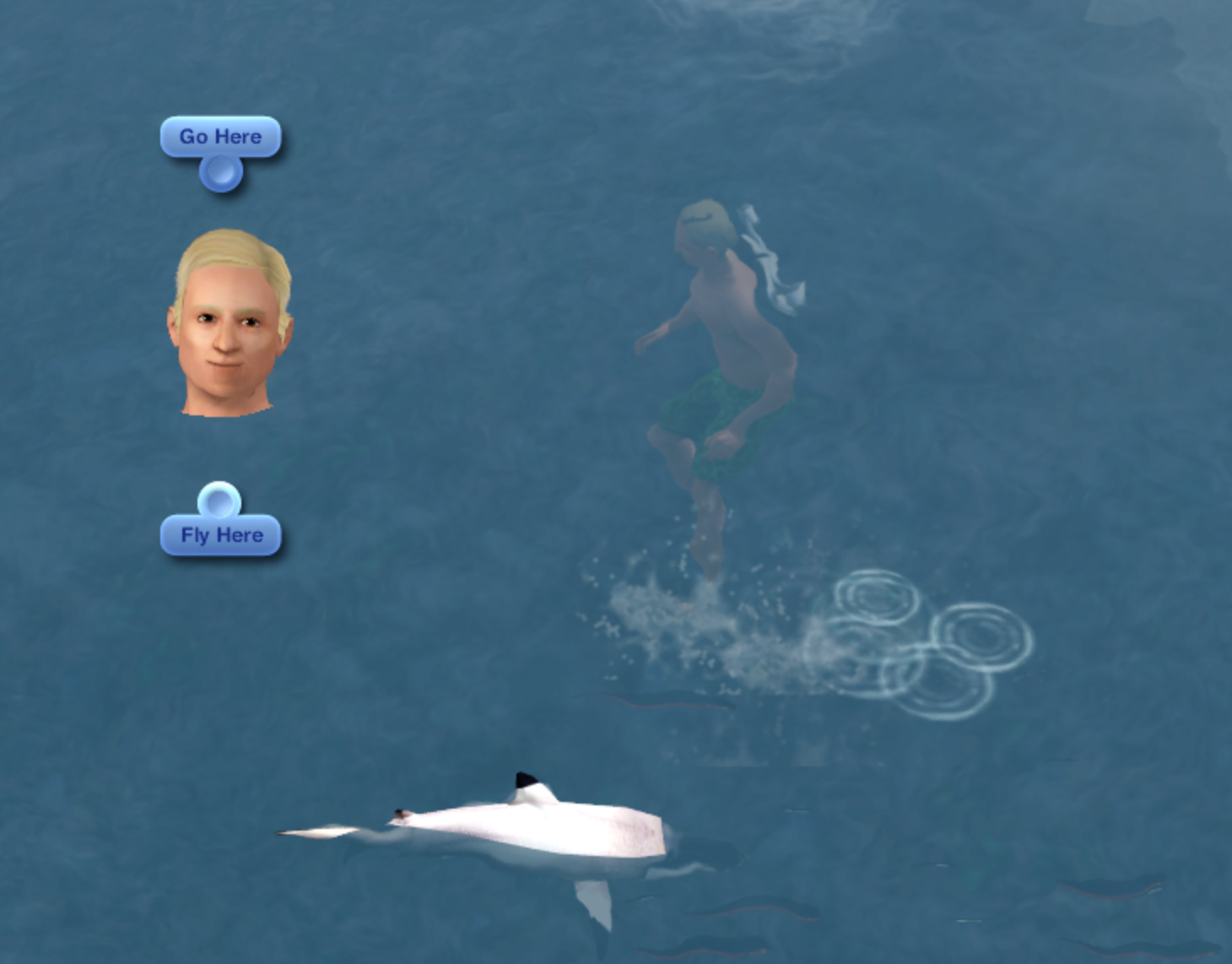 Yes, I also have this problem. I just can't even click the ocean and it says no interaction. I thought it was just me...

I recently downloaded the 64 bit version of Sims 3 on Mac, and after sorting out some issues, I managed to get it to run and am two weeks into a sims game. However, one issue that has persisted is my inability to interact with the ocean. When I click on the ocean, I get the orange text saying "No Interactions Available". The only way I can get a sim into the ocean is by telling them to travel to a dive spot. They then begin swimming, but I still cannot click on the ocean to make them do anything. This bug persists in multiple different worlds - I initially found the issue in the cc world Legacy Island 3, but later tested in Sunset Valley, Starlight Shores, and Island Paradise as well. Removing my mods folder and turned off my custom content did not help, nor did removing the Sims 3 folder from my documents and letting the game create a new version. The only thing I have not done is reinstall the game, which I am hesitant to do since I installed it just a couple days ago, and have already reinstalled two or three times in an attempt to get rid of other issues I had launching the game. In addition, the problem has existed ever since I installed the game, so I don't see how a fresh install could help.  I know its a relatively small bug, but I love having my sims visit and interact with the ocean, especially when they have toddlers, and it feels like such a bummer when my sim lives right next to the ocean and I can't do anything with it.

My sims can fish in ponds on lots but cannot fish (or swim/snorkel/play) in the ocean.

I'm a 'me too' in this category. It's weird that the random little stuff is broken.

I don't seem to be able to swim in water. Haven't tried some of the other options. Can't get passed 15 minutes of gameplay to test anything else.

Same problem with me, can't seem to interact with any open water