hello, can someone pls help, i tried downloading sims 4 on origin but it says it only supports windows.

I've moved your post to this thread on how to buy the game for Mac. Please see the first post on page for full instructions.
- The Sims 3 Mac Forum - | - The Sims 4 Mac Forum -
- Origin Reset Tool for Mac -
- I am not affiliated with EA in anyway - 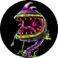 So I wanted to download Sims on my Mac (which has all the requirements needed) and I downloaded origin the correct way. I even bought the basic membership so I could be able to play it. for some reason it won't give me the option to download it. when I go to my game library it just shows up highlighted light grey and when I click on it, it says I can buy it on Mac, but then I end up where I started off with not getting the option to download anything. Someone plz help

Re: For some reason I don't have an option to download sims on mac

I've moved your post into this thread. Origin Access is not available for Mac, you must buy the game outright. Full instructions are in the first post on page 1.
- The Sims 3 Mac Forum - | - The Sims 4 Mac Forum -
- Origin Reset Tool for Mac -
- I am not affiliated with EA in anyway -

why can't i download sims 4 on mine? also have macbook air 2019. it just says only available for windows. so i tried to download sims 4 legacy edition but the download isn't starting. can someone pls help me

why can't i download on mine? got macbook air 2019 also. the download option aren't showing and it just says for windows only

Bought for PC/MAC but Mac is unavailable? 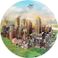 Tonight I went on to the ea web to buy sims 4 for pc and its redirected me to Origin to buy it. So I bought the sims 4 basics and then I proceeded to buy the deal with the expansion packs and stuff packs etc. when I bought them through origin it said for Mac and pc so I bought them as I have a Mac.

I then downloaded origin onto my Mac and all the steps needed to download sims. I go into my games library and click sims. the play button isn't even there and then above where it says hours played it says "Available on Origin Access for Windows only. buy game for Mac"

I click buy for Mac and it directs me to the same page and there's still nothing.

so I have bought a game that's said it was for pc AND Mac and its only now saying (after I've bought it) that its for windows only ???

is there anything I can do... please help

Re: Bought for PC/MAC but Mac is unavailable?

Please read the opening post on page 1 of this thread I moved your post to. You need to buy the game outright and not a subscription to Origin Access which is not available for Mac.
- The Sims 3 Mac Forum - | - The Sims 4 Mac Forum -
- Origin Reset Tool for Mac -
- I am not affiliated with EA in anyway -

Hi all. I have origin set up on my Mac but when I try to play, I am shown with the inability to play. My origin keeps saying that I can only play on windows but aren't MacBook users able to download the game and play it using the digital versions only. I also tried to play the sims4 over 10 months ago and I was faced with this issue, saying its only being able to play on windows. Do I have to download windows on my Mac to play sims, I don't really wish to do this as I prefer my setting of Mac. Please tell me what I can do as I'm dying to play. (If I have to download windows, isn't it a little silly to show an apple icon for what systems the game is compatible with, then not make MacBooks compatiable)