Recently, EA has made a change to how some of their games are distributed on Steam, which has a major impact to Spore on Steam.

I am creating this topic on behalf of other users who are experiencing this problem (there have been numerous people asking on this forum, as well as on other community-run sites), as well as serving as a PSA, and a central place to track this issue.

I am SporeMaster Kyle, who wrote the "Getting Started with Spore" guide in this forum, and I will be referencing that guide here.

Spore requires a serial code (CD key) linked to an EA/Origin Account in order to create a Spore persona and connect to the servers. This serves as a form of DRM, ensuring that only paying customers can access the servers.
Additionally, this also allows the game to be downloaded via Origin. This process previously worked for all EA games available on Steam. In the case of Spore, there is also a large modding community (as with many Maxis games), and Steam is known to have DRM that interferes with many mods, so many players do choose to uninstall the Steam version of the game and use the Origin version instead, so that they may use mods.

This process has been around for years, and is documented in the above linked guide under "Registering Spore on Origin". That section of the guide actually came straight from MaxisBazajaytee back on the Sporum. If the code is not redeemed on the EA account, players are unable to follow the instructions to create a Spore persona/account, and therefore cannot use any online features of the game. Additionally, the game will not appear in the user's Origin library, so they are unable to download it from there, and thus cannot use many mods.

Recently, EA has removed game serial codes (CD keys) from Steam, due to concerns of an exploit that lets people claim the key, and then refund the game or cancel the subscription used to download the game (note that Spore is available in an EA Play subscription on Steam). This applies to all EA games available in an EA Play subscription on Steam, though note that this issue also affects people who have outright purchased the game too. At this time, it does not appear to apply to the Spore expansions, as they are not part of EA Play.

This means it is no longer possible to create a Spore account or redeem the game on Origin if you purchase Spore from Steam. As a result, you cannot use online features in Spore, or use many mods.

The Spore community is not sure if, or when, this issue will be fixed. Therefore, at this time, we are not recommending that you purchase Spore from Steam. Please purchase from Origin or GOG instead. If you know someone who is planning to buy the game, please let them know about this.

If you have already unlocked your Steam CD key on Origin and already have a Spore account, this change does not affect you.

If you are a Spore player who is affected by this issue, please use the "Me too" and "+ XP" buttons below to help bring EA's attention to this issue.

If you have purchased Spore on Steam and are now unable to redeem the code in Origin (and therefore unable to create a Spore account), you may be able to contact EA Origin Support to have them give you a new code and add it to your account manually. This is not guaranteed, but if you've already bought the game on Steam it may be worth trying. Be sure to have your proof of purchase (receipt and email) ready.

The modding community is particularly concerned about this. Asnoted above, the Steam version of the game has DRM that is not compatible with many popular mods for Spore. While mods are obviously not officially supported by EA/Maxis, they are still an important part of the game for many players - as is the case for many other Maxis games, like SimCity and The Sims.
For years, the modding community has encouraged players to download the game from Origin or GOG, and Steam users have been able to access and download Spore in their Origin library at no additional cost. This has been the case for more than ten years, dating back to when Origin was called EADM, and has always been officially supported, so to see this option suddenly disappear has brought quite a shock to the community.

To EA - we need a solution

This problem appears to have been an oversight when the exploit was blocked. As it has detrimental impacts on Spore, we would like to see it fixed.

I am not sure if it is possible to retroactively revoke serial codes that have already been issued, though it appears it is not, hence this "solution" was implemented where no one gets codes at all. I don't really consider this to be a solution, because legitimate paying customers are no longer getting the serial code (CD key) which serves as proof of purchase, and provides access to the servers.

If it is not possible to revoke already-issued codes, there needs to be a way for paying customers (i.e. those who have purchased the game outright, and not as a subscription) to obtain a serial code (CD key). This process needs to be easily available to all users purchasing from Steam.

Additionally, those who download the game as part of a subscription (EA Play on Steam) should be warned that they will be unable to access online features for Spore, or download from Origin, unless they purchase the game outright.
Until any other solution can be implemented, this warning should also appear to all customers purchasing from Steam (i.e. on the store listing) so they are aware of this issue before they purchase the game.

I have created this topic with the intent that it can be used as a central place for EA to respond and track this issue. Thank you, and the Spore community hopes that this can be resolved soon. 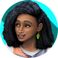 I have mine on steam, my dad bought it for me back in the day. I don't have his email.

Has anyone had any luck with contacting support?

They just told me to link my steam to my origin account but that didn't help.

I´m having the same problem, just bought the game today on steam

I did it guys, i managed to do it. I contacted EA (with proof of my purchase, like the email, my purchase history on steam, etc) and they gave me Spore on Origins. Once I logged into Spore after launching it through Origins, I was able to access the online features through Steam.

Jesus I spent so much time today trying to get it to work , this really so annoying. Was just tryna relive some cool childhood memories and ea gotta mess it up. of course :/ So what did u sya to them get them to give you the code or whatever?

Basically I headed over to EA support and explained my problem. The first person I chatted with told me to link my Steam and EA accounts, but that didn't work. The second person told me to attach the proof to my case. When I got to the third person, I explained my problem (I couldn't log into my EA account in Spore, and I couldn't access the online content.) Basically what he did was he automatically added Spore to my Origin Client game library, and then sent me a CD Key just in case. Then I just downloaded the game through Origin Client, logged into my EA account in Spore, closed it, and then opened the Steam version. Once I did that, I was able to just log in normally and keep playing.

Basically what he did was he automatically added Spore to my Origin Client game library, and then sent me a CD Key just in case.

^^^ this is what EA support will need to do. If I remember correctly, the advisor will need to get their supervisor to verify the proof of purchase (receipt from steam) and then they can give you a brand new code on your account.


Here is the link to contact EA Origin support: https://help.ea.com/en/contact-us/?product=origin&platform=pc&category=codes-and-promotions&issue=in... (you can typically choose chat or phone, email might be available too)

One thing I do want to note, you should NOT have two copies of Spore installed at the same time, on the same computer.
If your code is registered, you do not need to install the game from Origin (unless you wish to use mods) - just having the game listed in your library is enough. Just launch the Steam version of the game, enter your EA account email and password, and a new Spore screen name, and you're good to go.