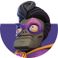 Hello everyone! My cousin ShadowTur_ (very experienced Imp player since the beginning of GW2), made a list of what he thinks Imp needs to be a balanced and fun character in Battle for Neighborville, he spoke to other very experienced Imp and geral players from the community and we seen to agree with everything he proposed. I wanted to share the list with the people from the BfN forum and reddit, and maybe get dev. attention, to make Imp great again. So, without further ado, lets get to it:

Explaining: Imp don't have the group up capabilities of Acorn and Space Cadet, so, if Imp died too, it would be bad to say the least.

Explaining: Gravity Grenade is an ability made for pulling and holding enemies in place, but half of the plant cast have some kind of escape ability that nullify gravity grenade, rendering it useless

Explaining: impkata should be an finalizing ability, not a bursting damage one, also for some character like imp, small and hard to hit, getting an ability that makes you very slow just doesn't fit the character.

Explaining: no one likes imp getting an get out of jail free card mid fight, it's not broken but it is braindead.

Explaining: oak now just has even more HP than z mech, and z mech just dies easily, so i gave this little defense to keep it alive a bit more (also this defense stacks with wizard's)

Explaining: Bionic Bash is just useless now, as it has been since GW2's Robo Stomp, too little damage for too much risk.

Explaining: with the blast radius of Missile Madness reduced and now aim is required, it's better to give Z Mech some movement in it, or else using Robo Laser would be just better.

Explaining: Z Mech now is useless, but if those buffs were added it would be a mess if mech hunter weren't changed.

Bonus: there is a bug, that already happened with my Sunflower that increases in equipment costs don't unequip upgrades, so you can have a character with 8 out of 7 or even more upgrade points active, so fix this by adding some restriction, like "if you have more than 7 points equipped the character is unplayable unless you unequip the extra upgrade points".

Explaining: if the buffs were added without nerfing Centripedal Force Imp would be too fast with that upgrade, also, that upgrade costing 4 points render it pretty useless.

Explaining: i won't agree a major buff for this because it could make Z Mech unlimited and broken, but 3 points for an almost useless upgrade is too much.

Without Damage Drop Off (DDO) changes:

Explaining: well i know some of you may find this stupid, DDO should be already in the game, i know, but i had to consider it without having, because who knows?

Thanks for reading all of this, to say the least. -ShadowTur_

Support the same post in r/PvZGardenWarfare for more chance of devs. to see it! 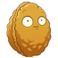 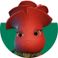 @GutmanSca  I have to agree with your Imp suggestions. I have always thought that Missile Madness should have been cancellable, and reducing the ammo that Imp has sounds adequate. I have always really enjoyed playing with Imp (especially when running Mech Hunter) so some buffs and/or other changes would really satisfy me.

I agree on most of the changes, but it's always important to challenge opinions, so here are my gripes:
Bionic Bash: 100 damage, while necessary, might need a delay to the smash because it can become a brain-dead tactic to run up a Nightcap, Acorn, Sunflower, Rose, or Cactus & vanquish them instantly (but not by much, say .5 seconds).
Jumping capabilities: Split on this. It'll make him more annoying to fight against, but it IS part of his intended play style. I guess making his hit-box SLIGHTLY larger to compensate for superior evasion since he's already a pain to hit unless you're in his face.
Robo Laser: Unless that's intentional, critical hits should always deal more damage, so @ 35 meters it should deal six damage max.
Other than that, though, I agree w/ all previous statements & wish to see them in-game.
Message 5 of 31 (918 Views)
Reply
0 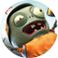 As one of many Imp players, I totally agree with these changes for him and Z-Mech, they're still good currently but not as much, they just die too fast and even faster with the TTK changes they made many months ago, and add the fact Z-Mech gets heavily focused, even more focused than a loaded up Space Station with a Co-Star. Imp Barely has a chance to fight back unless the enemy is caught by surprise now or uses that RoF Exploit (Which is.. honeslty quite bad, your aim goes everywhere while moving and you have to stand still to land most of your shots if used) and Z-Mech... Literally a 350 damage sponge, who's only purpose was to work as an objective bomb that worked 30% of the time.. Still don't know why that 1 damage nerf to Imp that no one even asked for.. Though being honest, they won't be adding Damage Drop Off any time soon, It would be nice though really but.. They even removed it from Sunflower's Sunbeam, the only ability that had Damage Drop Off now doesn't which is.. a weird choice.

And being honest, Centripedal Force is one of the most useless upgrades he has.. and its for 4 points....... Why?, Its just as useless as Uppercut on Nightcap which actually makes you lose some of that Fung-Fu damage by knocking them in the air, you basically would become a suicide Impkata to get some use out of it right now and get nothing unless Ripcord

Also how about reworking Mech Hunter instead? Make it based on Vanquishes, Reward Imp for getting Vanquishes by himself instead of just dealing damage.. And hopefully get rid of that invincibility bug he sometimes has when calling the Mech too.. You're glad it exists whenever it happens to you but get quite annoyed when you're on the opposite end of it happening on that 15 Hp Imp... 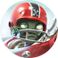 @Norman_27816The devs didn't nerf Imp's damage by 1... Do you ever read the patch notes? They nerfed his damage by .45, from 4.95 to 4.5. This was needed because he vanquished Sunflowers and Cacti too easily by himself. Not a lot of players understand this, but Imp greatly excels at flanking. He is still a really strong flanker especially up against Sunflower and Cactus, but this damage nerf buffs the characters that somewhat counter him. Imp easily shuts down Sunflower because he can catch her in a Gravity Grenade and land all the free crits on her and the Sunflower player gets vanquished within 3 1/2 seconds. Imp easily shuts down Cactus because most of the time she's usually scoping in, making it easier for Imp to land crits on. If she gets out of Gravity Grenade and starts to run away, don't sprint after her! She's basically vanquished because she is away from the fight and the zombies aren't worrying about her high-damage weapon.

@Joseph2004045 Oh yeah, he can handle Sunflower and Cactus pretty easy, because thats what EVERY SINGLE close range DPS should do. You asked @Norman_27816  if he reads the patch notes, and i ask you: do you even know what a flanking close range character is made for?

Taking out Snipers and Supports are Imp and Super Brainz's main role in close quarters, with or without anyone protecting them.

And by the way, Sunflower and Cactus can kill Imp in close range now becouse of how bad he is, stop complaining and get real.

@GutmanScaSunflower and Cactus can vanquish Imp, but he should get them really low and vanquish them without getting vanquished in 1 on 1 fights.

@GutmanScaA close-range flanking character isn't supposed to win every 1v1. That's why they nerfed Imp's damage. He was simply too good at shutting down Sunflowers and Cacti on his own. This just gives Cactus players a little more time to react to what is damaging them. This change doesn't really affect 1 on 1 fights against Sunflower because of Gravity Grenade and all of the free crits.