Sound problems with P vs Z 2

Sound problems with P vs Z 2

The sound quality in P vs Z 2 went totally haywire for me. It suddenly got all scratchy and tinny, with a weird sort of remote echoing that distorted everything. It was almost like I was playing the game inside a huge tin box and it was most off-putting. (I mute the music, so I don't know if that was also affected because it didn't occur to me at the time to check.)

All my other apps were okay, sound-wise. Despite this I tried updating the tablet firmware, but that made no difference either.

I resorted to playing with the in-game sounds muted for a while, but that took away the atmospheric quality - at least for me.

In the end I resorted to desperate measures. With my heart in my mouth I backed everything up and Force-Stopped the game before uninstalling and reinstalling.

Fortunately Google Play recognised me and I got everything back - apart from the terrible sound.

It was REALLY nerve-racking while I waited to see if I'd lost everything, like I've read about with other players, but after the reinstall everything became crystal clear again. PHEWW!!

I don't understand why the sounds suddenly got so bad. It started right in the middle of a Battlez match and I wondered if it was down to my internet connection. But when it continued while I wasn't playing Battlez that eliminated the internet connection as a possible cause. (I'd even reset my Home Hub just in case it was that.)

Was it just me, or has anyone else ever experienced something similar? 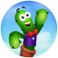 This distorted audio issue happens with IOS as well but the difference is that it is intermittent and has no set pattern, it could happen right at the beginning of the game or in the middle of the game, when it happens, I just exit then restart the game the problem goes away.

The audio is also muted if my phone rings whist the game is being played.

It‘s terrible! I thought my speakers have been crashed.
please fix that soon!

For a moment i thought humplemann was back then i saw the date.

@51qsjy73zek8 This seems to be an old bug that is still hanging around.

This forum is used by players talking to other players and it's unlikely  an EA dev will read it and act on it.

You can tap HELP CENTER at the bottom of the page and fill out a bug report but the chances are that from it's age, someone has probably already reported it.

If you fill out a bug report it will just get kicked upstairs to whoever is supposed to deal with these issues, so don't expect a response from them.