I always thought that my pvz2 player i.d. number was always identical, but apparently this isn't so any more. I created a help ticket weeks ago about my missing electric currant (they closed it 4 times before finally sorting it) but in my original complaint i sent a screenshot of my v6.71 player i.d. but this is actually a different number to my v7.01 player i.d. which also has a new separate "persona" i.d. number, given out when the v7.01 update went so badly pear shaped🍐.

I WOULD ADVISE EVERYONE TO SCREENSHOT THEIR LATEST PLAYER I.D. AS A MATTER OF COURSE.

I have no idea why they've changed it, or added this "persona i.d." but if you do have a problem then you WILL need a correct player i.d. number. (You could always keep both screenshots, just in case). 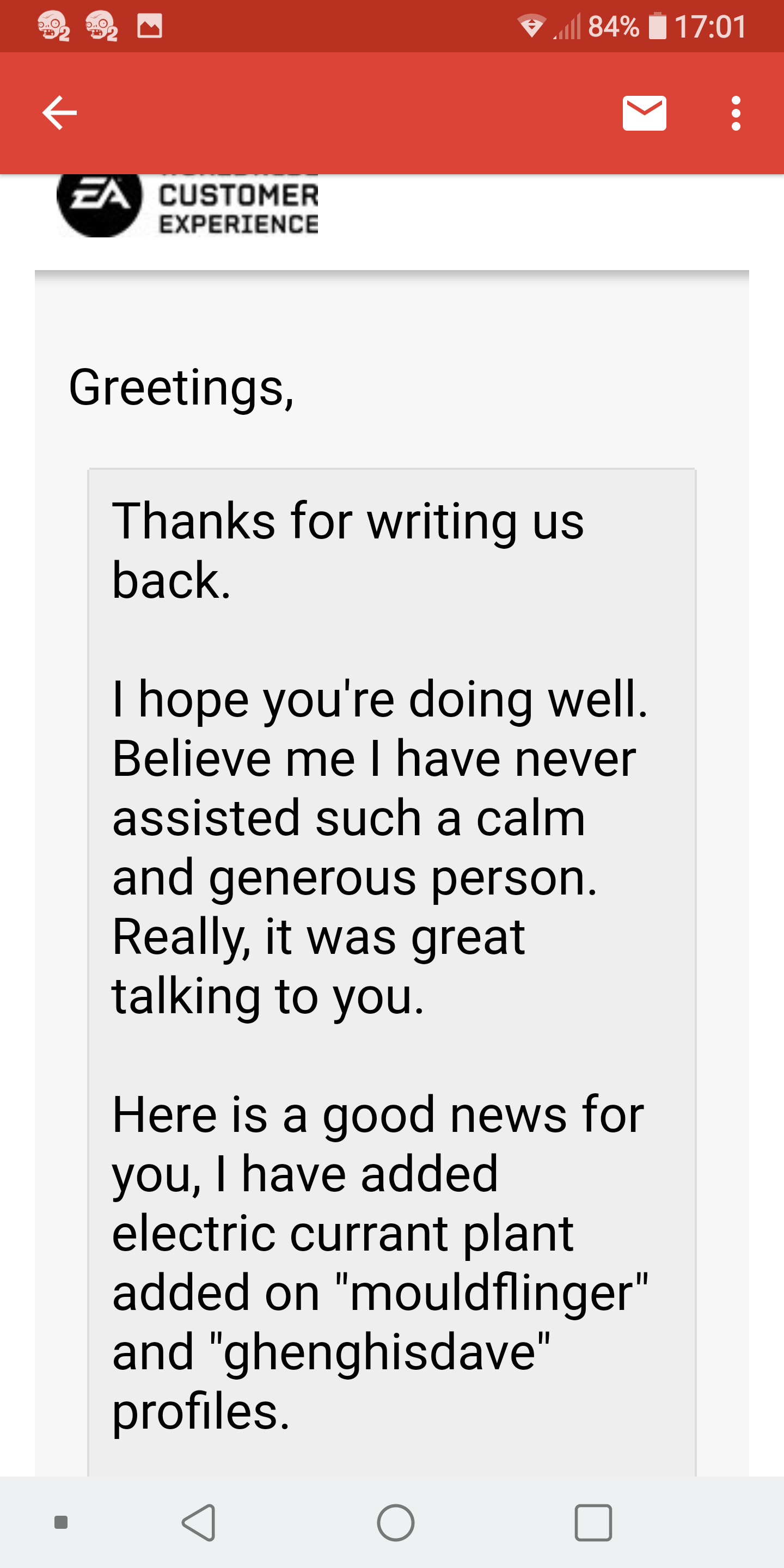 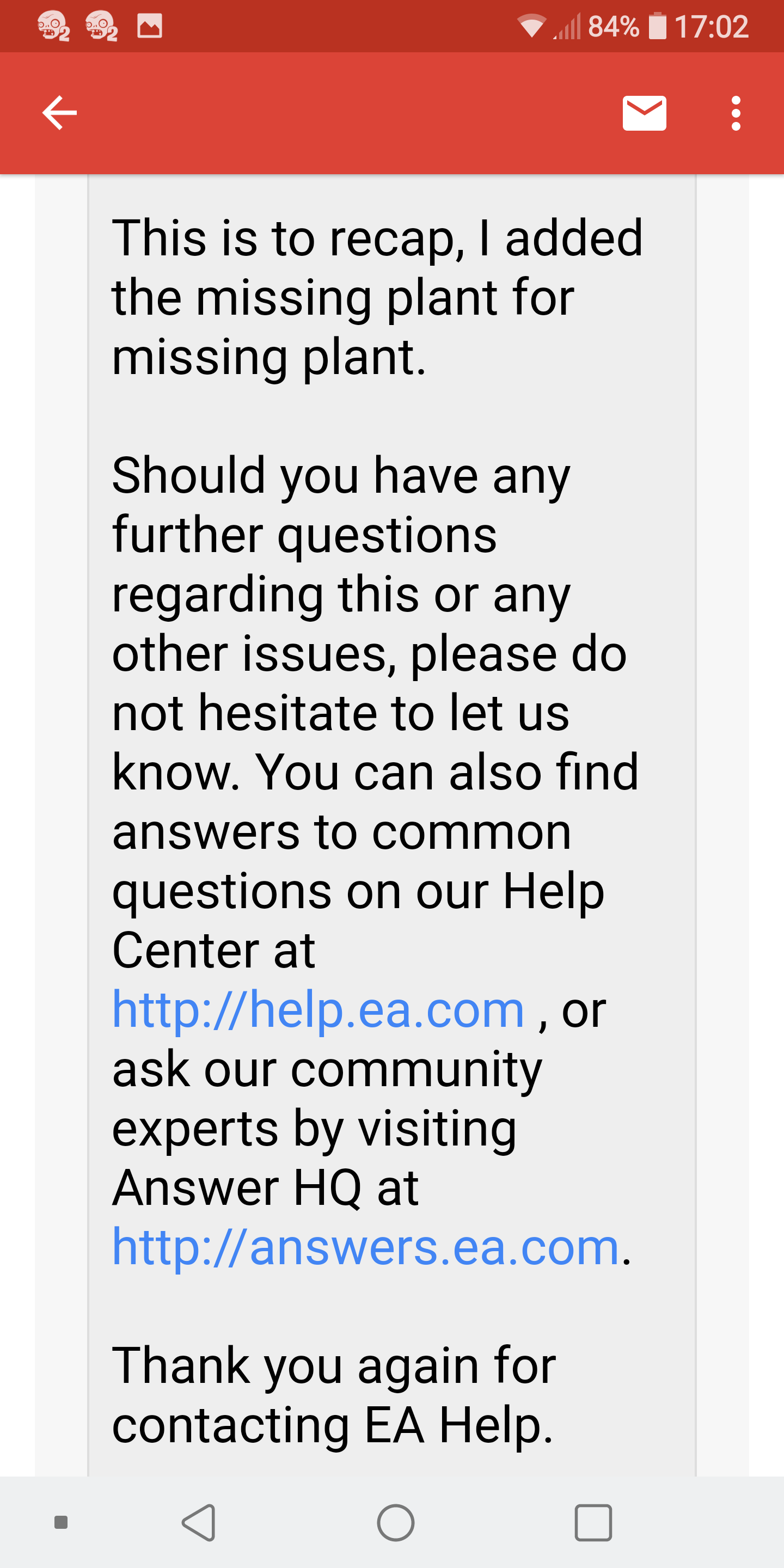 "Calm and generous". I got that response before but never understood how I was generous via email. Maybe because my email responses are wordy...? 🤔