Be a Pro playoff glitch

Product: NHL 19
Platform:Sony Playstation 4
How often does the bug occur? Every time (100%)
Steps: How can we find the bug ourselves? In Be a Pro, if you are in the NHL, make the playoffs then win the first round.
What happens when the bug occurs? Even if you win the first round, it will read “SIM TO NEXT SEASON” even though you won and you cannot play for he rest of the playoffs
What do you expect to see? I expect to play in the playoffs past the first round and “SIM TO NEXT SEASON” to only appear if you didn’t make the playoffs or lose the first round
Was the issue in online or offline mode? Offline
Insert Game Mode or Feature here Be a Pro
What time did you see the bug? (HH:MM AM/PM) 10:44AM
What is your time zone? EST (IET) - GMT - 5:30
What is your gamertag/PSN ID? kawaiigamer1231
PS4 Crash Reporting: Please copy the text you put in the crash report here.
EASHL issues? Please insert your Club Region.
What is your game language? English

LOL, can’t play past first round, what a joke! 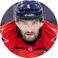 Apologies for the confusion, however this isn't an issue.  You have to sim to the end of the round for the next round to show up in the calendar.  The game needs to know which teams advance to the next round before it can add the games to the calendar.

FYI, can be fixed if you go to calender and sim a couple days at a time

Yup calendar trick fixes the glitch until they patch it

It's been over six months since the game came out; I bet my left testicle that this is never going to be fixed.

Apologies for the confusion, however this isn't an issue.  You have to sim to the end of the round for the next round to show up in the calendar.  The game needs to know which teams advance to the next round before it can add the games to the calendar. 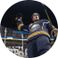 Are you kidding me? Seems that you mean thats not a bug its more a feature. I play 82 games plus 2 games in best of three modus then in the middle of the screen stands sim to next season and  not go to calender play up to next round. You mean thats not an issue? Bad programming looks like this.

"This isn't an issue" ahahahaahhahhaha

Wow, ok so this is how it just played out for me now, playing the NHL 19 free version with my playstation subscription (pondering to purchase NHL 20)

Get to Stanley cup playoffs, just put in about 10 hours of game time.

-First round, play it out, great we win.

-Click the sim to next days/season/round button, and as expected...

-Now we are in the equivalent of quarter finals, we got to game 7 and win, GREAT here we go to the SEMI-FINALS!

-Click the sim to next days/season/round button, But now, completely NOT expected....

-I'm now in the future by about 6 months, it states the playoffs are over, some other team won

-Why on earth would the default sim button just be a sim to the next season... i.e 6 months into the future, completely skipping the SEMI-FINALS AND FINALS of the Stanley Cup playoffs. The other sim buttons seem to correctly work most of the time.

Whos neck hasn't been rung out at EA for this MASSIVE issue. This is a genuine programming or game design mistake, it is such a big mistake, that EA would be better off just saying it's a bug, and then patch out the 'bug'. What a joke, EA where is your head at?!?!!?

Wow for the employee from EA to come to this forum and state "it's not an issue" You should be fired.

"E-A GAMES: Challenge everything!    RUIN EVERYTHING!"

Year upon Year EA fleeces it's die-hard fans, with sub par iterations to their titles, whilst cashing in butt loads. But hey, I can deal with that, it's the nature of the gaming industry mostly.

But then this crap, I mean come on, get with the bloody program. Seriously it's like a lottery choosing whether to buy the next years FIFA, NHL, MADDEN title etc. The ONLY thing that now days, causes most big time fans to buy each year is the fact that's where the online player base exists.

Otherwise most years iterations are just updated licencing, like oh great now it's "Pepsi" around the Honda Centre Rink instead of Dunkin Donuts etc etc.

Again from EA - "Apologies for the confusion, however this isn't an issue.  You have to sim to the end of the round for the next round to show up in the calendar.  The game needs to know which teams advance to the next round before it can add the games to the calendar."   -----

No, just make it so that after any Stanley cup game, i.e end of each Stanley Cup playoff games it just always only sims by one day, then asks again for user input. I don't think any of the users would have a problem with having to click the sim button a few more times than usual just for the Playoffs, would be less than 5 minutes, to avoid a cardinal disappointment, anti climax to going into the play offs. The gap between quarters and semis playoffs is like 4 days, it would just require a simple extra couple of sim clicks.

Does this issue exist in NHL 20?

I just played a whole season with ottawa and had only around 10 loses. Won first round of the playoffs. Then instead of continuing the playoffs it simmed to the next preseason. So yeah no confusion.

I never got to even get the all star game.

Was the all-star game removed?

Interesting how in nhl2011 there was an all-star game and you were able to play in the stanley cup if you had the most wins and won in all playoff rounds but not in nhl19.

They won't admit it's a glitch, they banned me for the above couple of posts, for "offensive username"

Funny how the username was fine for about ten years, then suddenly after this forum post they decide to ban me for it.