Madden 18 - The requested league is temporarily unavailable, We apologize... 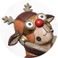 @EA_Blueberry First, thank you for at least continuing to read these posts even if there is nothing that you can do about the situation.

My question is what steps have been taken to ensure this does not happen again? As a customer I want to purchase madden 22 but It feels like this will just repeat itself in a few years and is a big deterrent. I would really appreciate high level explanations without getting into to much detail that it becomes a security concern but still provides more information than “we have improved quality assurance checks”. An example I could think of is if CFM files could be saved to a players machine instead of on EAs servers.

@Gregarino You may get some generic reply about "a fix" but in reality likely nothing has been done.

I'm in a similar situation. Its been a long time without Madden and may be interested in starting a new CFM in '22 but the frustration of how poorly EA has handled this situation and the lack of guarantee that it won't happen again strongly precludes me from shelling out any money for the game.

I’ve bought 18-21 and was disappointed with 21, after losing all my franchises on my favorite of those maddens I will certainly not be continuing my purchase streak.

@EA_Blueberry Now that Madden 22 will be released shortly, I assume the team shift their focus to our issue prior to working on Madden 23?
Message 434 of 442 (436 Views)
Reply
1

@EA_Blueberry Madden 22 is out today. Will the team begin to look at this issue or will EA give us some sort of compensation to make up for ignoring this issue for 8 months?

I still think a copy of M22 to all impacted users would be the best option but EA should do something to put this to bed.
Message 435 of 442 (301 Views)
Reply
1

@EA_Blueberry It's been over a month since your last reply. Will they look at the issue now or will EA bring this to some other resolution other than just ignoring this thread?
Message 436 of 442 (253 Views)
Reply
0

We’ve reached the point where a woman could have literally created a person in the time it has taken them to fix a bug.

It continues to be frustrating. I do think the idea of free downloads of the new Madden would be a nice way to show some obviously passionate fans (ones who feel so strongly about a game from years ago where they still play it) that we’ve not only have been heard, but had an empathetic ear listening to us.

All any of us can do is vote with our dollars.  After getting burned repeatedly from buying EA's games, I just can't do it anymore.

I've uninstalled Origin on my computer, along with all the games I had tied to Origin.  I won't be buying anymore games or DLC on Origin.  I've uninstalled every EA game on my Xbox with the exception of Madden 18, and I only keep Madden 18 on there to test to see if the issue has been fixed.  I'll probably uninstall that soon as well.

I will no longer play games from EA that I already own, of which there are many.

I won't be buying Madden 22 as everything I've seen about that game says it's a bug ridden nightmare.  It still has a 4 year old color rush bug, head to head game bugs where the camera never cuts away from the b-roll footage to actually start the game.  I saw on Twitter where they put an upscale apartment on the 50 yard line during gameplay, and had a shrub playing DB.  Also saw where doing upgrades to George Kittle may cause seizure inducing visual glitches.

So, with Madden 22 being such a disaster of a game, I'm sure Madden 23 will be out long before the Madden 22 bugs are fixed, let alone our Madden 18 CFM issues.

These problems don't go away unless we actually follow through, and vote with our dollars.  There's a lot of games I'm gonna miss out on made by EA that I wanted to buy, but at this point, I think I've already given them the last dollar I'm prepared to give them.