I just played couple of SB and hoped its fixed already.. won 7:0 and 4:1 on legendary so I start another one, I am up 2:0 after just 10 minutes with some very nice goals and then I realise I cant hear fans or whatever.. like wtf, repair it already!! Fix your game ffs and make amends! So pissed right now

Here is me recording a video of it, I lost the points as well: https://www.youtube.com/watch?v=QfXsBUslsoI
Message 63 of 77 (647 Views)
Reply
1

PC version is still doing it. You have to listen to the ball sound in the warm up. If you don't hear the ball being kicked then it's going to not move on, so just alt&f4 out to not lose the game & just lose a contract,. Pathetic EA this is still happening, crazy..

Right I've come on hopefully with good news. My personal problem was not only squad battles, but also single player seasons. I have the same problem as everyone else, then I stumbled upon something that fingers crossed has stopped it for me. I have now just played 4 squad battles & 3 single player season games in a row without the problem. What I did was cleared my origin cache. Go & google how to do it, it's simple & touch wood it stops it happening...

Yes I rarely get it now. Here's what I done:

If bug comes back just do a repair and restart. Hopefully the bug will rarely come. 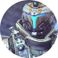 having same problem. this is sooo annoying...

So guys this stopped happening to me, for a week now. Here is what I did to 'fix' it:

In the main menu, I went to customize>profile>delete>

then I deleted 'FUT Squad Update 1'

Initially I would just delete the FUT squad Update and re-download after every FUT match which allowed me to go multiple games without the bug occurring, but it didn't always work. I would go 2-3 games, sometimes 4. I had been doing this for a while since it was quicker than restarting Fifa after every match. But it seems also downloading the kickoff squad update as well seems to have fixed it permanently.

Solutions I had tried earlier which did not work for me:

So for those who have tried other solutions and still keep getting the bug u can try that as well. I will re-post this on the other related threads hopefully it can help someone.