First of all, I still hv no idea why a simply awesome feature called Dynamic time and Dynamic weather are'nt in the game. For crying out loud, GTA III, a >15 year old game has it.

Secondly, there are so many Nigerian players but no Nigerian national team. We were in the round of 16 against France in the last world cup, C'mon! I assure you that there are no less than 15million Fifa players out of our 180million population. We have been waiting for a Nigeria male and female team for too long. Our female team have always gone to the world cup, please dont fail us!
Message 21 of 54 (681 Views)
Reply
2 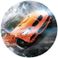 I would love to see them add the Womens Super League to the game and to career mode. They have already started adding womens footballers by adding the international teams to FIFA 16. At least put the WSL1 on there, with Arsenal, Chelsea, Man City becoming very popular and very good teams would be great to have them available on the game.

I agree with everything there.

I only ever play the Be A Pro Career (really).  It'd be nice if EA could actually make it a little realistic...  Everything is just so boringly repetitive - you play matches and continue... Nothing else.  No drama, nothing.

I'd like to be under contract at a club, sign a new one, reject, ask for more, leave under bosman if I want etc.

My fellow team mates are completely clueless too - just sideways passers or hoofers... You pass to them and they just watch it go past!

Your player gets tired too quickly so you can only play once a week! (this is where sub appearences come in)

Also, sometimes when I get called up for international tournaments, it simulates them for me even though my player is involved!

The squad numbers a terrible - Joe Hart is the number 9 sometimes.

Getting called up for the U21's would be nice before the Senior team.

I also agree with having cutscenes, like the England manager visits you after a great game or you get presented with a MOTM award. (Skippable of course). With interviews and rumours about your player.

The game should have an A Team v B Team before you get scouted for a club (which can be optional).

The crowds are always bland.  You score at the Kop end at the Merseyside derby and it's like being a sunday league match. 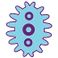 All those items mentioned on the wish lists are valid but I feel that the career mode should have more of a manager feel to it. If someone doesn't like playing every game then allow detailed simulations of the match where our own substitutions can be made as opposed to automated.
Additionally we should be able to alter the tactics if we want the team to play attacking, counter attacking or defensive football.
As someone who doesn't play the actual matches in career mode and simulates them I'd appreciate being able to feel like a manager and adjust tactics and formations during the game as opposed to feeling like the director and just being able to buy players.
Message 24 of 54 (615 Views)
Reply
0

I have played this game for years now. Ever since the first engine change, back in 2008, for the upcoming '09 version of the game. The only game I missed was the '14 version and the same year world cup, for I did not have a video game, nor anywhere to play. Lately I've been thinking about some things that would be a good addition to the game on CM, because that's the only game mode I actually play because I just want to spend my time playing it and the servers and players are not that "friendly". I would like to have the patience to lose online, but I don't.

I really like the slight changes made from 15 to 16. The game feels more "pacey", players don't make crazy runs like Aubameyang used to, and that's good, but still there is a long way to go. What I thought was strange at first was the "power pass"(R1 + X), as I call it. It felt weird at first, but then I got used to it, and it even improved my game a little bit. If anything comes up to my mind I'll add it to this topic, but right now this is as far as it goes.

I would like it to be like the real life counterpart. A team has all the subdivisions related to its structure, so I'd like you to consider adding something like this. You could hire coaches and split the work amidst them. You would have the first team, which you would coach, and the coaches under your command. These coaches would give reports just like the scouts give you. It's not like a lot more job for you to do, but you could have more options on your bench and wouldn't risk losing someone you scout. You could hire youth players and manage them with the others helping.

Sometimes a youth player gets a chance to play for the main team, but then loses form and consequently space on the roster. Instead of having this player disappear with your game updates, you could make them be a part of the B team. Both teams would be separate, but would have this connection. This would be good at the end of the season, I could experiment the youth players, always having the opportunity to relegate them to the team B and not losing them. Games of those teams could be really simulated, for the teams who have a B counterpart on the game, or just random.

2 - Interactions with the board and team supporters:

I would like to be fired if i did not reach the objectives or if I underperformed. You used to have a bar to measure your relationship with the supporters and the board. That would be a good addition.  I would like to receive more offers form other teams as well. It does happen, but not as much as I'd like.

Other thing is at the end of the season, I wish I could choose between staying or leaving, or maybe even change clubs on a pre-contract, like Guardiola did. And you could add more options for me to choose, because it's too limited. The previous games, let me choose between any team on the game. All I'm asking for are some offers showing up at my table.

3 - Transfers could be a little more evolved:

Like in the contracts we see out there, players are involved in swaps and still are linked to the club they were bought. Pato for instance, still has a contract here in Brazil with Corinthians, but is actually loaned to Chelsea. He still has another six more months due in the contract with the former club. This could be done in-game. (After I wrote it, I thought about this being possible already, disregard if it is)

Another point that is fair, is the purchase of one player by offering another one plus money. You could bend that to add more than just one player to my offer. And you could make deals only involving players, even if it is not that fair:

1- I want to have Messi, but they don't want to sell him. I could offer two or three of mine youngsters for him plus money;

2 - (Real example) Boca and Juventus deal over Tévez: They sold him under these terms. Boca bought him, but they offered some youth players and an amount of money.

PS: It'd be interesting if you could swap players and still have their ownership.

I have never really used it, but it's a fine idea. I want it back.

5 - Upgrading your stadium and stadium developer:

It would be great if I got a 4th division team in England and enhance it's stadium. Just bear the idea.

Thanks for actually reading it. If you did not understand what I said, comment and we will sort it out.

Bye, love y'all. Make it the best game on the world. I want to be a player of this game on it's '50 version.

I know this does not exactly concern CM, but it is a small, quick system that can easily be created in game engines such as FIFA's: A new pro clubs system that innovates the way people create characters that allows a fairer system. You start off with 20 on every stat, you get given a set amount of stat points, and you can spend points on different stats up to 80 so you could have a balanced character or a player with like 80 finishing, 80 crossing, 80 acceleration etc. but have like 20 standing tackle, sliding tackle etc. and a similiar system goes for a GK.

Better player indicator colours. When playing with a friend the player indictor colours are hard to differentiate which seriously affects gameplay at times. 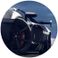 Please EA add The Maracana Stadium. Its the most iconic stadium in world football and looked great in the World Cup edition.

I want more reaction from the commentators when a goal is scored (they can even go crazy) it would be amazing. I also want better commentating generally coz I realized that lines are being repeated. Please improve Cristiano coz defenders quickly take the ball from him, which does NOT happen in reality. I would want huge posters from the fans in stadium just like in real life, not to mention sprays, microphones etc.  Now we will move to more important stuff

1- make faces for managers as well as players

3- There were no arguments or fights between opposing players (ADD FIGHTS.

5- make the overall game faster coz the game is slow.

6- not to be weird or anything, but u can add pitch invasion by crazy fans. (rarely)

4- more crazy celebrations - such as taking off shirt and screaming oh yeah and when cr7 makes his siii celebraton make his mouth oval just like the shape when someone blows air. don't make his mouth normal in that celebration

add details like when players go out from the bus to dressing rooms..

Add the players' own reactions in reality.