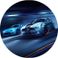 i own the the saboteur on origin pc. everytime i click play on the launcher nothing happens after. what can i do in order to get the game started so i can play the game?

Hey @ragingpooper15 sorry for not getting to this sooner.

Do you see an error message of any kind when the issue occurs?

First thing to try would be to repair the game, open your Game Library in Origin and then right click on the game tile and select Repair. This will run for a couple minutes and look for any issues with your game files.

If it works, great. If not get back to me with a DxDiag and we will go from there: https://help.ea.com/en-us/help/pc/how-to-gather-dxdiag-information/

I also have this problem. I just re-downloaded all my origin games after rebuilding my PC.

Saboteur is one of my all time favourite games, and I'm extremely disappointed I cant play it.

My PC build (abbreviated, but major components shown to find out if there are any incompatibilities):

I have tried clicking "repair" on the game to see if that would make any difference. Origin repaired the game and said it was ready to play.  I click on it, and same problem, the origin status changes to say I'm in game, but it just dumps me to my desktop and nothing loads, and then my status reverts to "available."

I went in and tried both the Saboteur.exe and Saboteur launcher programs directly, but that didn't work.  So I tried launching from those files and playing around with the compatibility settings. I changed the compatibility settings on both .exe files to try Windows XP Service pack 2, 3, Vista, and Windows 7. None of those options allowed the game to run. The closest I can get is the launcher program brings me to an initial window where I can set video options, etc. but as soon as I click "play" on that window, it kills the program and dumps me to my desktop again.

I'm super disappointed that I can no longer play this. Is there any resolution to  be had?

I cannot get mine to work either, and my reply was deleted when I tried to attach my dxdiag.

I recently spoke to another customer and they mentioned it was due to being installed on a different drive. Have you tried installing it on a different one?

I'm sorry but the guy in the other thread is entirely unintelligible. It sounds as though he had the game installed on an external HDD and solved his problem by installing it on his Primary drive (C: ).

This is not the problem in my case. I already have installed the game on my primary drive, not an external drive. The game, as I mentioned, does not load but merely dumps me from the origin window to the desktop without doing anything at all.

I found the issue and the resolution.

Apparently, the Saboteur will not run on PC's which have more than 4 cores in their CPU.

There is a gamer on GOG who built his own custom solution. I tried the .7z file that he uploaded after modifying it to make it work, and I am now happily playing the game.

Hope this helps someone in the future.

Thanks for providing the tip and glad to hear it's working for you now, @Canadacorps

The 4 core limit issue seems to be correct as others mentioned. I thought I would share the workaround I found. I have an Asus Maxmimus X Hero motherboard and in the Advanced section of the Bios there is a CPU setting to limit the number of cores that are used. Set the limit to 4 and Save. Sure enough Saboteur can run now. Other motherboard brands may have a similar setting.

In my case the fix from here helped to make it run: