If you cant fix the matchmaking , dont worry about fixing the game simple. The bad matchmaking is causing advantages for people that higher rank.

At least let us have a chance at a fair fight.

If harvesters don't heal over time, there is barely anything won by defending it with barely any HP left.

I played lot of games and here is my first feedback. I'm lvl 6 now and vrry frustrating to play against the zone troopers, ion cannons and obelisks.
I don't think so the first commander of GDI is good enought vs obelisk or ion cannons. 2 obelisk can control the all of the platforms, but with a little turret we can't do the same.
Kane can summon 2 obelisks one time while the first GDI connander can't, the cd is higher than op obelisks.

Zone troopers is a very frustrating enemy. Only counter the riflemans but if you don't have enough cards, you can't uograde these units and you will fights lvl3 rilemans against lvl5 ZT. You will lose.
In early games, GDI can't counter the higher lvl infantry units like ZT or Cyborgs.
Why? Because these units can shoot the air units. Why? If I want shoot air units, I will be make rocket soldiers. We can't fight against the units from air and with wheicles. So GDI can't do anything in lower levels, the enemy can counter the slow and weak riflemans so ee will lose.
Titan too. We can' t go close enough to destroy it, air attack is not an option too.

Ion cannons is to low cd. One shot can kill a whole platform. If I wan't to play higher level with the default GDI commander, this is an unfair handicap.

Sometimes the matchmade is unfair. I got titans and zone troopers enemy, but I don't have these units. I only have Rhino. Not too fun.

And the levels... Sometimes my enemy using lvl 5 units but my max lvl unit is 4 but lot of my unit is max elvl 3. This is frustrating too.

To highlight what a few other players are saying, there is definitely an issue with matchmaking and matches being fair. There needs to be some changes, and there are several that I can think of that would make the game more enjoyable.

First, Matchmaking.  For now disable the loss streak and penalties for losing. We don't have a huge player base, so the chance that we are going to get an unfavorable match is much more likely. Just disable it so we aren't driven into the ground since we can't spend money to make up for the RNG of cards locked. It's also extremely frustrating to be matched against people I know going in I have no hope of beating, and it doesn't encourage me to want to keep playing. Either lock us to very close rankings, or give lower ranks some kind of boost or advantage in the case of skewed matchmaking against someone like Jade or Pylons where we are literally unable to win.

Second, we do need CPU commanders to simply stop being matched against someone we can't beat. I am only rank 2 and I've been matched against NOD twice. Absolutely unacceptable. Nothing in the levels of my units or the tier of units I have unlocked even comes close to dealing with NOD. Just as a quick fire, either having the CPU be a counter squad to yours, or simply random but with the same levels would make it fair. And you could even cut rewards and progress by 50% so we aren't able to get too far ahead just off CPU battles.

Third, match length. Matches are really short, just based off there is only 3 rounds of nuke launches before someone is dead. I noticed that the missile just stalls if it fully charges yellow. Another idea would be to have a stalemate nuke charged yellow wipe out all battle units except for harvesters on the field, putting the two sides back at equal instead of a single second of pad control determining who wins and loses. It would increase match time, but I've not had a game that lasted long enough to justify trying to spend resources on higher tier units. I also agree with suggestions for having the charging of the missile work differently factoring on who controlled it the longest.

Jade has complained about being matched against people almost 1,000 points below her, but let me assure you and her it isn't as frustrating as being matched against the person almost 1,000 points above you, or even 400 or so points above you. Having a disparity between the units like that just ruins the game and losing resources because of it won't help at all.

For the most part the other factors of the game are fine. It looks great and runs good, not an issue there, but overall the problems outlined above don't make up for the great graphics and stable running, it just makes me want to play this less, and old school C&C more.

ive noticed that players i come across have more built up units than i do but i seem not to get any useful cards for anything why is that??

@PunisherTRD you need to join an active guild to help stay competitive. That way they can donate cards you want now and they don't want now and you can do the same for them. It really is. Useful system.
Message 76 of 847 (2,960 Views)
Reply
0

Donate cards? why pay for your clan when we are all out there batteling each other. it's even worse for you if they leave they take the cards with them.  might as well create a trading system for that. Anyways, I'd like to think that the game boosts user in battle, but i think it's not that balanced yet. i was just in one and they got a boost, but why? we had just started. either that or they have cheaper harvestors. i wonder why i lost too. maybe the pic can tell us. Maybe those rockworms should changed to not allow them to crawl on to a platform, and when the attack they lose health.

I'm in an active clan but that hasn't made much of a difference for me. Also, went up against MLRS today, and that definitely is too op. Needs to have something that can take it down, as none of the vehicles or troops I have do much damage. There is no way it should melt everything you throw at it.
Message 78 of 847 (2,946 Views)
Reply
0

MLRS has tons of counters, the least of which are infantry which it barely touches and air units which it can't hit at all. Even some of the heavier ground units like titans and rockworms can take out MLRS reasonably well.
Message 79 of 847 (2,941 Views)
Reply
0 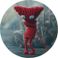 Ok I've been playing a while now. Up to sector 6 on both gdi and NOD.

All units are good in lower tiers of play but as you progress to least sector 5. You start seeing mostly key units in all line ups

For the most part GDI vs GDI plays out to being skill for most part but if your against NOD who has Kane with cyborgs confessors and worms forget it... Many good players stack em together bringing both on the field at same time. Extremely hard to counter and most of the time you lose.. NOD vs NOD is a even playing field but GDI lacks badly... I know at lvl 10 I'm (8) you unlock units capable of dealing with this but so do they.. possibly releasing snipers at least lvl 4 or 5 might lvl the playing field some. Loving the game so far but it's fustrating losing a match as GDI not due to skill but just better choice of units. Might I also suggest reducing damage done to infantry from Kane's oblesik as it's anti vehicles not anti infantry and vehicles. Any infantry within striking distance of there oblesik is destroyed pretty fast.

Flame tanks are also very powerful against other vehicles like tanks.. don't think something that's anti infantry should rip a hole in tanks ment to counter them. (Yes I'm aware air works best to counter)

For the most part everything else plays well and is very enjoyable. Can't wait to see where the game goes from here