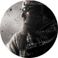 I've been playing battlefield 1942 ever since it came out and still am having a good time on the game I even bought copies for others to get on.

I now particular play one server but we have this troll that keeps coming to the server and crashing the server, were having to put a password on the server to keep the troll out and it's causing us players.

I mean this troll has been sending malicious private messages to the admins Swearing it going to keep Crashing the server and, I understand the troll crash other servers too.

Is there a way that we can be helped to fix this exploit in the software?

P.S.: I'll be totally grateful if you guys put Battlefield 1942 back on the shelves or steam or origin and I deftly will recommend people buy that game.

Re: troll is exploiting Battlefield1942 software 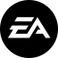 Please use the steps detailed at the following link to report this.

Re: troll is exploiting Battlefield1942 software

Unfortunately there is nothing we can do here in the forum for you about this.

Best you can do is just to report this player.

Use this link here as help how to: