The QtWebEngineProcess.exe process is still a greedy hog. Any news on an update please?
Message 142 of 152 (2,318 Views)
Reply
1
Highlighted

And EA still does not learn, as in August 2018 qtwebengine processes taking over my cpu, each time origin downloads an update , it get a little worse , curious cause origin states @ A free platform packed with great PC games and features built to make your gaming experience even better., the key part being MAKE YOUR GAMING EXPERIENCE EVEN BETTER, yeah right

This has helped me a ton...always empty your origin temp folder after update. For that matter empty your temp folder often.
Message 144 of 152 (2,136 Views)
Reply
1
Highlighted

Something I use to fix this ,

Program called Firemin (essentially used to control the amount of memory firefox uses) really simple program which we are going to use to control QtWebEngineProcess.exe

* Install it or run the non-install version --> right click on it -- > Extended processes.

* In the list you can see a bunch of processes , replace with the following:

We just added a comma then the QtWebEngineProcess.exe process , after that restart firemin.

There you have it , it will no longer consume lots of ram.

ps: You can use it to control other processes too

PS. You can set the process priority to low automatically with the following method (Only needs to be done once)

Set DWORD value to end in 1 instead of 3 and change the process in that example to QtWebEngineProcess.exe.

That will always set the process to run in lowest priority.

I'm a bit late to the party, but given that the thread still gets bumped once a month or so, I guess I'll chip in. There's a lot of posts that misunderstand Qt and why QtWebEngine is such a hog - so as a programmer who worked with Qt, I'll clear it up a bit.

EA uses the Qt framework for its GUI client. It's cross-platform, pretty easy to use, and in general not a resource hog by itself. Quite a few programs use it, and they mostly limit themselves to basic Qt functionality, which makes them pretty lightweight.

While Qt offers a lot of functionality, it's not a web browser - it only uses a small subset of HTML in some places, and it does not have a Javascript interpreter. Of course, sometimes you have a ready-made webpage with all the GUI bells and whistles and JS in place, and you'd just like to transplant it to the desktop client.

There are actually a lot of solutions for this - there's Electron which is basically a repackaged Google Chrome, used by e.g. Discord (and at the same time looked down on some for resource hogging

), Valve has a web browser within Steam as well (you might've seen the steamwebapphelper.exe process). Qt also offers a solution, but things get slightly complicated here.

In Qt4, the web browser module was called QtWebkit, and used the WebKit engine underneath. For some reason, in Qt5 this was replaced by QtWebEngine - maybe it was less maintenance, or maybe WebKit did not have the functionality, I don't know the details. Anyway, QtWebEngine uses repackaged Google Chrome underneath instead, and QtWebkit is deprecated right now. The process you're seeing - QtWebEngineProcess.exe - is basically a reskinned and renamed Google Chrome process.

Since the process is Chrome, there's probably a myriad reasons why it's a resource hog - maybe chrome devs configured it to use a lot of resources by default, just like a standalone web browser. Maybe Qt developers didn't catch these options, or expose the interface to fine-tune them. Maybe Origin GUI client devs didn't have the resources to fine-tune the browser and were only able to replace QtWebkit before it became deprecated. Either way - the fact that Origin was released in that state either means that someone neglected testing, or that management set (or was forced to set) deadlines so short that there wasn't time for anything else. That's a show of bad management, on some level.

Now, comparing to Valve - apparently Steam uses something called VGUI, their own GUI toolkit they started way back for half-life 1. Back then there weren't GUI toolkits as fancy as Qt, so Valve rolled out their own. It apparently uses Webkit for web browsing, and since Valve developed the entire GUI toolkit, they can fine-tune it for Steam's purposes. Of course, that took a lot of resources to do, more than a small crew of say, 4 devs, required to make a Qt client. There are ways to make QtWebEngine more resource friendly, I assume - starting by profiling what EA webpage contents are causing the hogging and fixing them, compiling slightly customized QtWebEngine to limit resource usage, maybe even hiring devs to work on (open source!) Qt and Chromium to squeeze out more performance. To what extent EA is willing to hire extra developers for all that remains to be seen.

The same for me. I will not buy any other games running with origin. That's ridiculous and it makes me angry! Yesterday I was perfectly able to play and now.. oops we installed you an update that is soo good for us. what, it doesn't work for you? well, we don't give a damn!

We're removing this comment because disabling or limiting QtWebEngineProcess.exe will result in an unstable experience as all Memory, CPU and Disk operations will run at a lower speed, or utilization.

While it might free up memory, it will ultimately cause more problems while using Origin.

Any updates to this issue? Been having issues with QtWebEngineProcess.exe crashing which causes origin to crash which causes the game to crash for quite some time now. I have tried re-installing origin several times and clearing the cache but nothing seems to work. Lately the process has been crashing even more frequently and I can't even get a game on before it occurs. 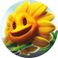