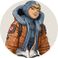 First of all, I'd like to clarify that I've never used Origin before. This is my first experience with the platform and I gotta say... It's not making a good first impression with me.

So first off (obviously), I tried downloading Origin onto my PC from the website. No problems there of course, but that's literally the only thing that worked.

Went to my downloads and tried to originthinsetup.exe... (whatever "thin" means...) It immediately came up with an error stating that msvcp140.dll was not found, and then followed up with a second error message stating that vcruntime140.dll wasn't found either. Wonderful. Oh, did I forget to mention that this is the latest version of the software.

Despite this, I wanted to give Origin a chance and try and fix the issue. The error messages recommended reinstalling the software in case that worked. I didn't have any faith that trying this would actually achieve anything; but I tried anyway. Spoiler alert, It didn't work. So then I referred to the forums to see if anyone else has experienced something similar. Yes. Yes they had. But sadly there was nothing that sounded truly identical to my issue so I gave up on finding answers (that's the other reason why I'm writing this now).

One legitimately good idea that I got from the forums was to download an older version of originthinsetup.exe (from a provided link), install that version, then let it update automatically. And I had some success with this. The software installed and then it tried to update... but then it failed to update for some reason... However it did give me a link to download the latest version of the Origin setup. This latest version in question is inexplicably different from the one I initially downloaded from the official website; The file's called originsetup.exe. And, much like the version I originally downloaded, this other new version just comes up with same errors as before when double-clicked on.

After this I downloading the latest versions of the specific .dll files that were missing, then putting them in the C:\Program Files (x86)\Origin folder (they downloaded as .zip files, and yes, I did extract them within the folder). The only problem with this is that this is for the folder for the "older" version that actually installed. In other words, the one that works. I have no way to access the inside of the new versions, for there is no folder as it cannot install. Attempting to open them with Notepad ++ just gives me what I assume is an encrypted version (unsurprisingly).

Does anyone know what I should do to get it working???

Electronic Arts. In the politest way possible... Please fix your software because it is genuinely... terrible

I am an Apex legends player

First i had another peoblem with origin launcher .also an dll error wich caused the origin not to display correctly.that problem caused me to remove and re install my windows entirely.and when i tried to instaal origin on the freshly installed windows i got the same error as you.what fixed it for me was unistalling the visual c++ redistribution pack via control panel -apps- find it and uninstall.then i downloaded the latest visual c++ redistribution pack from Microsoft website ...but i downloaded the ×64 and  also thex86 one aswell.there is 3 options and i downloaded all of them.it sorted the problem out.i think because my pc and windows is 64bit and origin is 32bit.downloading the 32bit(x86  visu c++ )worked.good luck i hope u get it sorted.Apex is an excellent game.here is the link for the downloads.make sure to uninstall the current one first.   https://support.microsoft.com/en-us/help/2977003/the-latest-supported-visual-c-downloads 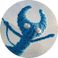 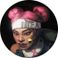 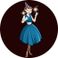 tried this and restarted the pc - still comes up with the same message. any tips? 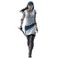 You're a freaking lifesaver! Thanks!

you rock!! it worked!! i dont know anything about apps within the computer lol but wow this actually worked!! thank you 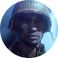 I just wanted to say that I have searched high and low for answers to this exact problem, and this is by far the only successful method.  To anybody who has this problem, DO THIS! it works!

Thanks dude! This really helped and solved my problem. I had been searching everywhere to figure this out and had reinstalled windows like 3 times (trying both 32-bit and 64-bit versions). This worked!

download & install both the 32bit and 64bit C++ downloads, then restart your computer. Try that.