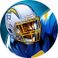 How do I buy the Battle Pass?

What happens if I buy my Battle Pass late in the season?

You’ll receive all of the rewards up to your Battle Pass level (which is your current level for the season) retroactively! For example, if you’re on level 20 for the season when you buy the Battle Pass, you’ll unlock all rewards for every level up to 20, plus three special Battle Pass skins.

Can I keep leveling my Season 2 Battle Pass after the season ends?

No, the rewards available in the Season 2 Battle Pass can only be earned until the season is over. After it ends, you won’t be able to earn additional Battle Charge content.

Do I keep my stuff after the season ends?

Yes! You keep every Battle Pass reward you’ve unlocked after the season is over.

What if I don’t buy the Battle Pass? Can I still earn rewards for free?

Yes. Even if you don’t purchase the Battle Pass, you can still earn the following items for free:

If I buy the Battle Pass, can I also get the free rewards?

Yes! Everyone can earn the free rewards during Season 2.

What’s the most efficient way to level up my Battle Pass?

You can also earn an extra 500 Battle Pass XP for your first kill of the day with each character (max three unique characters per day).

What Are Daily and Weekly Challenges?

For all the details on how challenges work, check out our blog here.

If I own the Battle Pass, can I buy levels past level 100 to get the bonus items?

No, you can only purchase levels up to level 100. You must earn the final 10 levels through playtime.

Will the Battle Pass rewards ever return after Season 2?

No. All Battle Charge cosmetic rewards (excluding Apex Packs and content dropped from them) in the Battle Pass are exclusive to Season 2 and will never be available again. Players in future seasons will be jealous of your OG status.