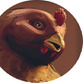 Up your game as we up the armor. Drop in with your armor locked and prove you’ve got the skills to come out on top.

Throughout the last year we’ve heard many fun ideas from our fans about different ways to play Apex Legends. One of my favorites has been suggested countless times, and even more so when we introduced the Evo Shields in The System Override Event.

I’m excited to announce that starting Tuesday, April 28 we’re introducing a new limited-time mode called Battle Armor. The Battle Armor event takes place on World’s Edge and will evolve over 7 days, with a new twist on armor every few days.

Here’s how it’ll play out: during the event rotation only one armor type will be available, and players will drop into the match with it already equipped. Players will also drop with a P2020. All armor will be removed from the loot pool, but shield cells and batteries, as well as all the other sweet, sweet loot, will still be available (just not armor).

The schedule is as follows:

Saturday, May 9 @ 10:01 am PDT - Tuesday, May 12th @ 10am PDT (when Season 5 kicks off): Evo Armor only. Players have been asking for this since we introduced the concept of Evo Armor, so we’re particularly excited to see how this unfolds. And if you want a pro-tip from me: get in fights early, or you’ll be left limping into the final circle with Level 1 armor! We’re also turning on double Level XP for Top 5 finishes across all modes during this phase.

The Battle Armor Event is just one way we are going to start experimenting with the core gameplay of Apex Legends, and we’re excited to introduce even more twists in Season 5 and beyond.

From the entire Apex Legends team here at Respawn we just want to say thanks for all the love and support you’ve shown the game. We love to hear your feedback so please share it with us, and I look forward to seeing you in the Games.

Let us know what you think over at the discussion thread.