AN INFECTION TAKES HOLD IN THE OLYMPUS MAP UPDATE

AN INFECTION TAKES HOLD IN THE OLYMPUS MAP UPDATE

Lead Level Designer Dave Osei walks you through the changes coming to Olympus in the Legacy update.

Hi, I’m Dave Osei, Lead Level Designer on Apex Legends, and today I want to walk you through the changes coming to Olympus in the Legacy update.

IDENTIFYING OUR GOALS FOR OLYMPUS

Our map updates have always allowed our designers to shake up current rotations and give you new, exciting combat spaces to learn, master, and (hopefully) outplay your opponents.

For this latest season, our first step was to identify what we wanted to change and how. We knew Olympus launched with fewer points of interest (POIs) than our previous maps, so we wanted to tackle that first and lay the seeds for future content. We have grand ambitions for the future of Olympus and this season you’ll begin to see those ideas take root—literally. 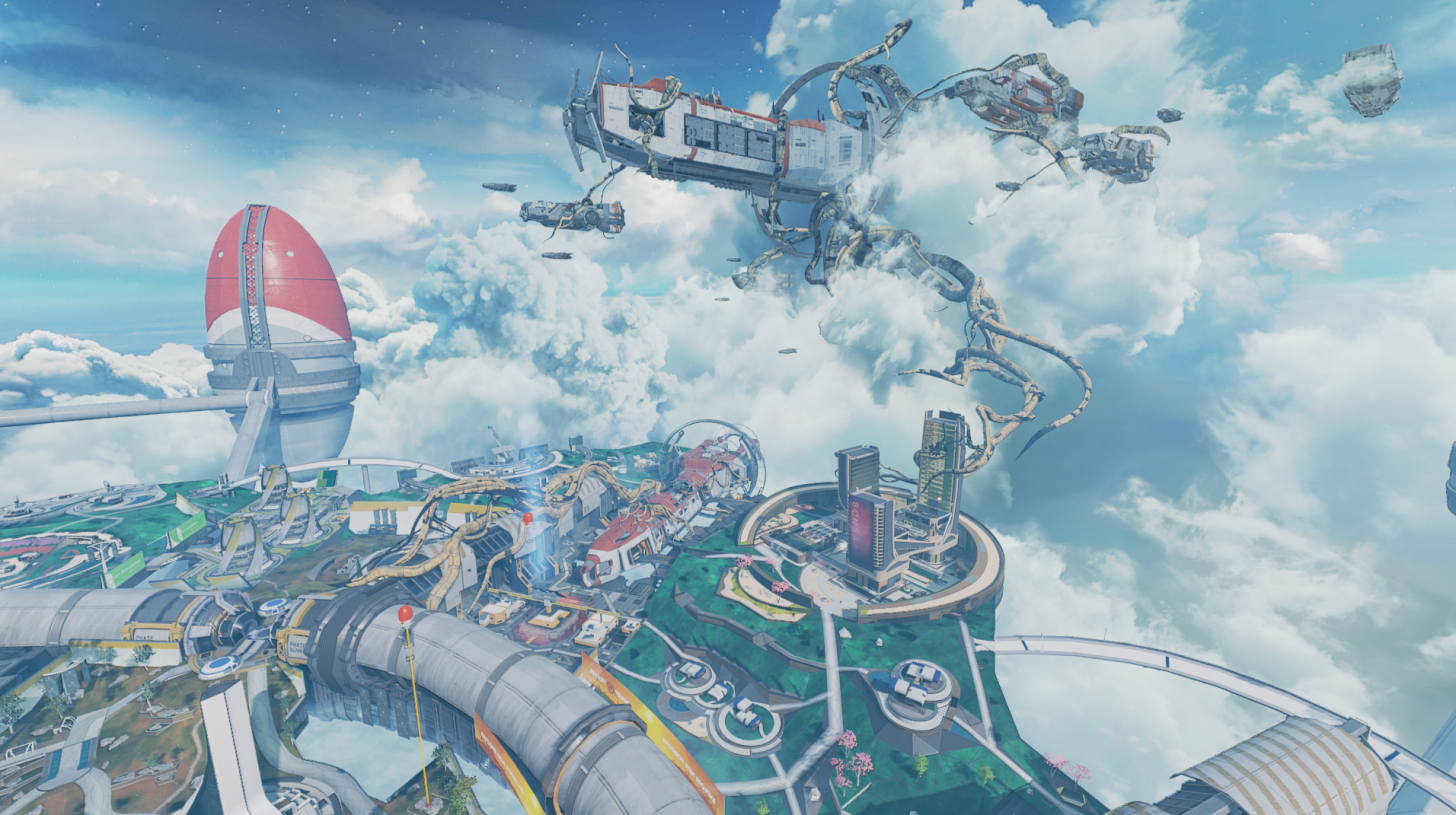 A rogue fleet of ships from outer space has breached the atmosphere of Psamathe. Its lead vessel, The Icarus, has docked with Olympus, bringing with it a viscous, parasitic plant of unknown origin. The resulting outbreak begins to take root along the surface of Olympus and the accompanying vessels can be seen from as far away as the Docks. 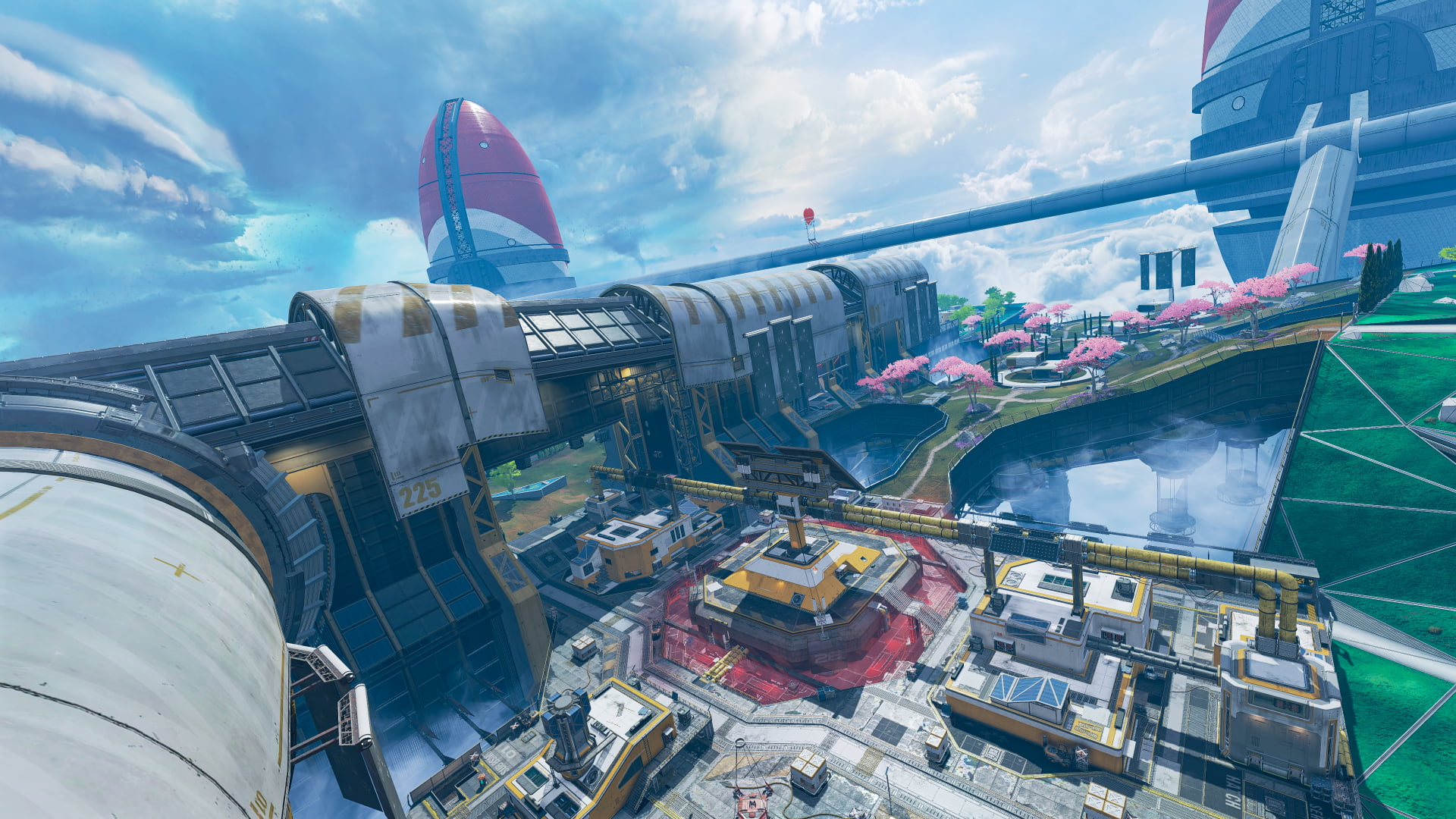 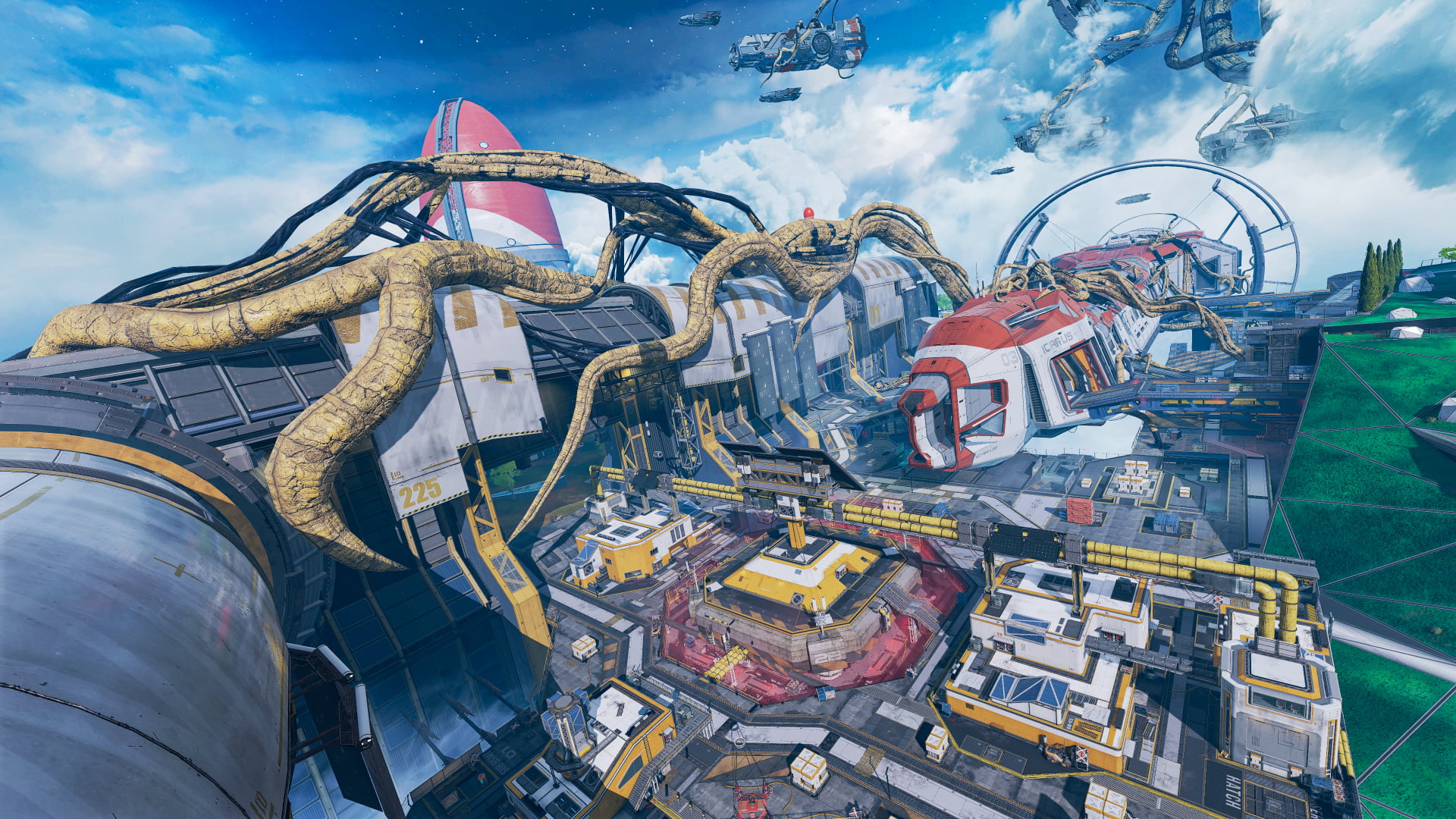 This new drop location can be found between Bonsai Plaza, Solar Array, and Orbital Cannon. The decrepit ship hosts four large rooms and contains tons of loot. Many squads should feel comfortable landing here, spreading out along the spine of the ship and pushing across its claustrophobic spaces.

Before the ship docked, Crossroads was a sniper's paradise with long lines of sight from Bonsai Hillside all the way across to Orbital Cannon. The Icarus blocks most sightlines, and while squads can still take advantage of the steep advantage from Bonsai, they’ll need to be wary when pushing into the vessel. 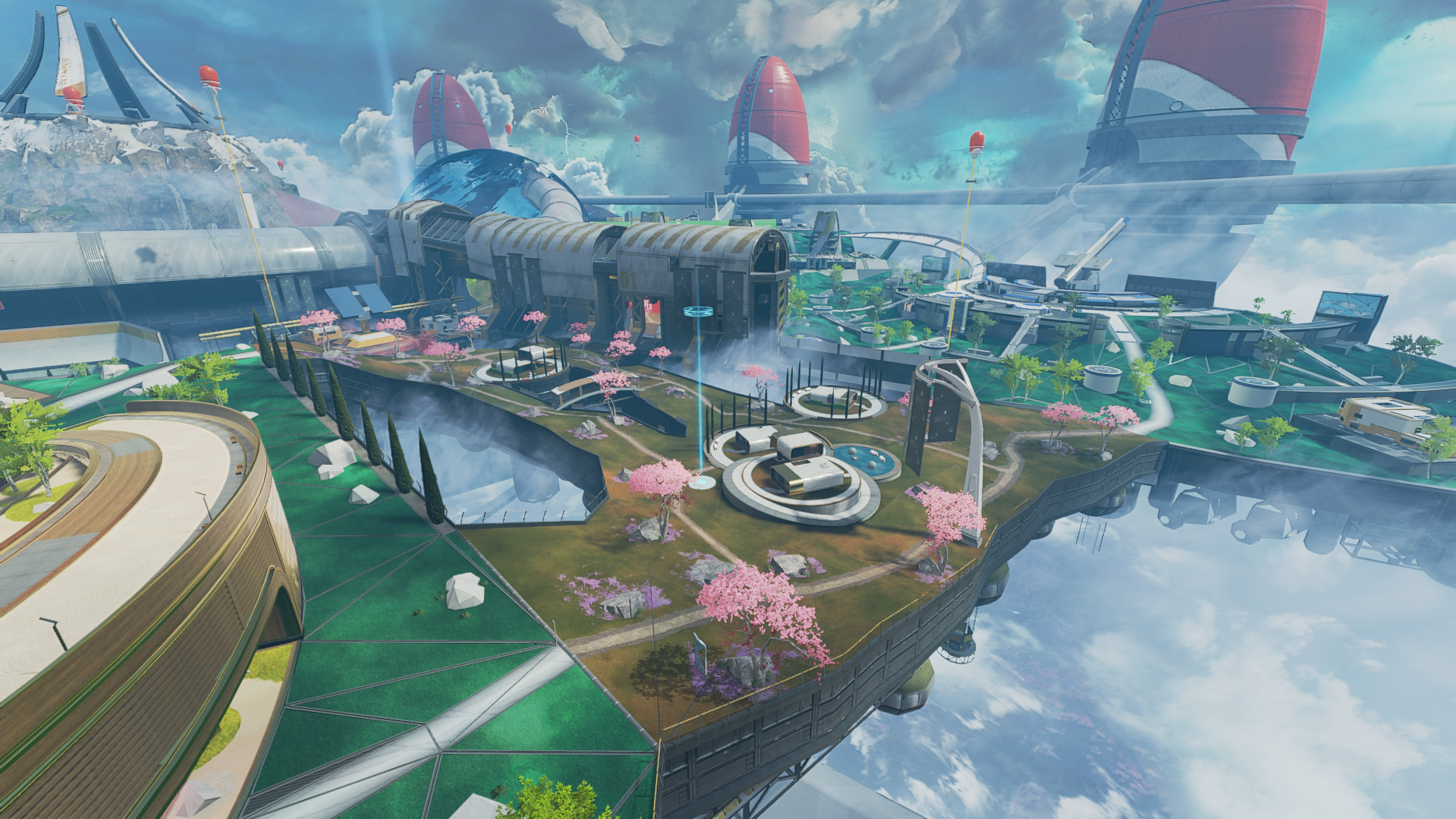 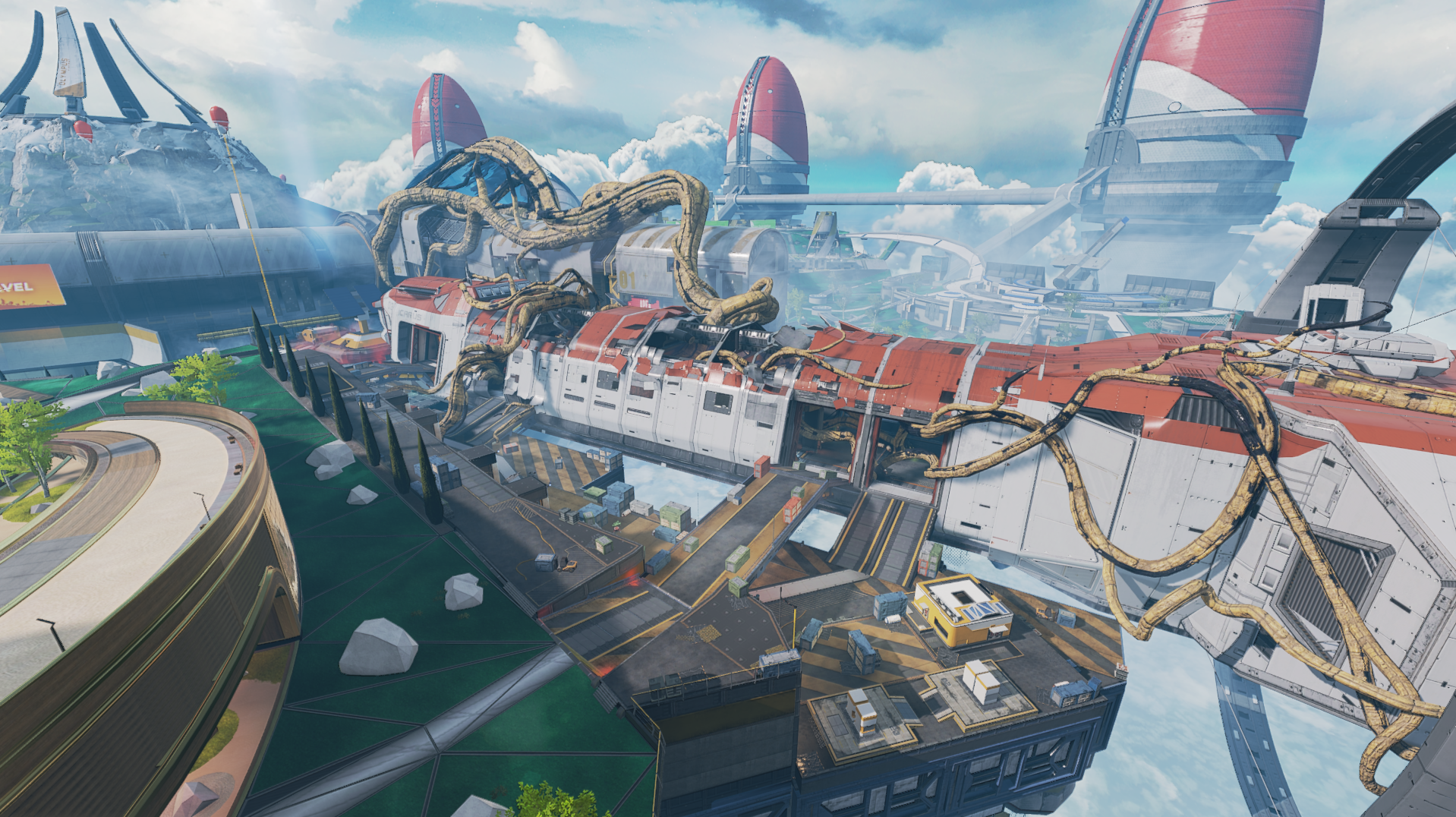 Throughout The Icarus are the corpses of some of the scientists who worked aboard the ship while in deep space. Be sure to take advantage of the leftover keycard that spawns randomly upon one of their bodies. (It’s not like they were using it, right?) If you find the keycard, rush to the front of the ship to gain access to the best loot aboard The Icarus. Inside, players can also take advantage of the view to plan their next route. Be careful you don’t get ambushed, as other players can steal the keycard from your deathbox.

Before releasing Olympus, we tested a version of the map with no redeploy balloons. At the time, we felt that Tridents were powerful rotational tools on their own, but we weren’t confident in that decision, so we left redeploy balloons in.

Now that the map has been live for a while, we feel more confident in how Tridents are being used to facilitate rotations players are taking, so we’re removing two redeploy balloons. In short, we’re doing this to push players to better plan their routes. But a change like this begs explanation, so let’s dig into the details.

The redeploy balloon outside Golden Gardens was perfect for dropping onto unsuspecting players in many zones close by, exacerbating the “third-partying issue” many players find frustrating. With the height of the zone and the position of the balloon, players could land on top of squads in Grow Towers, Energy Depot, Hammond Labs and the infamous choke at Phase Gateway Central. We believe it was too powerful of a rotation option with very few drawbacks.

While we considered simply lowering the balloon, we realized we’d have to make significant reductions in height to reduce its rotation strength, so we decided it would simply be better to remove it. Players can still move forward to the Energy Depot redeploy balloon for just as much power in rotations, but with a little more risk of entering the zone. 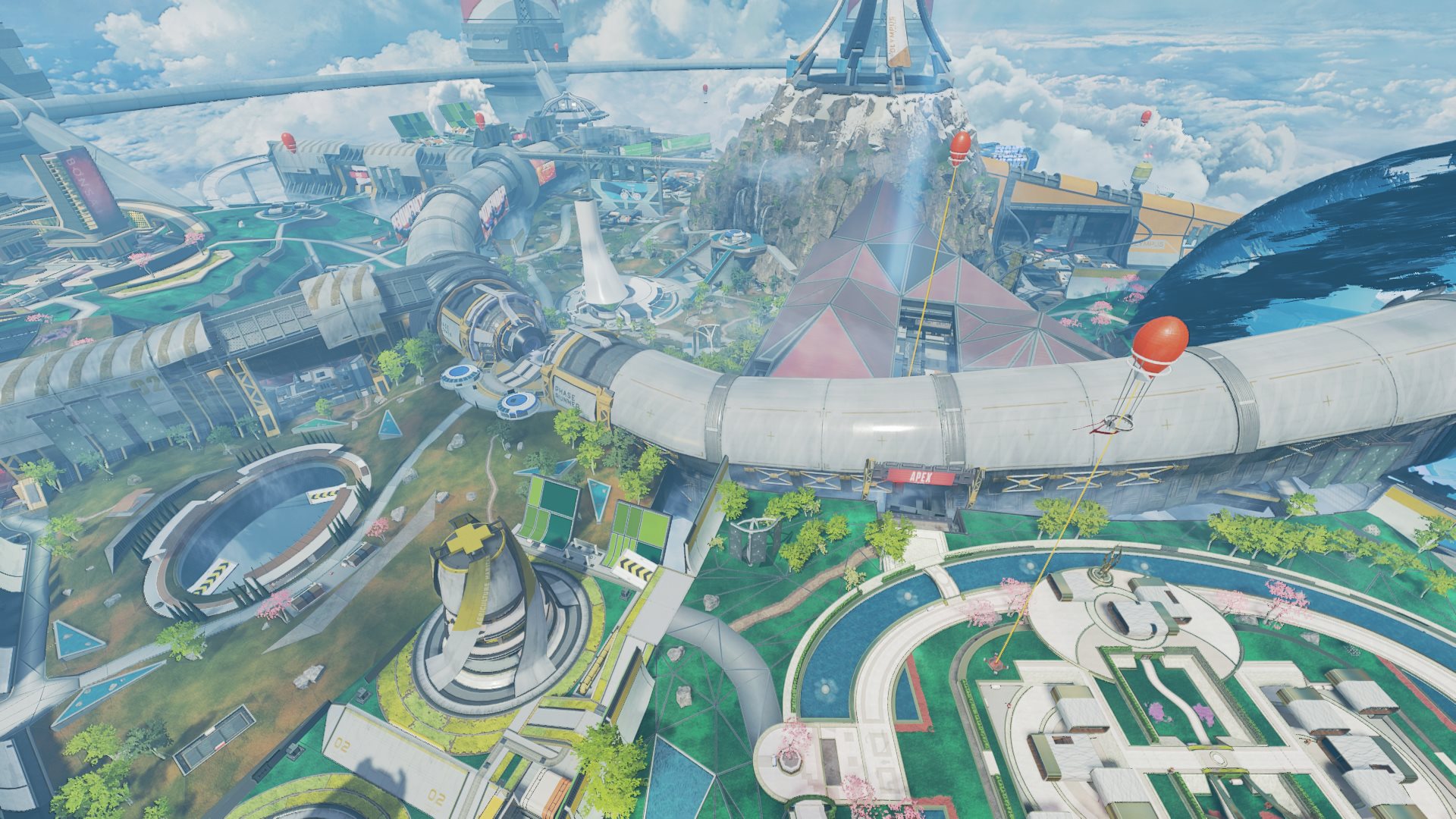 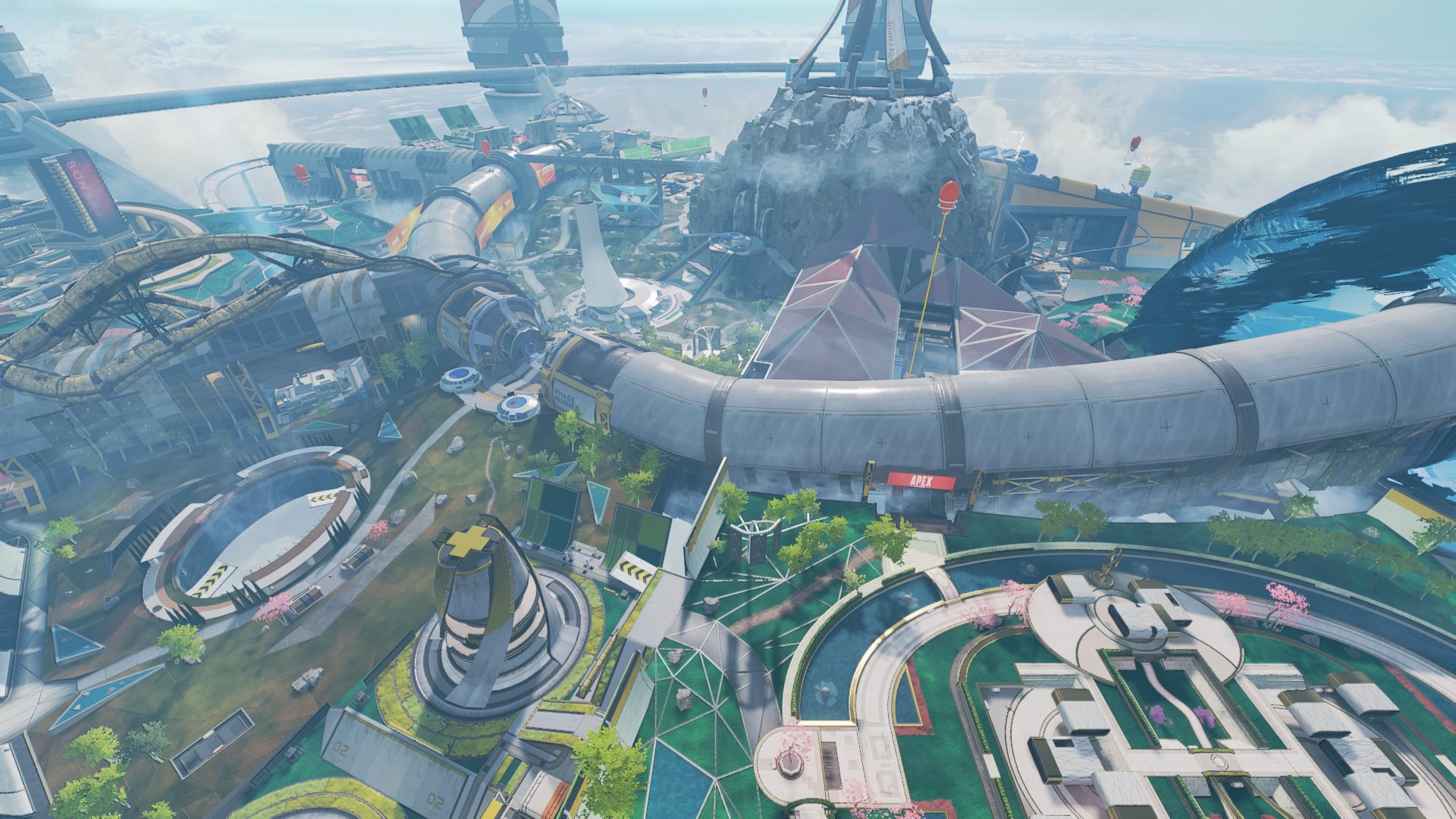 The redeploy balloon outside Orbital Cannon wasn’t a potential issue when Crossroads was an open, grassy field. With The Icarus now replacing Crossroads, the potential for third-partying has increased. This is because The Icarus is a large zone with many sightline-blocking geo and choke points along both the interior and exterior. In Apex Legends, it’s important we keep awareness of threats as predictable as possible, so this redeploy balloon was also cut. But keep in mind that there are two Tridents in this zone for players who prefer to land far outside the circle.

Similarly, some of the highest redeploy balloons (like at Solar Array and Energy Depot) have been slightly reduced in height. The goals here are the same: reducing third-partying, and demanding more intentional planning for your rotations. This will not impact shorter rotations directly over the Phase Runner. 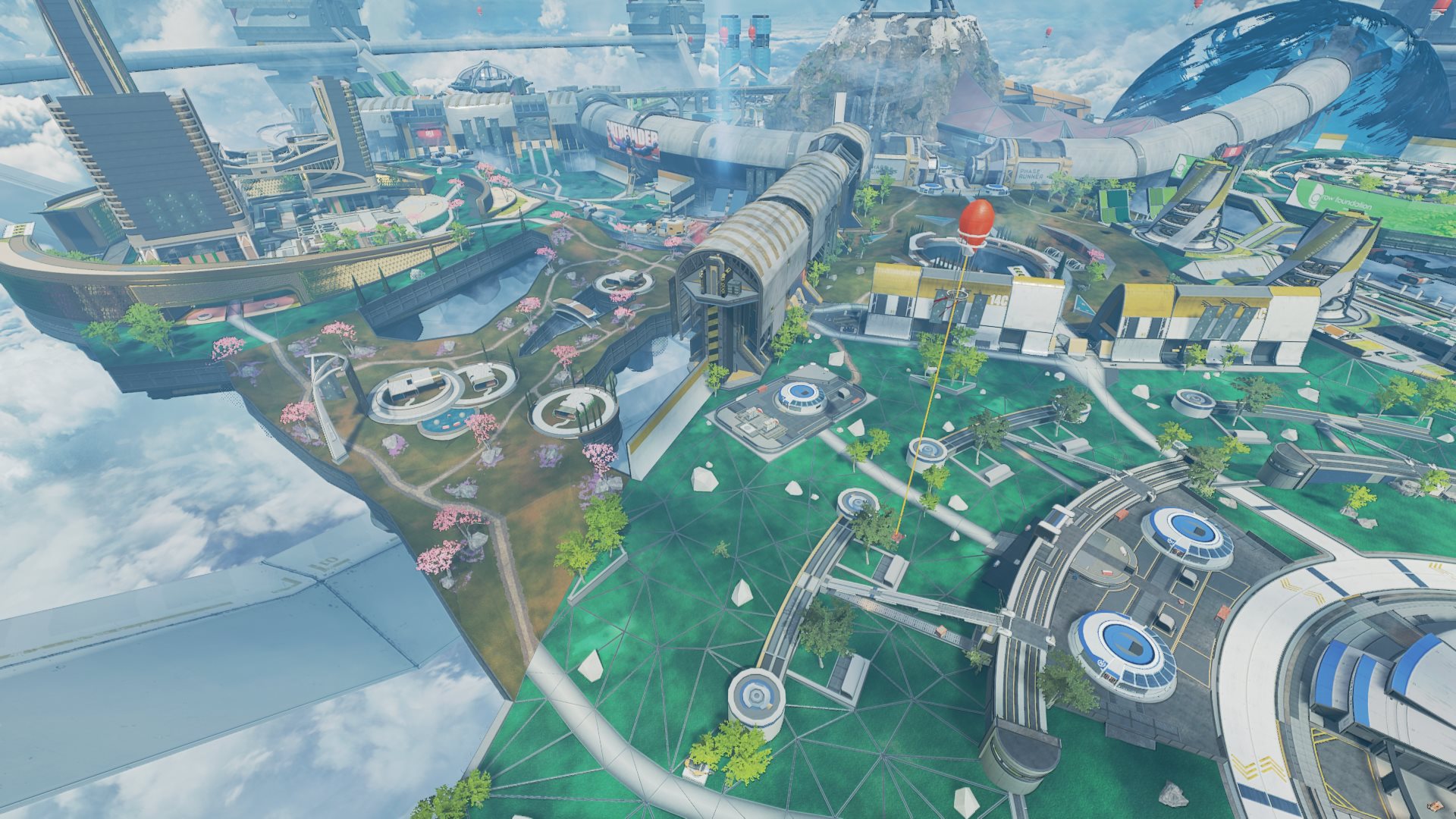 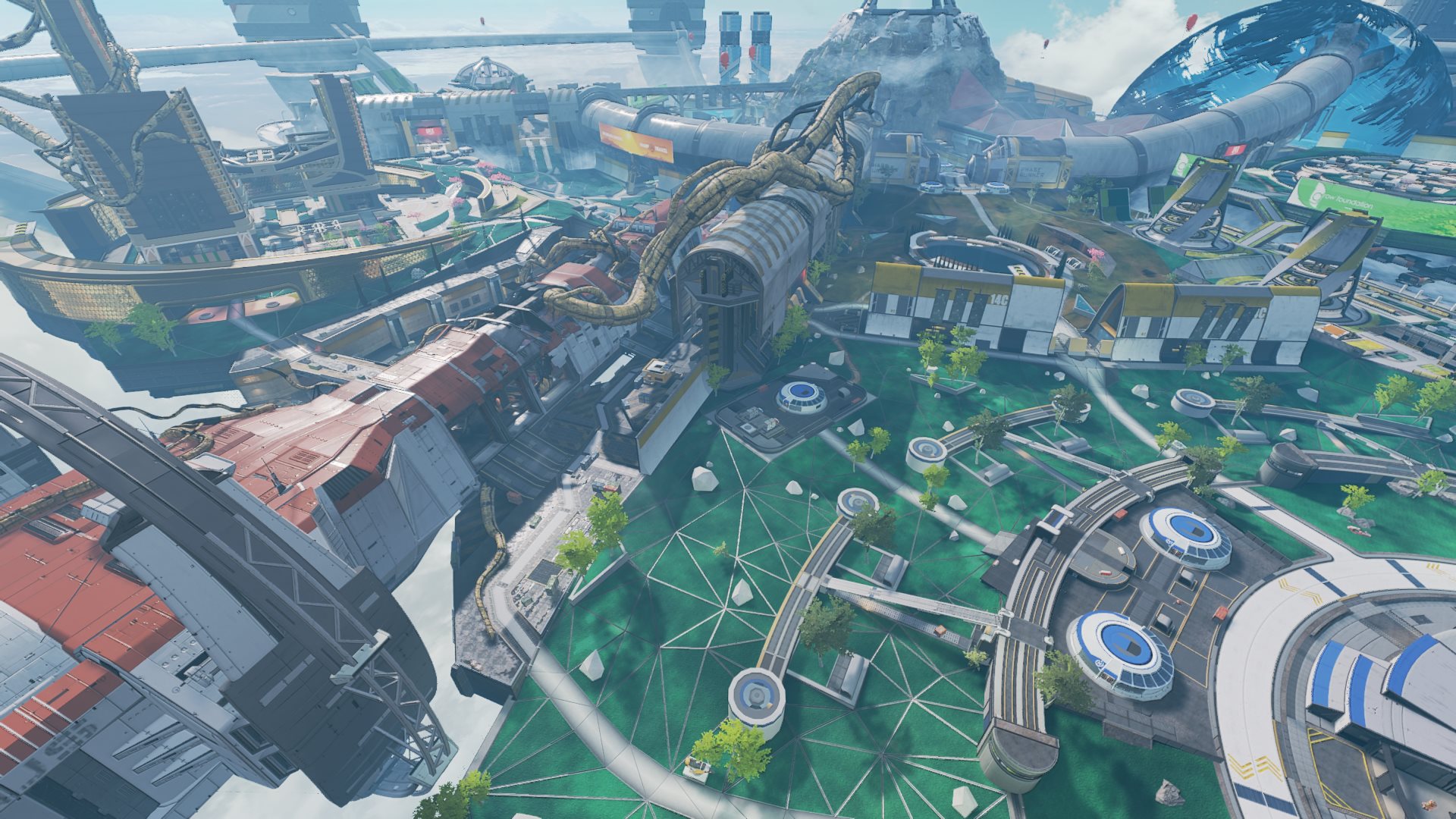 Design decisions like these are never easy, and we welcome your feedback on the changes. Going forward, expect us to take a look at other areas of Olympus (and other maps) to address how redeploy balloons contribute to third-partying. 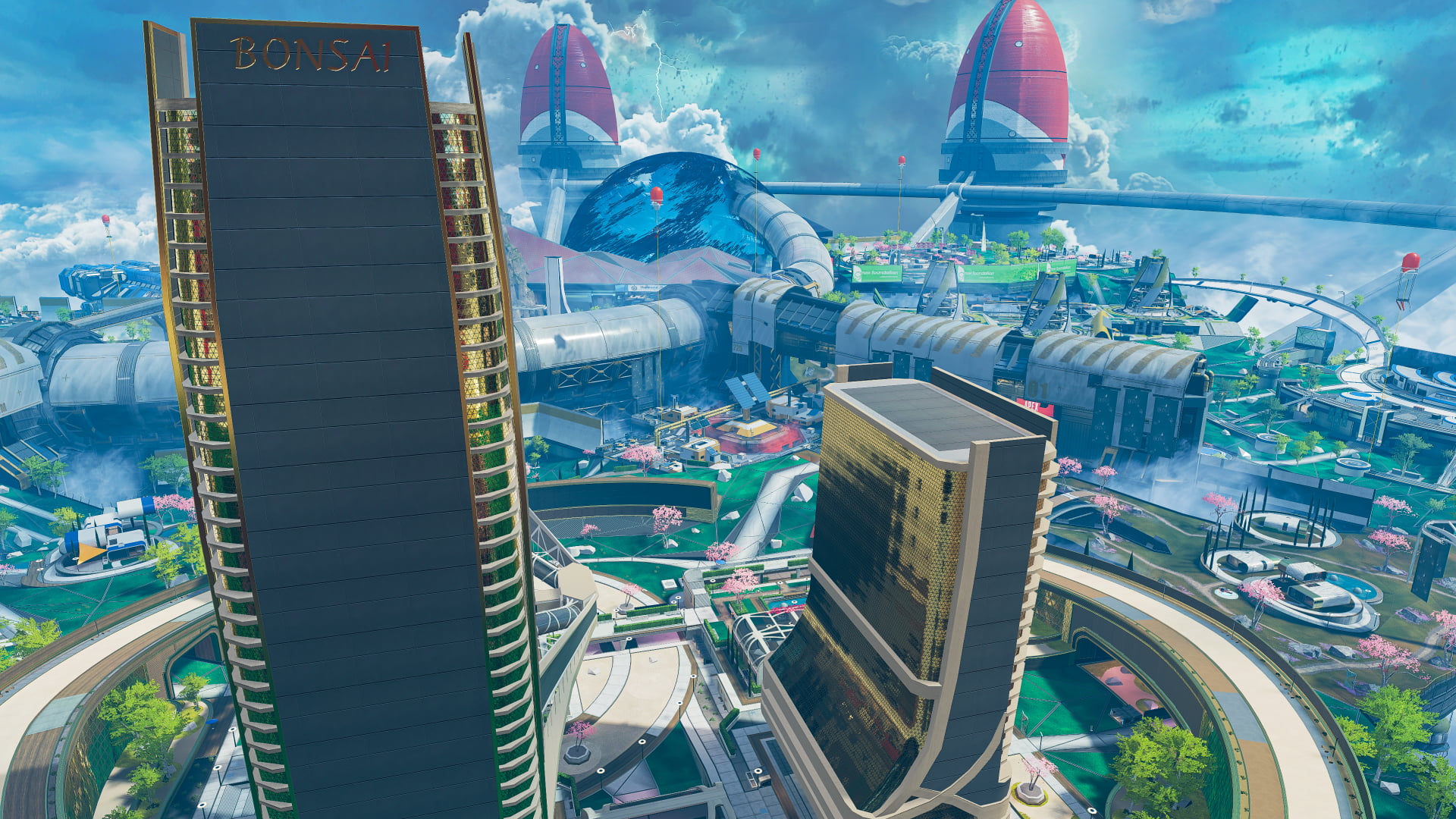 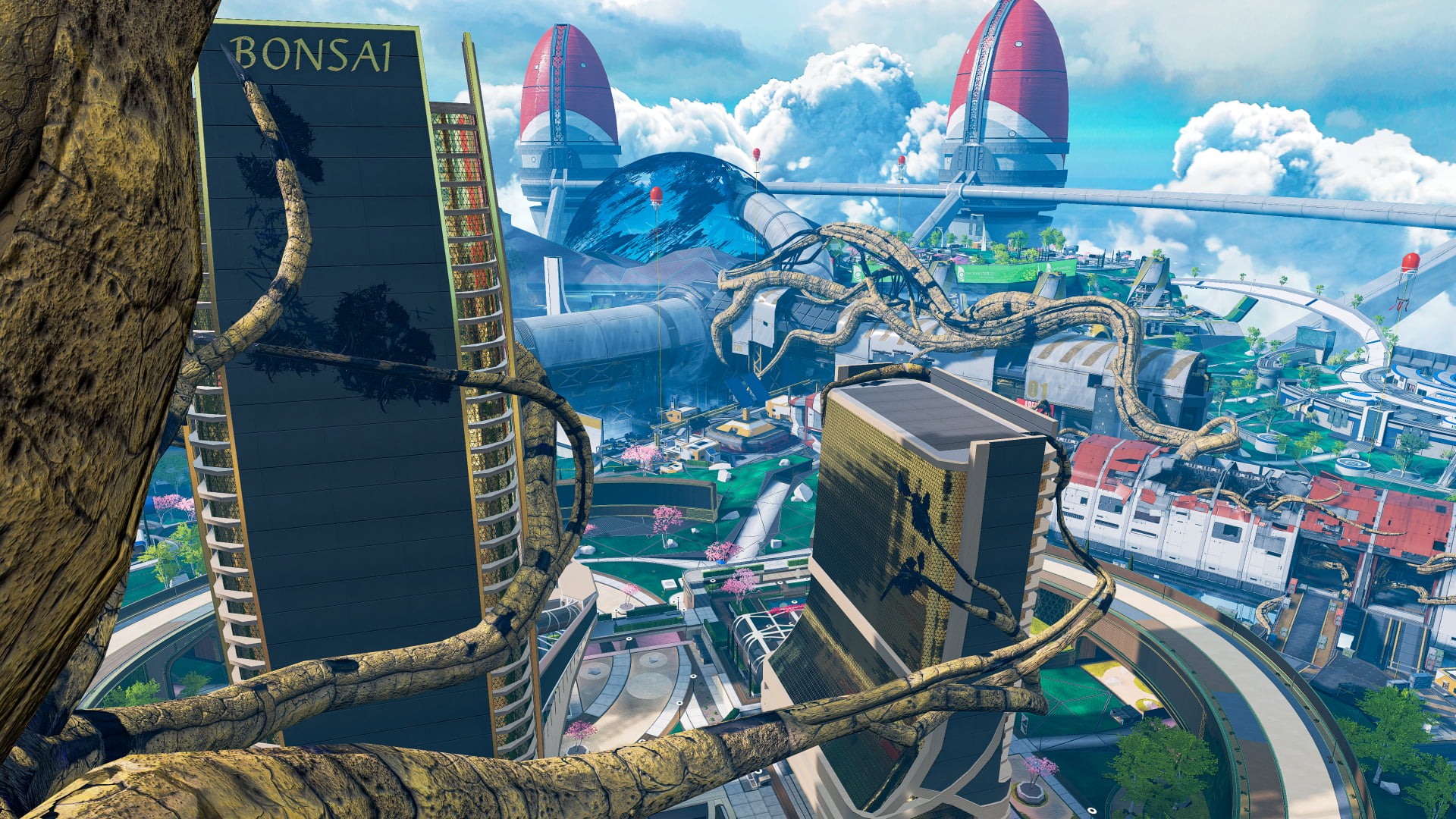 As always, thanks for playing, and we look forward to seeing you when the Legacy update drops!