I agree. But not like pro street . As it was timed. Rather more like a real drag race, no timer count. .500 sportsmen light and you go

Yeah ,I hope so ,Like Forza Horizon series.I hope 2019 Need For Speed better use need for speed the run control handing

NFS 2015 in my opinion is one of the best NFS games.I spent hundreds of hours playing it,,It looks gorgeous too.

Use 2015 and it''s near perfect car custimization formular to build a new game on, and you will be onto a winner. 2015 had feel, it had its own identity,,,yer the nightime theme I really liked.

Make sure it WORKS on release, EA''s reputation is so bad on this. 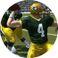 I think your talking about the up and coming Underground 3 coming out in 2019.

Everything you want in what you posted!

Keep an eye out for this at the next EA show spring 2019.

Sharing the XP so please share back thank you.

You have so many complaints about NFS Games, then what are you doing here. What are you even doing on ea page. My review for series is:

Undercover- Graphics were good but not the gameplay. Not very good

Hot Pursuit- One of the greatest NFS ever,

The Run- I loved the game, handling was a little harder but I still like the game though the game wasn't open world still I enjoyed.

MW2012- Game was good but they shouldn't have used the name Most Wanted, I hate ea for that when they misguided us with the name most wanted. Game wasn't even close to legendary MW2005. OK

Rivals- Rivals was a good gameplay game but, boring for me, OK

2015 NFS- This was graphically most amazing game also gameplay was great, didn't like online only architecture of the game. Nice game

No I am playing No Limits in Mobile I love that even more.

I agree but does that mean you can also play to your gender you are or identify with as well in today's video gaming industry gender and race is never allowed to be explored with character development or portrayal into today's video games their males and females and transgender people playing video games today and they can't create a character that best represents who they are in the real world.

I highly liked the last part of your long thread where you stated the following.

"2015 NFS- This was graphically most amazing game also gameplay was great, didn't like online only architecture of the game. Nice game

Its good to know EA is Straight up with male and female characters in there games.

Yet this has zero bearing on me playing a racing game!!

We play NFS for the Cars, Customization, and Racing events.

For those of us who are the older generation (Age 39 & UP) who  have families with kids that don't want that kind of thinking.

We certainly don't want that gender advertisements in our Racing games either!

There are far better threads on the internet to speak on your topic of interest to make your voice heard.

Please let's just keep the commentary to the central focus of Payback game!

Payback is about racing & centered on the Cars, Customization, or other related in game material!

Going into such a deeper topic outside of the game  in my opinion is off topic and out of bounds  as you have mentioned here,

Sadly this only causes a riff in the community and is off base for many who have children they want to protect from such topics.

So please post something based on Payback or some kind of car or customization.

Dude the NFS series has been pure arcade since 2003, when they decided too make NFS more Fast and Furious like. But if you go back tooo 1994-2002, then NFS was more simcade since all racing was on tracks. With stock supercars and no tuning no nos, i would say NFS then was much more realistic compared to todays ricer games.
Message 99 of 128 (793 Views)
Reply
3
Highlighted 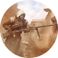