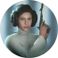 There is a bit of a delay when closing the menu. When ever I resume the race, there is a moment where I can't control the car at all, and it ends up throwing me off when I press the back button to get out of the menu. On the 2010 version it was perfect and I could instantly hop back into the race from the pause menu and there would be no delays. But now it just takes so long just to get in and out of the pause menu.

My second rant is about the in-game cinematics. When ever I come back from a cutscene whether it's busting a car or using an emp/spike strip, theres always that 2 second moment where the game AI controls my car. And this is a problem when coming through corners. It either throws my car off track or sends me flying into a wall. Just like the pause menu in that amount of time, it does the same thing where I can't control my car. I would really appreciate that this issue gets fixed because it was also a problem in the 2010 version.

2 people had this problem.
Me too
Message 1 of 1 (93 Views)
Reply
2
New topic
Twitter Stream